Book Review: To The Stars, Isabelle 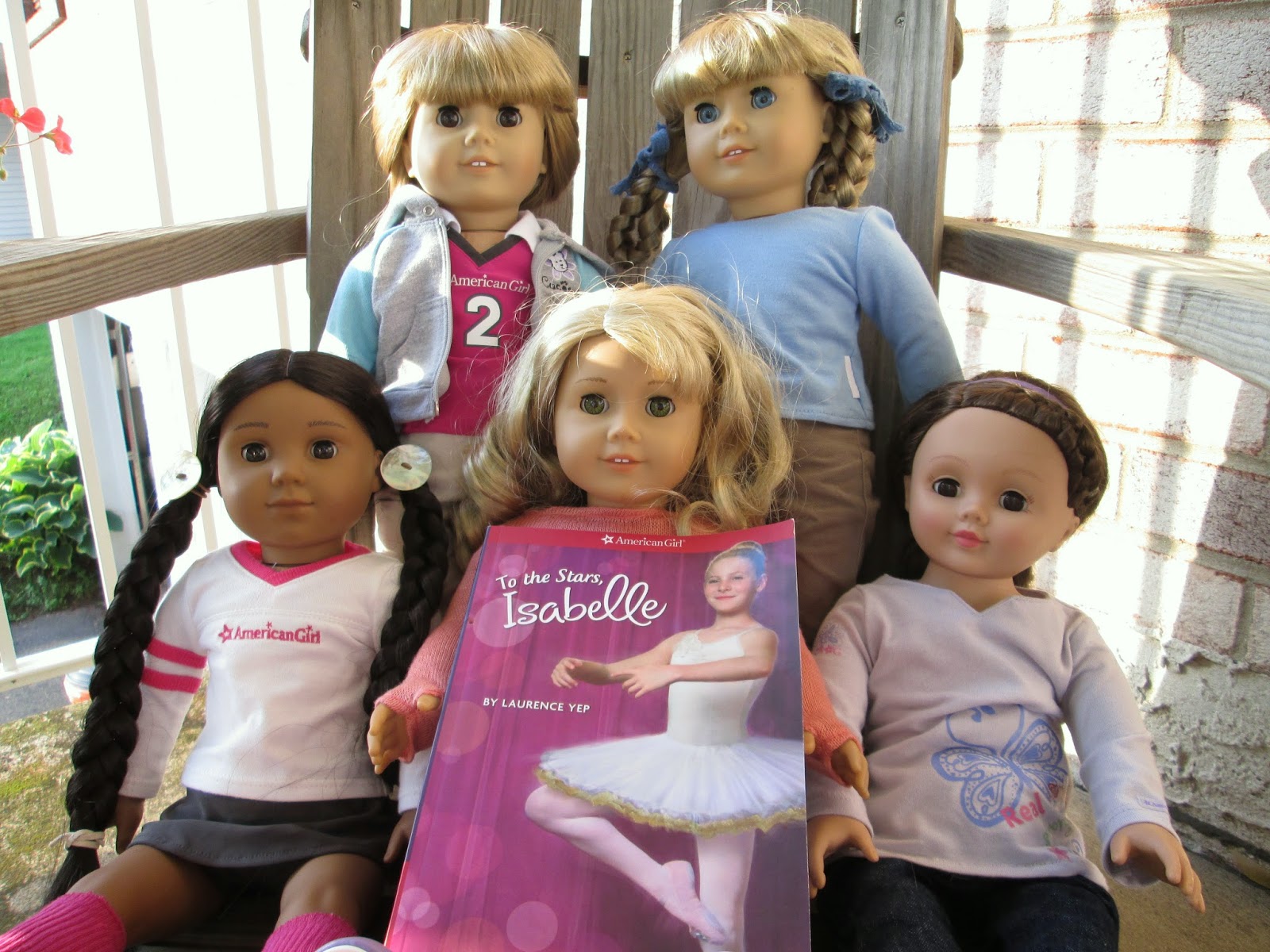 To The Stars, Isabelle by Laurence Yep 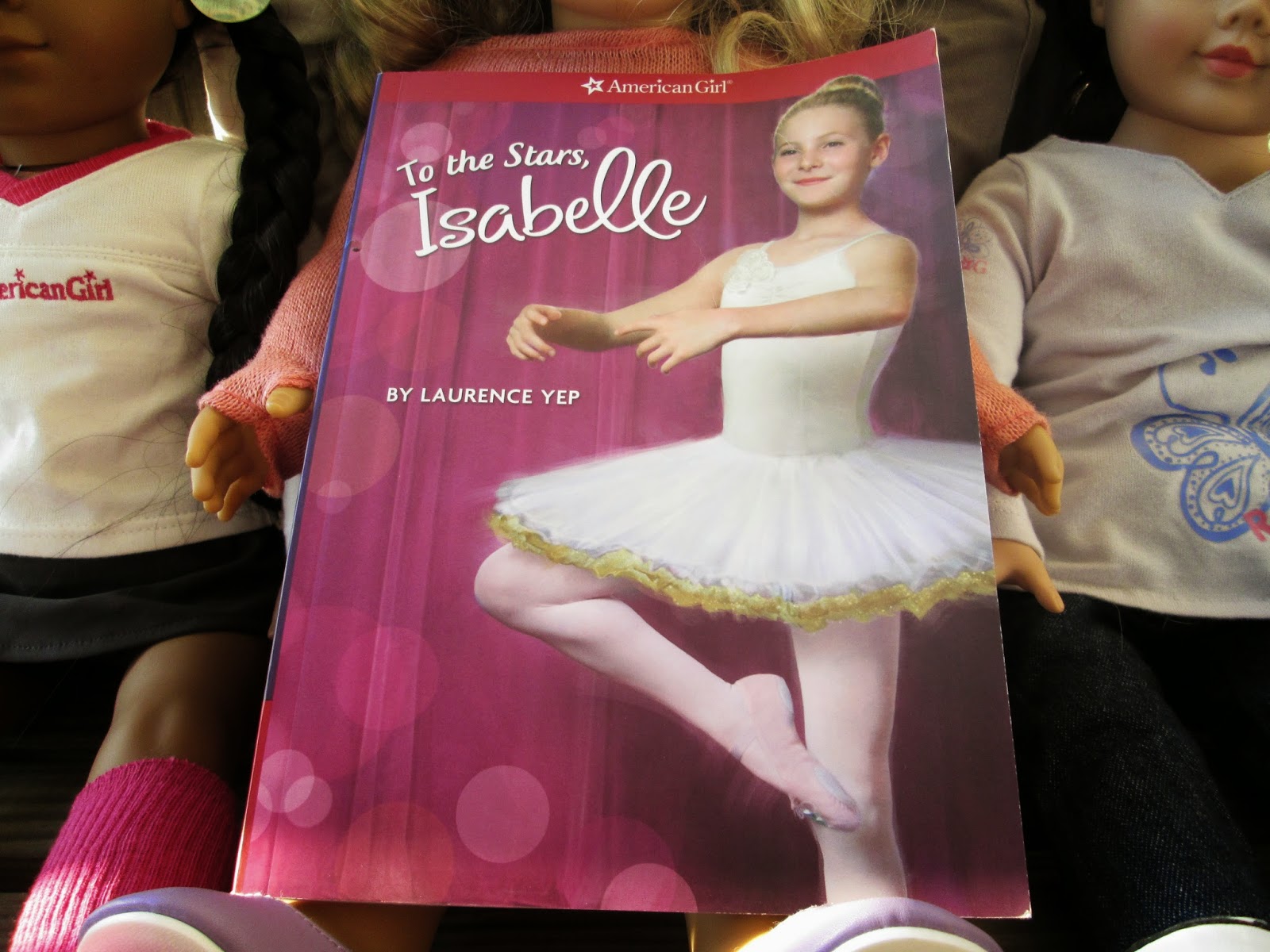 The blurb calls Renata "bossy," but she's not really bossy, she's used to having things her way. When things don't go perfectly she gets mean. She's definitely jealous and that comes out in how she treats Isabelle.
I really liked reading this story and seeing how Isabelle and the others adjusted to their surroundings.

This was really good. I wanted to read straight through, but didn't. There was so much excitement. The tension during rehearsals, performances, and at home...and then it ended well too! (Oh, I hope that's not a spoiler.)

Finally, more Luisa...but still not enough! Honestly, I still want more from the best friend. You know, best friend stuff - hanging out after school and rehearsal, phone calls, and all that kind of stuff. I did like the book; I just want more.

Really enjoyed this book. So many great moments and some excitement; not to mention a few surprises. The capes were really cool...okay, one annoying moment - Isabelle's tantrum when Jade tries to help. We all get upset when things aren't perfect, but Jade's cape could be salvaged.

It seems like there could be more books written about Isabelle. The GOTY books have come so far...they could go a little further and make a birthday book too. Or one for each season of the year. Mr. Yep did a nice job writing Isabelle's story. He made it fun, exciting, challenging, and touching. I hope he gets to write more AG books.

To the Stars, Isabelle by Laurence Yep
My rating: 4 of 5 stars
This one was a true four star read. I really liked it and even had a few tears in my eyes at one point.

The story point that contributed to really liking this book is that of jealousy and learning about others. It is in the this book where the jealousy theme between Jade and Isabelle comes to a head. That being said, please note that the intensity is more like The Brady Bunch's Jan and Marcia; and I believe the "Marcia, Marcia, Marcia" episode has more drama to it. If you have children then you know that sibling rivalry is not nearly as neatly contained or resolved.

Of the three books, I feel this was the best. In it Isabelle pulls from lessons she learned in the previous two books to use deductive reasoning, rise above, and excel. She grows from student to leader helping others to do their very best.

As noted in my review of book two, the secondary and tertiary characters are really flat. Luisa, in particular, could have had much more definition in her role as best friend.

However, there was great detail in describing some scenes and emotions. Isabelle's enthusiasm working directly with Jackie became a true presence as I read. I was as fan struck as she was - can you imagine working with your favorite person one-on-one? That scenario was presented really well.

Overall, this was a touching conclusion to Isabelle's story. The character struggled and learned from her mistakes and rose above a few (very few) obstacles to become a stronger performer, individual, and sister.

Have you read the Isabelle books? What are your thoughts on them?

Posted by Xyra Silverleaf at 7:21 PM