Melody is an American Girl of Today #GT12E. 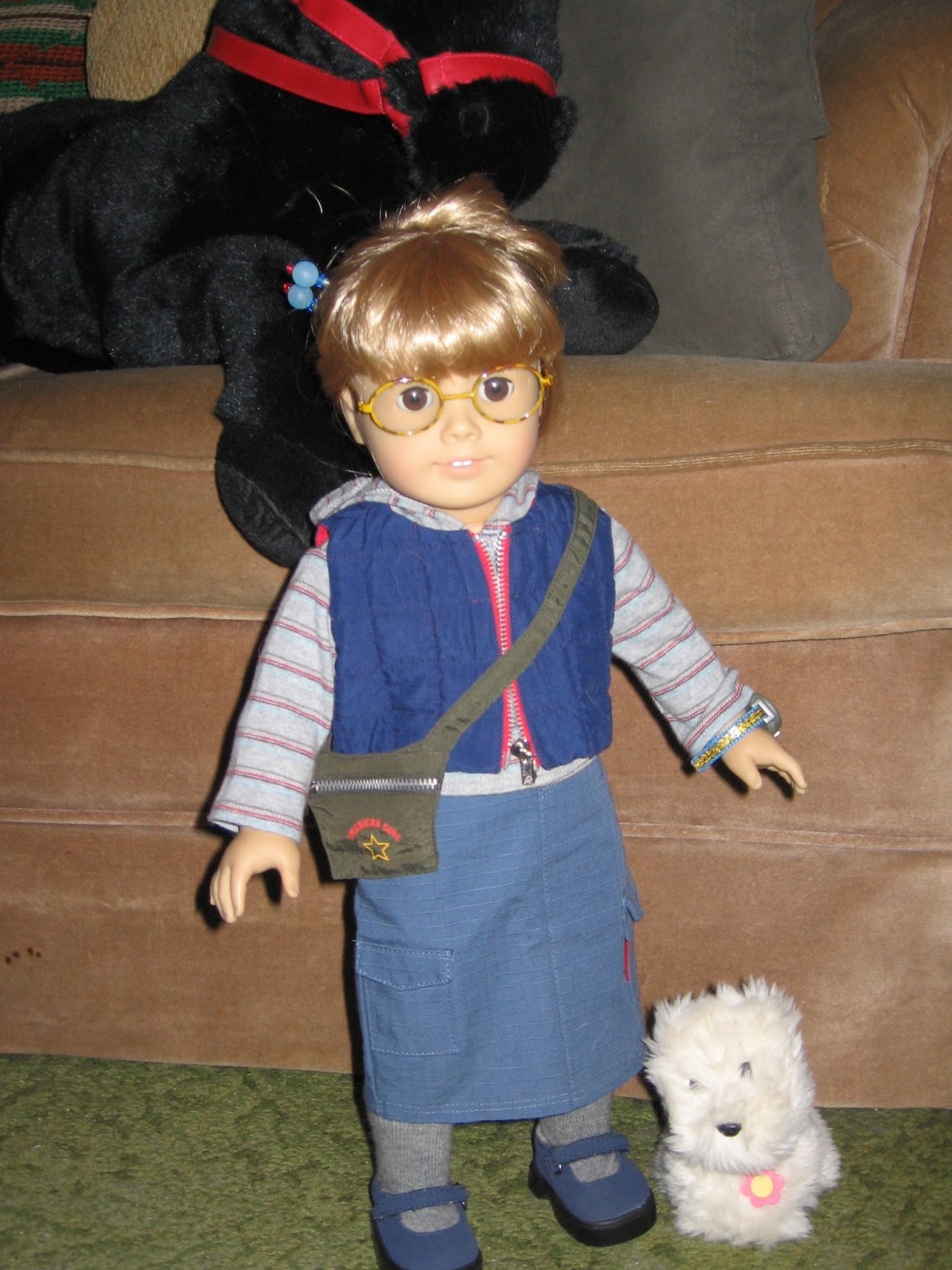 I have always been a doll person. Though being blonde (dark blonde) with brown eyes I couldn't find look-alike dolls as easily as my blue-eyed friends. Oh, well, I survived. Later one of my cousins mentioned wanting the Samantha American Girl doll and I checked it out.  The dolls were beautiful and I loved the idea of learning about history while playing. Then I looked at the catalog and saw the American Girl of Today dolls offered a brown-eyed doll with blonde hair...I knew what I wanted for Christmas! Back then the package deal included a doll in her meet outfit (AGoT included a write your own history book with guide and stencils), accessories, and Coconut for a little over $100. One of the best Christmases ever!

How did Melody get her unique name?

Melody is the drummer for Josie and the Pussycats - she was always my favorite of the group. Friendly, fun loving, ready to smile and lend a helping hand, and always underestimated due to her unorthodox thinking patterns.

Quinn...I've always liked the song Mighty Quinn (Quinn the Eskimo). The song was written by Bob Dylan and has been released as both Quinn the Eskimo and Mighty Quinn. The most popular version was recorded by the British group Manfred Mann and released in 1968. Quinn is a character whose arrival attracts the attention of local fauna; turns despair to joy; and chaos into rest. In the song Quinn is a guy, but the name has become unisex over the years.

After getting Melody, I received the catalog regularly and enjoyed building my wishlists. Mostly outfits and accessories. I did like another doll due to a slim connection to my heritage. However, I never really thought I'd get her.

Kirsten is one of the first American Girl historical dolls. She and her family describe what life was like for the Swedish pioneers who traveled to and homesteaded the Midwest US.

She has always peaked my interest as my great grandmother, Ingeborg Kristina Lindquist, came over from Sweden to join her siblings that had already immigrated to the US. (My grandmother taught me how to say thank you in Swedish.) So while I have read and enjoyed the Kristen Larson books from American Girl, my Kirsten is really Kirsten Larson Lindquist Silverleaf. I received her as a gift in 2009, the year her retirement was announced, so her collection is incomplete.

Still building wishlists from the catalogs, I was beyond excited when one arrived announcing a new American Girl historical doll.

The first American Girl. Kaya'aton'my' represents the Native American tribe of Nimiipuu or Nez Perce. She is AWESOME!

I have always had a great love and respect for Native Americans. An interest that led me to read and learn about the different tribes (my knowledge is still lacking), and write reports about their cultures or how they tried to work with the European settlers, but were betrayed. I've never quite understood my deep feeling for Native Americans, but I don't question it either.

I was so thrilled that the company acknowledged the true American girl that she moved to the very top of my wishlist. Still I never thought I would get her. She too was a gift in 2009 and arrived with Kirsten. 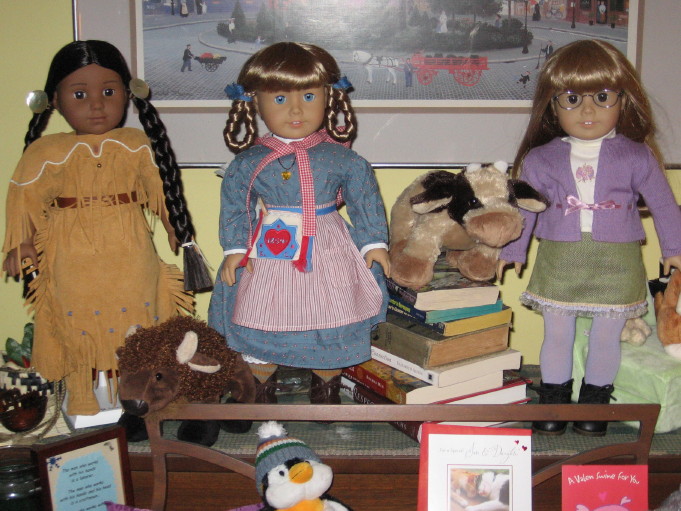 Previous girls of the year held little interest for me beyond reading their books and maybe getting a couple of items from their collections. Then came Lanie. Why is she special? Here is another doll with a personal connection. 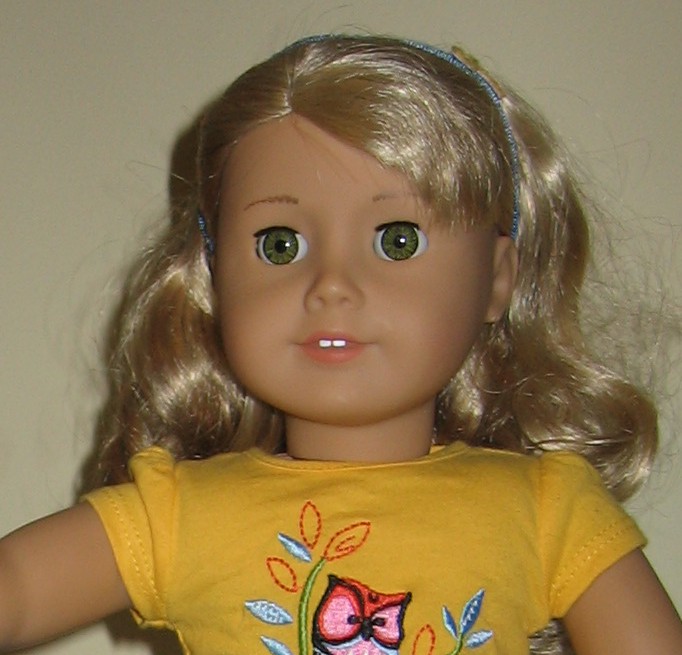 When I read her description, I laughed and emailed my family with the picture and details joking that I had to get her. You see, I have an Aunt Lanie who loves the outdoors, gardens, and has siblings (though more than Lanie Holland). Plus Lanie (doll) has a pet bunny and at the time we had 3 house rabbits (we still have 1). She just fit too perfectly. Before the beginning of Summer 2010, Lanie joined my collection.

"Okay, four is my favorite number...I should be done getting AG dolls, but not adding items to their collection (wardrobe, accessories, furniture)." Hahahahaha! How things change. Read on McDuff. 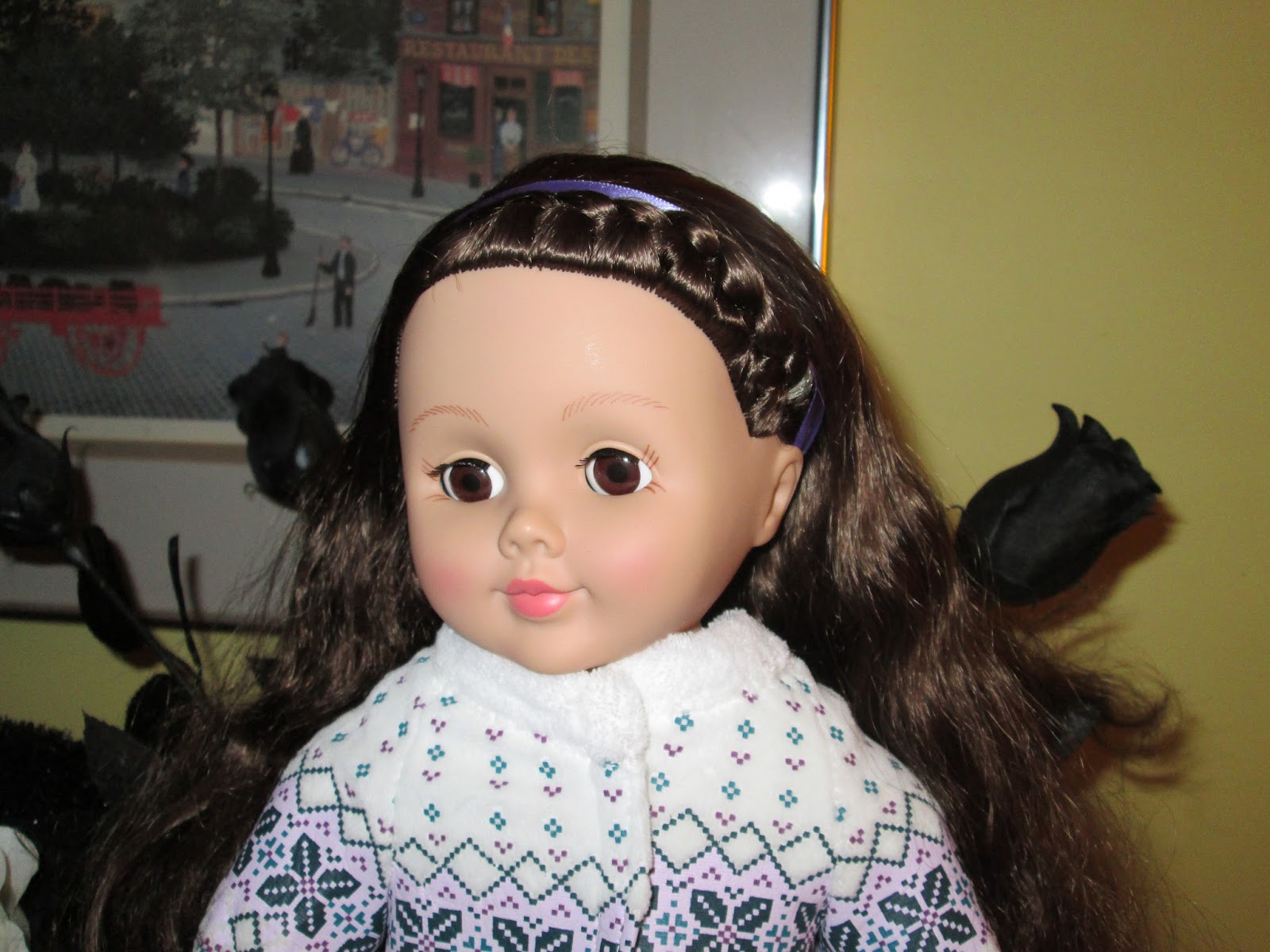 She was a gift from a dear friend, Lady Doli. Doli had started looking for 18" dolls for her granddaughters and purchased the Avon edition Madame Alexander doll. Then she changed her search direction and offered Haley to me.

Haley is quite lovely. She compliments the others quite nicely in her looks (brunette with brown eyes) and personality. Unlike the AG dolls, she does not come with a story...she's a blank slate. It was fun to have our readers help choose her middle name (Amaya submitted Rose).

What have we learned since she joined the family? Haley is quiet and somewhat shy. She is always polite and happy to share. She was thrilled to get her own American Girl doll and teddy bear. She really enjoys Legos and while she follows the directions the first time she never touches the "kra-gl." Haley loves animals and pop music and reading. Of course, she loves drinking tea, but her other favorite beverages include milk and Klass Mango drink when we can get the mix.

Our family complete? Um, no.

At the end of 2014 when Grace Thomas was revealed, like almost everyone else, I was excited. I sent the photo and description to Gramma Enne; together we discussed how she shared the same name as her mom/my Grammy as well as the love of baking. After the big reveal I was still excited, even though her eye color wasn't right to be a true representation. "So are you getting Grace?" became a routine question when Enne and I talked about American Girl. I had a whole year to decide; and took almost the entire year too. In the end, the beautiful photos I saw on other blogs outweighed the trifling negatives in reviews and Grace came to join the Tea Time with Melody Q crew shortly before Christmas. We're thrilled she came to stay. Welcome Grace Thomasina Silverleaf! 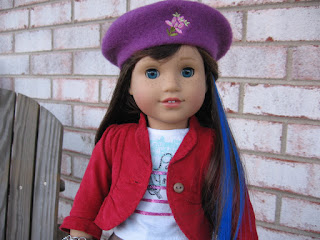 Is the family done growing? Not just yet, We see Lea joining us.

You know how it is, throughout the year little leaks of information of what is to come start spilling into the blogiverse or blogosphere. I try to avoid them, but it's impossible. When one of the leaks showed the name of the Girl of the Year as Lea Clark I could barely contain myself. That is my cousin's name and it is spelled just the same. As time progressed, I was even more thrilled to learn that the name was also pronounced like hers and that the name was not a prototype. Yay! When she was finally revealed I knew she'd be coming to join the family but thought it could take as long as it took Grace. However, January brought a great bundle with free shipping weekend and I couldn't pass it up. Lea arrived February 4 and was introduced to the blog family shortly thereafter. 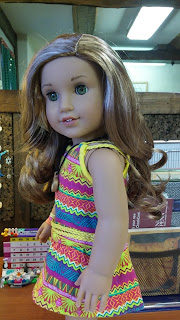 Lea, what makes her so special? Like Lanie and Grace she represents a fabulous member of my human family. Though a cousin, Lea is more like a big sister to me. The similarities include skin tone, hair color, and the love of travel and taking photographs. The hair and eyes are slightly off, but my Lea mentioned she'd always wanted long hair and green eyes. Welcome Lea Clark Silverleaf!

Is the family done growing? Who knows? But it is for this year. :-)

After reading this far you've figured out that my collection, my girls represent important people in my life.  So why Blaire?  Well, after much discussion with Gramma Enne we thought she was beautiful and would make a lovely representation of her sister, my aunt Penelope.  Please check out The Story Behind Penel post for more details. 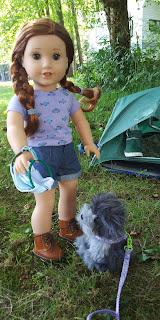 She really is beautiful.  Looks good in everything she wears, poses well, and inspires warm thoughts.  However, I found that renaming is more difficult to me than to others.  Penelope Blaire Silverleaf aka Peni and Penel and now Pen took some time to bond with her new name and as a result with me.  I took her everywhere last year.  She rode in the basket of my bicycle on trips around the neighborhood. Then finally it happened last July on our trip to Coolspring after popping her tent, with Gigi nearby, and her sweet smile...Peni arrived.
I see another in the future; hopefully this year.