Have you tried any new teas lately?

This morning I found a single bag of Celestial Seasonings Devonshire English Breakfast tea. It was very good.

Celestial Seasonings puts quotes or notes on the back of their tea bag tags…kind of like Snapple has under their lids. Mine has a quote from Emily Dickinson, “The will is always near, dear, though the feet vary.”

According to Bing search results…they use this quote a LOT. And it’ isn’t from a poem but from her letters to someone. Did you know that libraries will catalog the letters of certain people? Can you imagine trying to catalog emails or texts? Yikes!

My cup is currently filled with STASH Earl Grey. I think STASH does something differently with their blend; it just doesn’t taste anything like Twinings or Bigelow. Not bad, just different.

Before my sisters (Kaya, Kirsten, & Lanie) came along I had tea parties on my own or with other friends. I’m sure you’ve done the same. Had a tea party with your mom or aunt or grammy or even your furry friends.

Who was at your table?

There were three regulars at my first tea parties; I’d like you to meet them today.

Felicity Merriman. J Did you know Felicity was the fourth historical doll created by American Girl? She was born in April 1765; lives in ; and her story takes place during the American Revolution. Her Meet book is my favorite (Xyra hasn’t read her series yet!). 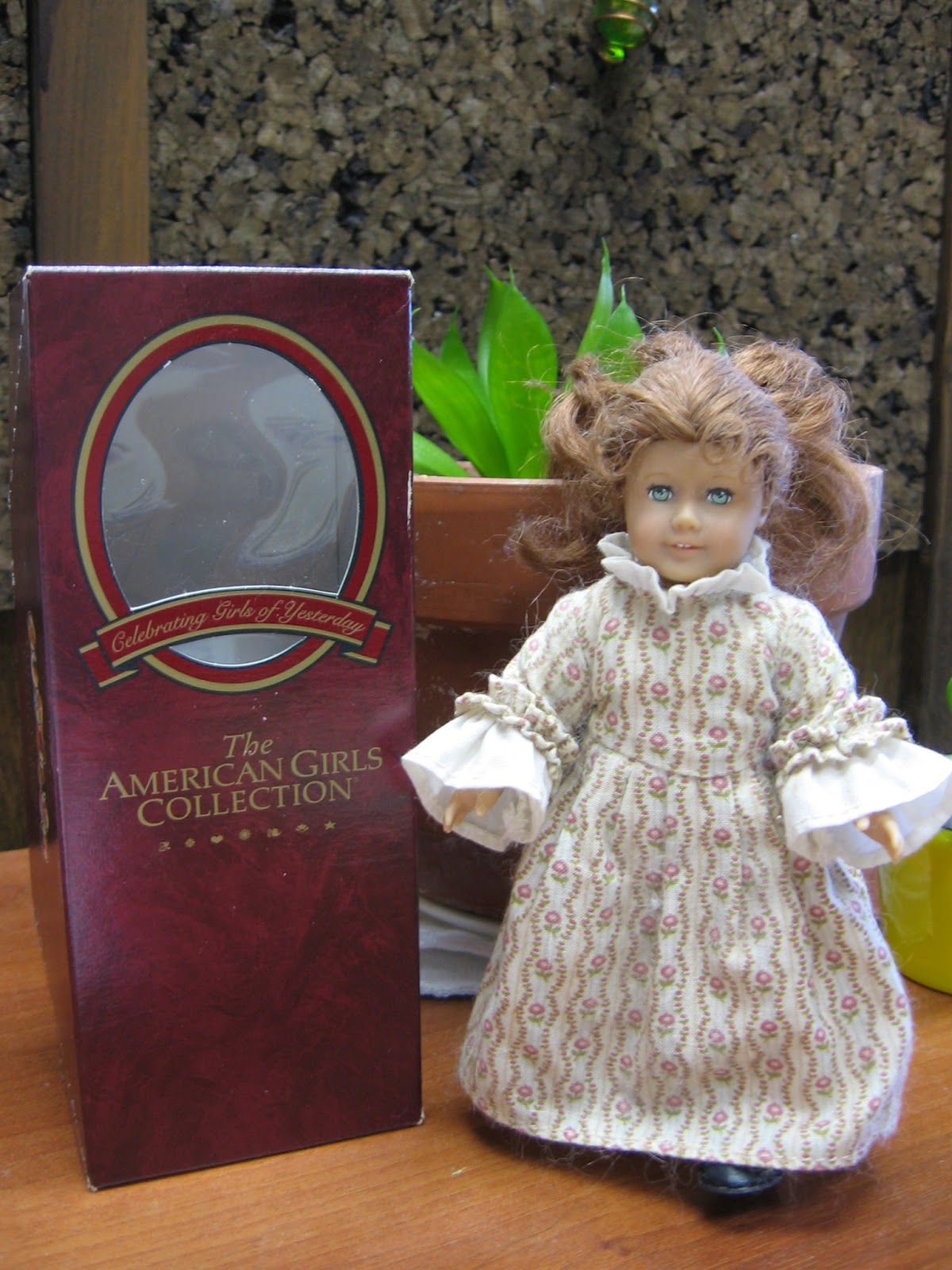 She’s wearing her shoes in this picture, but usually they are stored away in her box so they don’t get lost.

Bitty Lambie. My first stuffed animal. One of seven animals introduced as the Bitty Bunch. They were companions to Bitty Bear (and Bitty Baby). AG retired the Bunch in 2009. The other Bitty Bunch members were Bitty Ducky, Bitty Bunny, Bitty Froggie, Bitty Kitty, Bitty Piggy, and Bitty Puppy. Only Bitty Bear is available now. 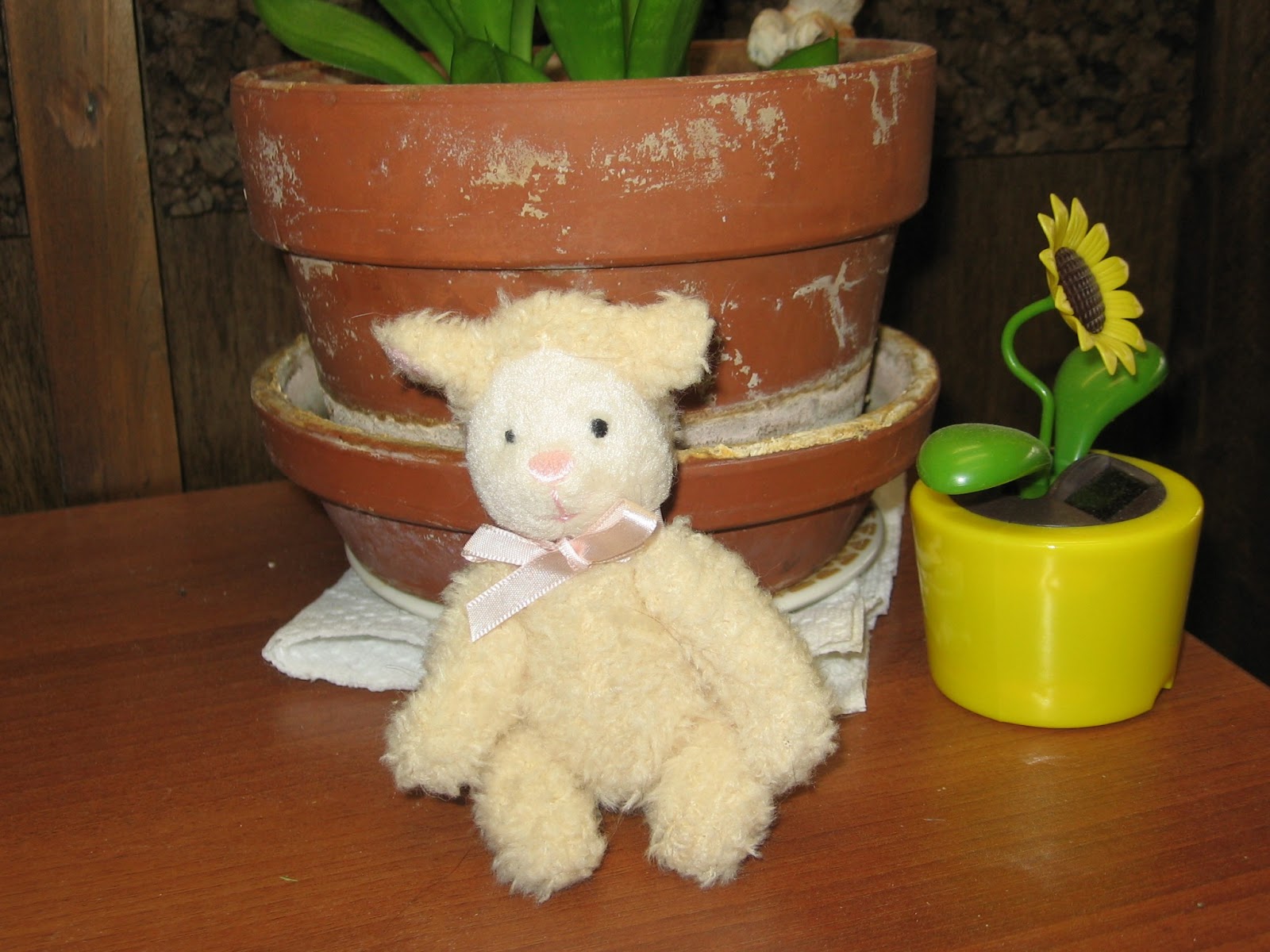 I straightened his bow for this picture.

Hoppy Bunny. My second stuffed animal. This one is a Boyd’s bunny, not American Girl. It was a participation prize at a basket bingo. 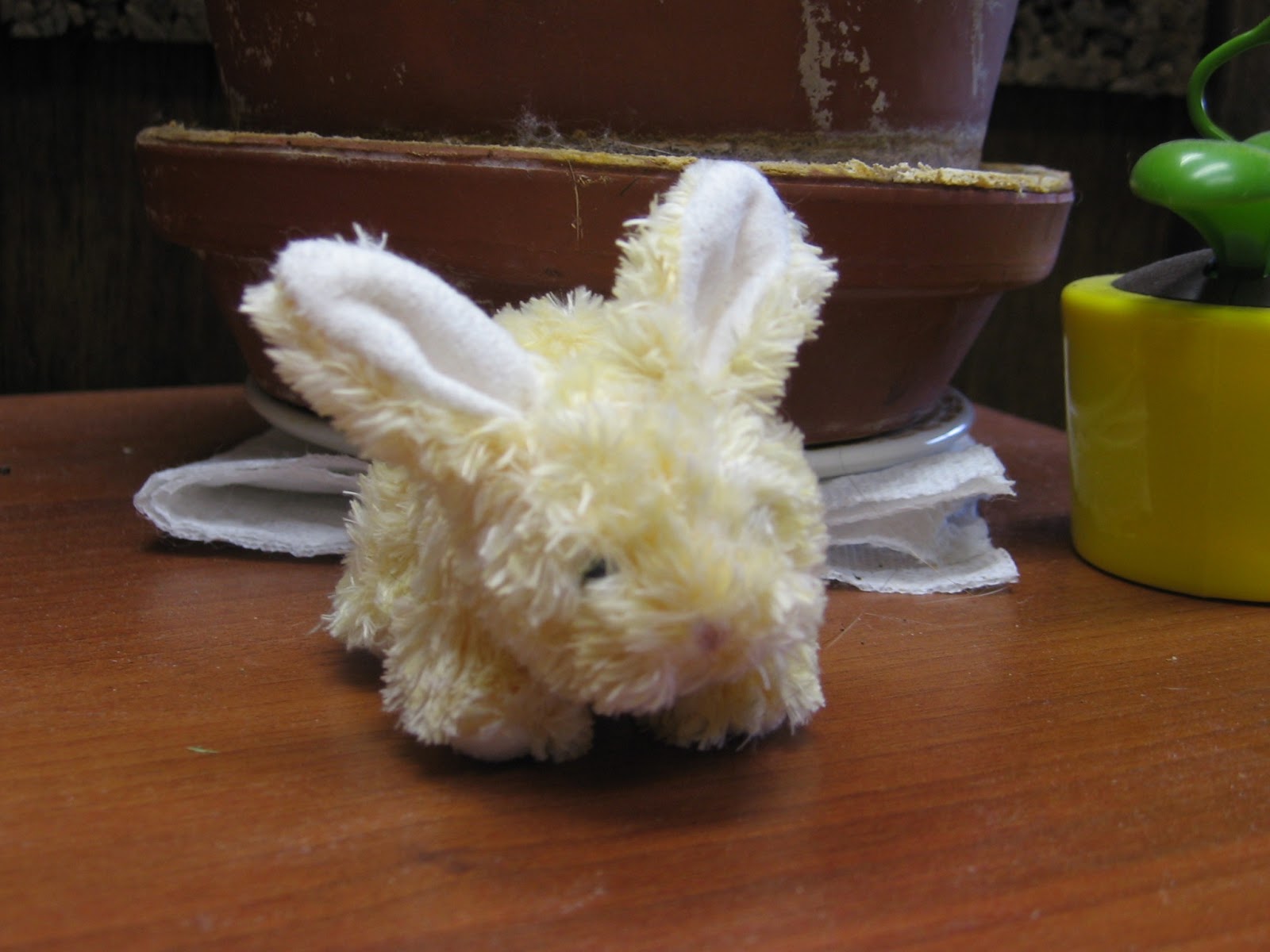 When my sisters are busy with other stuff, these three (and one more…I’ll tell you about that one later) willingly take their spots.

Until the next time…be well!
Posted by Xyra Silverleaf at 1:20 PM