Holiday fact: Presidents’ Day combines public holidays celebrating Pres. Lincoln’s birthday (Feb 12) and Pres. Washington’s birthday (Feb 11 or 22 depending on what calendar you want to follow). It was designed in 1968 when the government created a uniform system of federal Monday holidays. These were two very special presidents: helped set the states free from British rule and helped set the slaves free. [Note: The original draft of the Declaration of Independence denounced slavery. However, and refused to vote for independence as long as the paragraph was in the Declaration. So the passage was removed.]

Historical Girl Addy Walker’s story (which Xyra must read!) is set in 1864. Addy escapes to via the Underground Railroad and works to get her family free too. 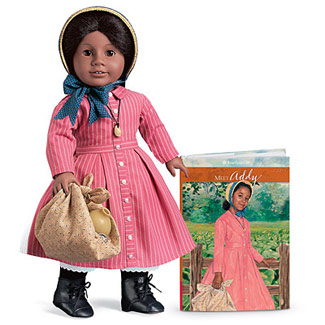 Tea of the Day—NOT a favorite!

We’ve heard mixed reviews about chocolate teas. The Glucks Tee was really good, so when Xyra saw a tin of Creation Gardens Chocolate Delight Tea. The description: “Rich and Nutty, mildly sweet” sounded inviting. However, the ingredients (green and black tea, cocoa, chocolate creamer, stevia) made us wary. What’s in that chocolate creamer? Stevia, or sweet herb, isn’t an issue, but can make things too sweet. What form is the stevia in? Dried leaf? Powdered? Processed? 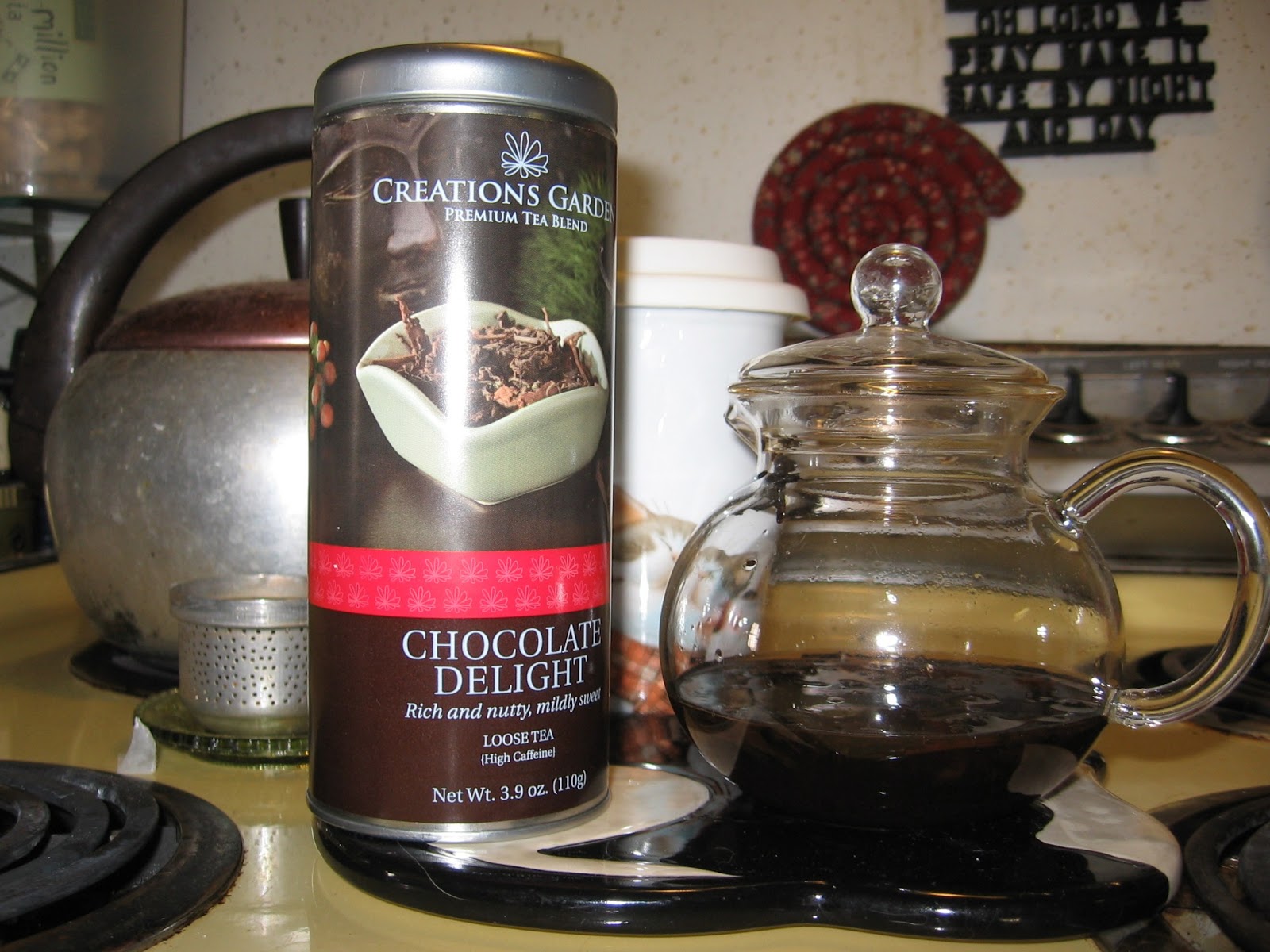 Blech! HORRIBLE! Not a good start to the day. We let it steep for 3 or 4 minutes and added a little bit of milk. It didn’t taste right from the start. Not very chocolatey or nutty; just very sweet with a weird after taste. I did finish my cup, but rushed to get something else to drink right away. Settled on some good old Lipton. J I’m sure we’ll try again with this one and other brands, but we’ll look at the blend ingredients more closely.

Xyra just finished reading Julia’s Cats. It’s about The French Chef, Julia Child and the cats in her life. She had many over many years and it made me think of our own group of kitties. 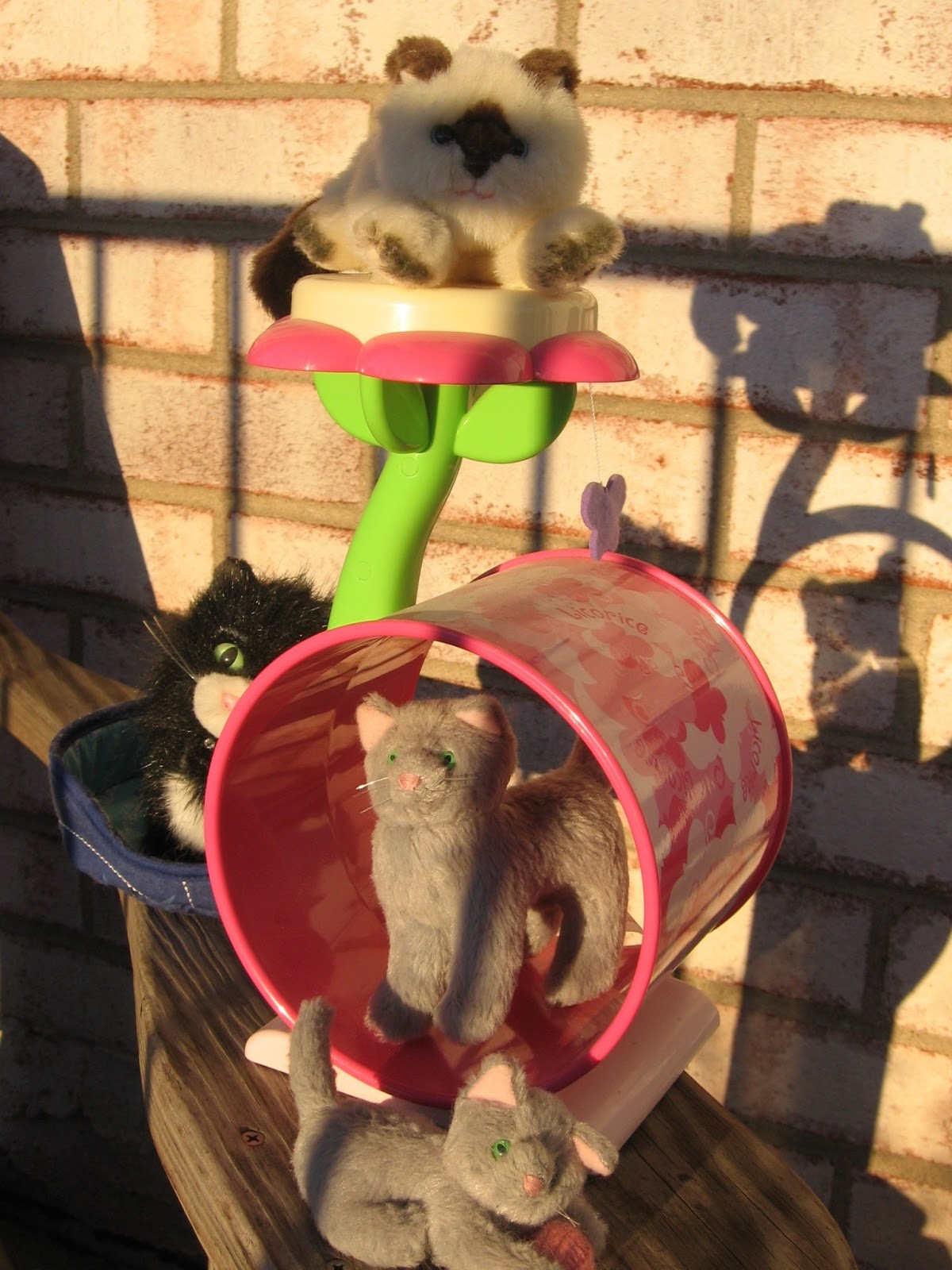 There are four running around me (Eight running around Xyra’s house. The youngest, Bronwyn, plays with Kaya’s braids now and again. L She’ll need re-braiding soon.)

Licorice was the first. Then Marisol’s cat, Rascal. Finally, Kirsten’s Mama Cat and Kitten joined the pussycats here (they arrived before Kirsten did!). 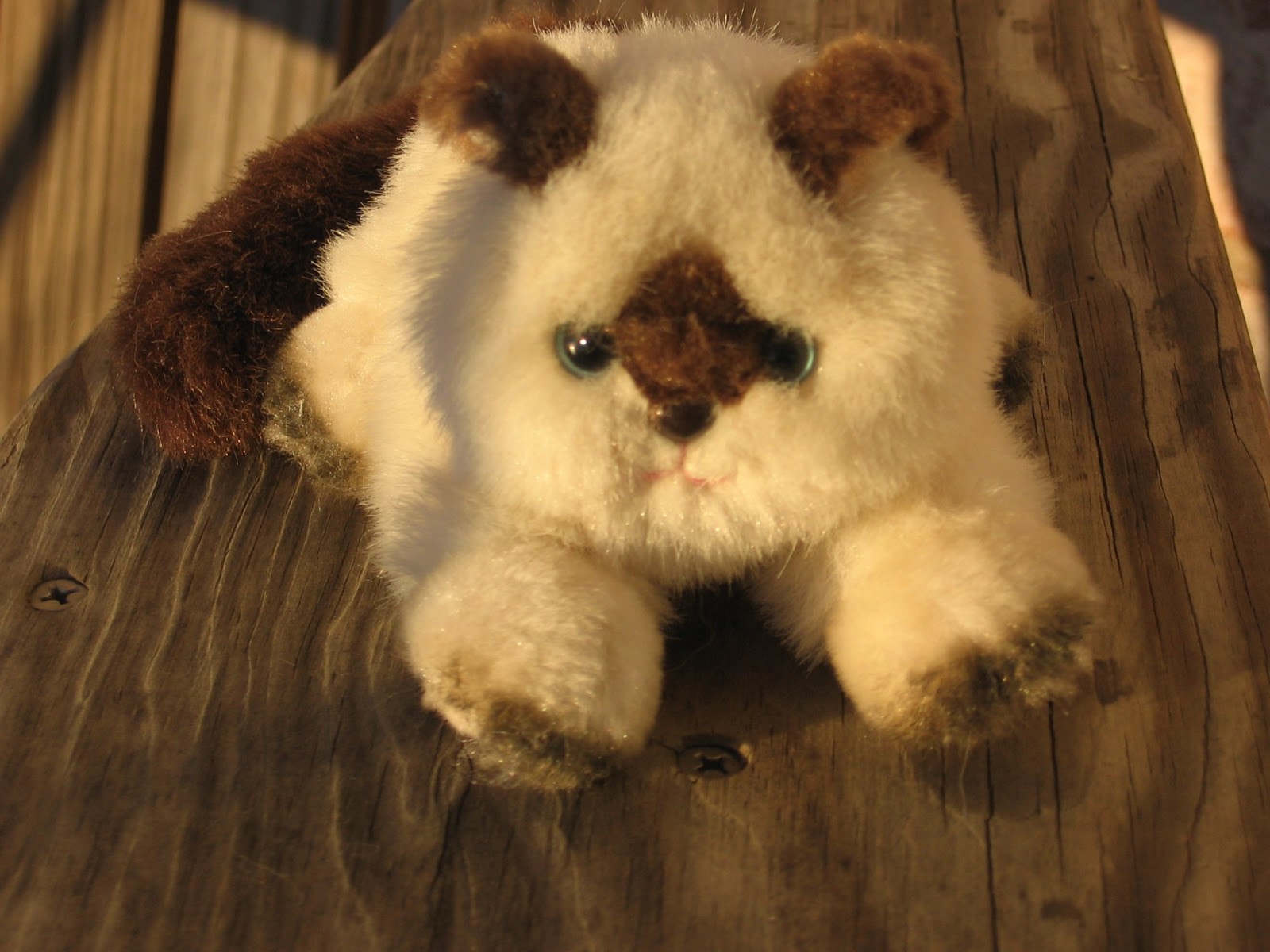 Rascal arrived in 2005. He is an adorable seal-point Siamese kitty with blue eyes. Seal-point means his ears, nose, paws, and tail are dark brown (like the color of a seal). Did you know that light reflected off the eyes of a cat with blue yes shines red while it shines gold off green eyes? Pretty cool!

While Marisol allows her Rascal to be an indoor/outdoor cat, here he is strictly indoors. He gets plenty of exercise playing with the other cats in our family. (We’ll talk about Mama and Kitten another time).

As you can tell I like to collect from all the AG collections. Don’t you? Exciting stuff all the time.

Marisol was Girl of the Year 2005. She liked to dance and Rascal arrived with her dance duffle. She’s the reason I have a cell phone. Love that little silver flip. It’s no smartphone, but it works great! The package also included: a silver duffle bag, ACE bandage, bandage stickers (although, I thought mine had the clips), energy bar, water bottle, and ID tag. 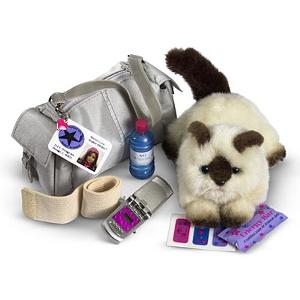 Personalized items (like the ID tag) stay stored in the box. It would look kind of funny if I, Melody, were carrying a bag tagged for Marisol. People might think I took it without asking. L

Hope this isn’t too long, so much to share. Have a great day!
Posted by Xyra Silverleaf at 1:03 PM