The Concert of  a Lifetime

Celebrating anniversaries is interesting.
Especially things like this.
A first where celebrities came together to raise funds for those less fortunate. At this time it was famine in Ethiopia. 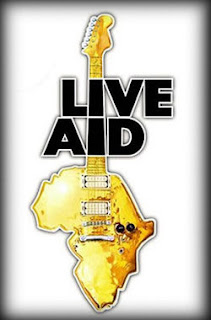 It's been happening ever since.
The concert took place in two locations: Wembley Stadium, London England UK and JFK Stadium Philadelphia PA USA. 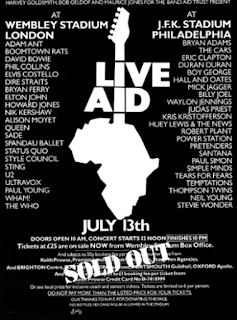 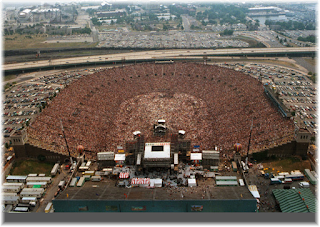 Xyra says that was a lot for back then, but cheap now. Especially for tall the bands playing.
She also remembers having an argument with her Grammy Grace about The Hooters song All You Zombies.
The concert was broadcast like a telethon via satellite all over the world. Xyra says she was glued to MTV the whole day. 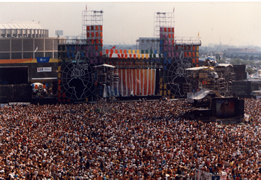 She said that was back when MTV stood for Music Television and actually played music videos 24/7.
I think we have VHS tapes labelled Live Aid somewhere.
We should get them out.
Did you know one performer played both stages?
Yes, Xyra mentioned Phil Collins from the group Genesis performed in London then jumped on the Concorde, flew to Philly, and performed again.
What's the Concorde?
It was a super fast plane. Flew a lot in the 70s, 80s, and 90s. It was retired in 2003 after a crash in 2000, the 9-Eleven attacks, and a decision to discontinue maintenance to the aircraft.
Wow! Cool! Neat! Oh, too bad about the plane. Yeah, I bet it would have been interesting.

Movie days at Lady Webby's place are 80s themed. We had one of those last week.
And we'll post on it soon.
This time we decided to try and dress the part. 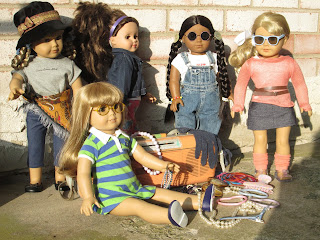 We put our outfits back on for this photo shoot.
The setting includes actual artifacts from the 80s.
Xyra's friends probably remember her taking that boombox all over the place.
(laughing)
There is a new set of jelly bracelets included. 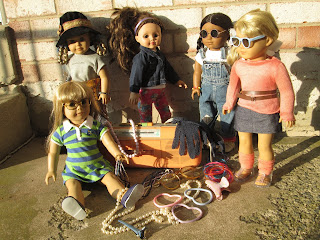 Oh, No!! I forgot the jelly bracelets for my picture! Oh, well! 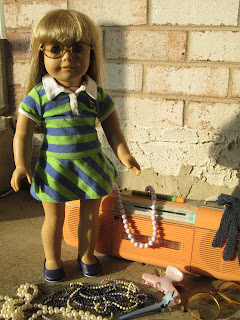 We did the best we could using non-80s clothes. I went for the Pretty in Pink scarf and hat look. 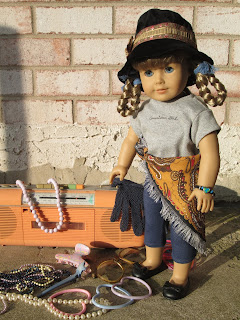 Check out my pegged legs - Xyra says that's what it was called when you took your straight leg jeans and turned them into skinny jeans - and my scrunch socks. 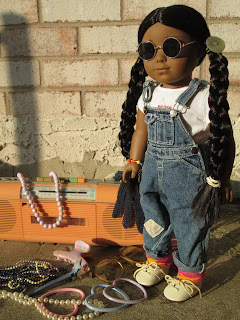 I went fun and funky! 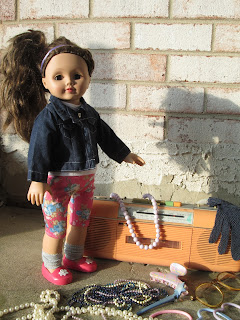 I thought the sleeves on this sweater made it look like I was wearing fingerless gloves. 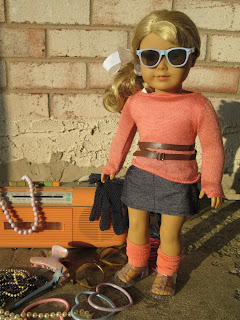 
While we still have famine and hunger and poverty around us it is good to remember every little bit helps. Let people know they are thought of and cared about.

[Side note: Pleasant Rowland got her idea for American Girl in 1984 and established Pleasant Company in 1986.]

Posted by Xyra Silverleaf at 12:37 PM