We had to renew two of the books we checked out early in September, but we each got 6 done. Check out our logs*! 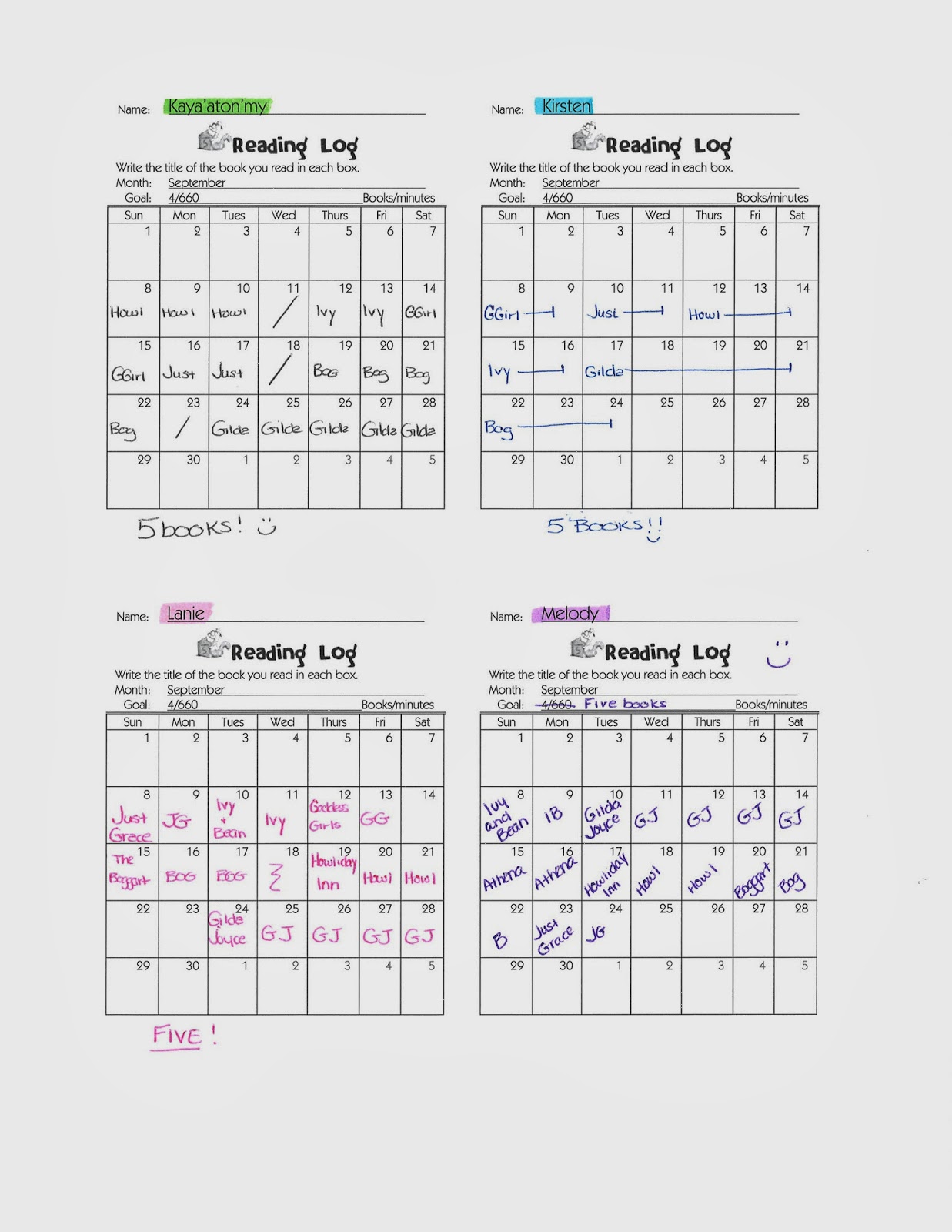 Our teacher miscounted and noted 5 on each log. Oops!

Grab your cuppa and check out our reviews.

So I chose this book because of the name. 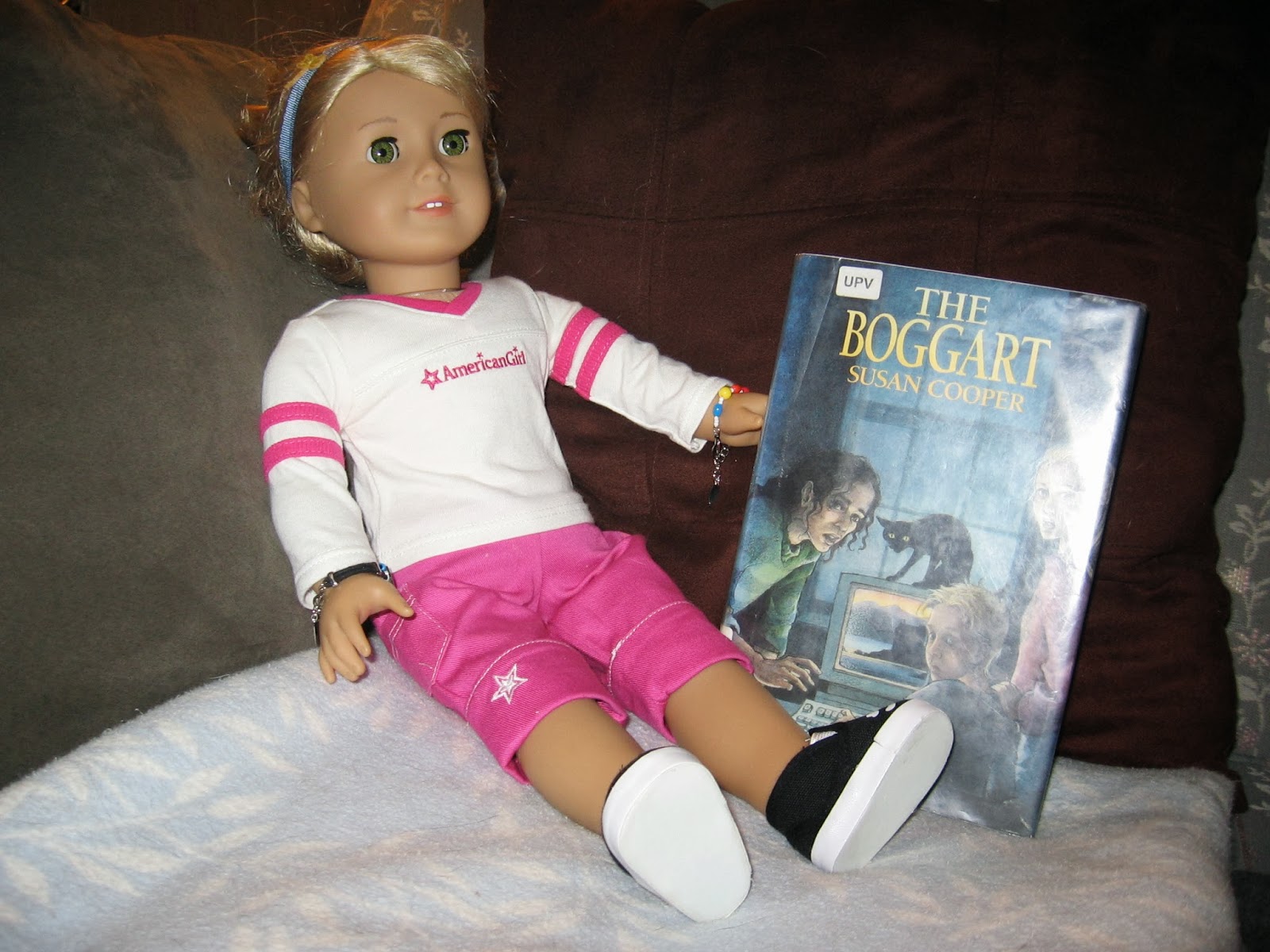 Yes, I am a Harry Potter fan so I was curious to learn more about this type of creature. What I found was that this Boggart is much different from those JK wrote about. It is still a spirit created from very old magic, but he’s more like Fred and George Weasley – he loves to play pranks on his family. Sometimes they are seen as funny and other times they aren’t. 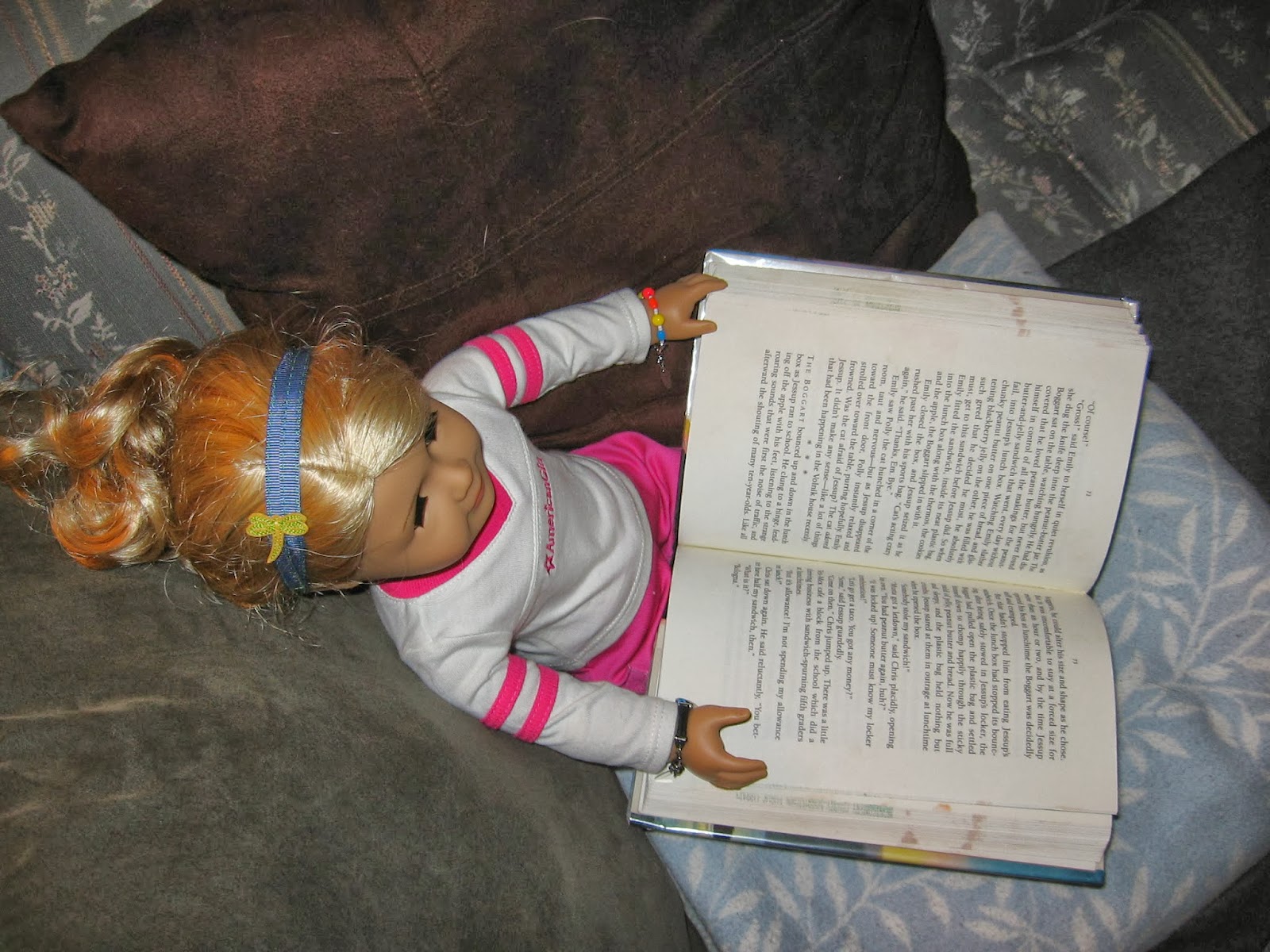 This Boggart lives in . His house is a small castle that sits on an island in a lake. His human friend dies and the castle goes to the human’s remaining family. They live in . They come to see the castle and decide they can’t keep it but want to take a few souvenirs. What they don’t know is that the Boggart has hidden itself in…well; I don’t want to give too much away. Let’s just say he finds himself in unfamiliar surroundings.

I really liked this book. It was tense at times, but I think I bonded with the characters. I recommend this book to readers who like “ghost” stories.

This was great! I laughed, I cried, I gasped…and I learned something new about “old magic.”

The mischief maker/trickster is not a new spirit; you can find him in a lot of old stories. It was fun to learn about this version. There were portions I did not like…mostly where the mother was involved and that really creepy “doctor.” He needs his license taken away.

This author had great descriptions. I could picture the castle and rest of the book clearly in my head. I like when that happens…books that stay foggy just aren’t as much fun. “Seeing” the Boggart make a p b & j sandwich was funny. Portions of the story got scary, but overall it was not too scary. I liked it a lot.

The Boggart by Susan Cooper
My rating: 4 of 5 stars
This was fabulously written. Susan had me crying along with the boggart in the first chapter...that was 13 pages. The visuals she painted of the boggart's memories and emotions were so very strong that my heart was touched immediately.

So why did I only give it 4 stars? Sadly, for something that some authors do not anticipate...what was commonplace in 1993 (or late 1980s since I know it took time to get this story published) is so far out of date now that the target age readers may have no idea what she is talking about. Example: Emily goes to a record store and the sales person finds her a tape. I received my first CD player in 1991, so this part really could have been avoided since CDs are still readily available. Jessup's part in dating the story line was unavoidable since his hobby is computers and at the time many still had monochromatic monitors and stored everything on either 5 1/4 or 3 1/2 inch discs.

Back to the good stuff. I love how the author introduced us to the Boggart and his style of old magic. [Note to Harry Potter fans: This boggart is not the kind that takes this shape of what you fear most in order to feed off your fear. This boggart is more like a combination of house elf (he stays with one family) and invisible Peeves (likes to play jokes to have fun not to hurt) and is really quite likable.] She also gave us a look at a being related to samhain (Halloween). Sadly, his good intentions land Emily and Jessup in hot water.

Part of the story takes place in a remote part of the ish Highlands. Castle Keep sits alone on an island in the middle of a loch. The residents must use a boat to get to the mainland for supplies. The boggart lives in the castle. Emily's family inherits the castle and when they go to investigate they meet the boggart, but do not really get to know him until they find out he has tagged along with them back to . The majority of the story takes place in Toronto.

The boggart wakes and starts playing his jokes on the family. As Emily and Jessup learn about him, they really get to like him, but he is very out of place in the land filled with technology.

The part that disturbed me the most was that Emily's mother thought that her polite, well behaved teen daughter was harboring bitter thoughts about her parents and those thoughts were manifesting in acts of telekinesis, so she contacts a super creepy para-psychologist. This was horrible...to think that a mom would come to that conclusion without actually talking to her children first. This mom was weird. She yelled a lot, she didn't listen or try to understand, and she wasn't there. In fact, like many YA parents, these parents weren't really there for their children, but were focused on their jobs. Thankfully, this portion of the story was not very big. Dr. Stigmore reminded me a lot of the "child catcher" in Chitty Chitty Bang Bang. *shudders*

Maggie, Emily & Jessup's mother, did soften at the end. She focused more on her children at that point rather than jumping to conclusions and she apologized for some of the nasty things she said about one of Jessup's friends as well.

To balance that are those that do believe what Emily and Jessup are saying. Those characters include Tommy (Emily fancies him), Willie, and Cai. The three are instrumental in educating Emily and Jessup on boggart history and behavior.

The story was very emotional and exciting from page one to the very end. I enjoyed every moment (even the creepy ones) so much so, I might search this book out to add it to my collection.

*Reading logs are part of the downloadable doll school set created by Ciao Bella. I got the basic design and header from them then customized my own.
Posted by Xyra Silverleaf at 12:59 PM