Here's the thing, there are two sides to the discovery of the Americas (North, Central, and South). A happy one and a very sad one. I won't go into it in detail, but I urge you to learn about one of the First Nation/Native American tribes. Celebrate and honor the first Americans today.

While it may seem shallow to some, our way of doing that today is by featuring pictures of Kaya'aton'my, the First American Girl, in her historical clothes, modern pow wow regalia, and modern clothes. 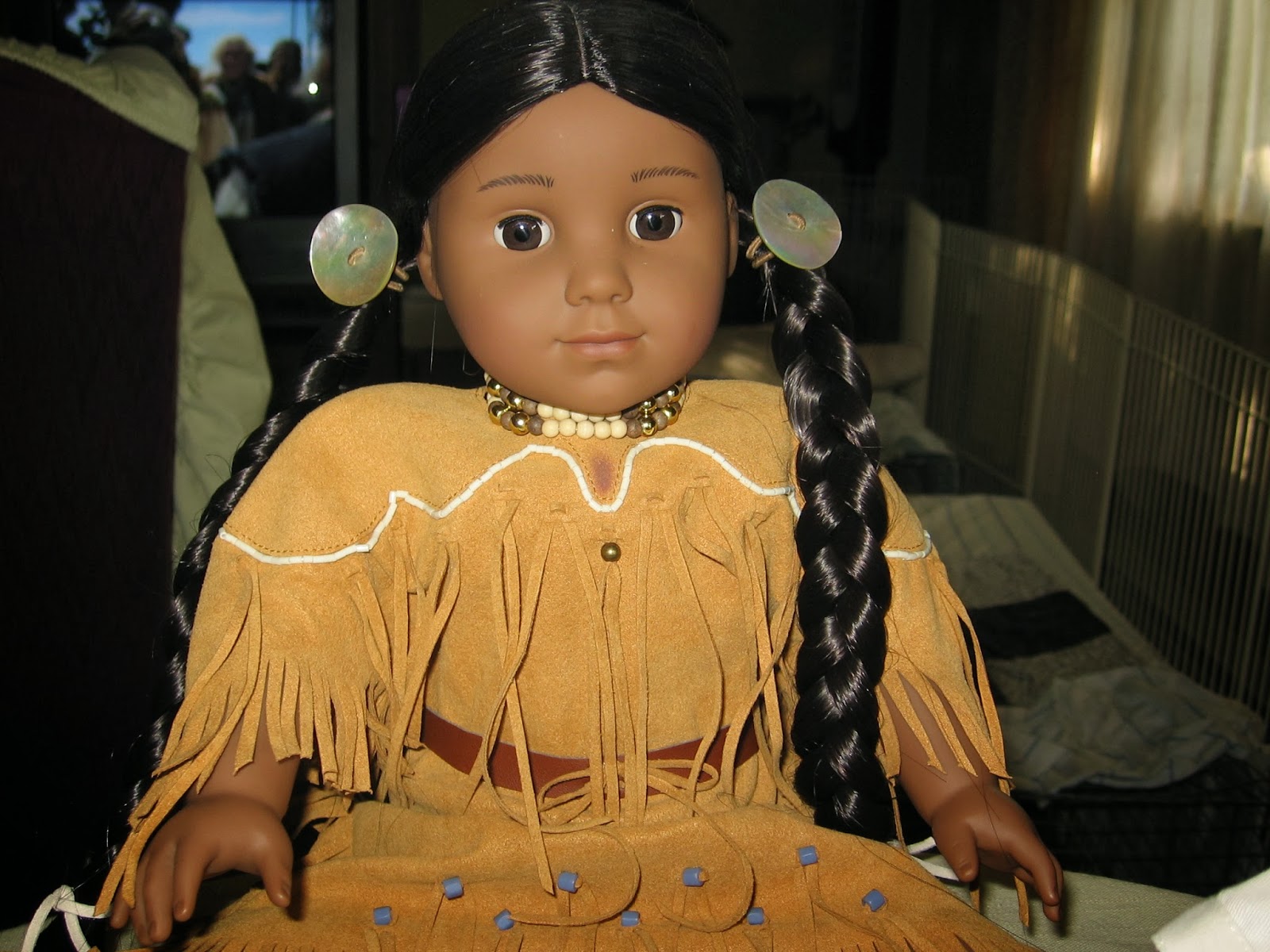 (Yes, that is Kirsten's hand on the one side. We were having some fun that day!) 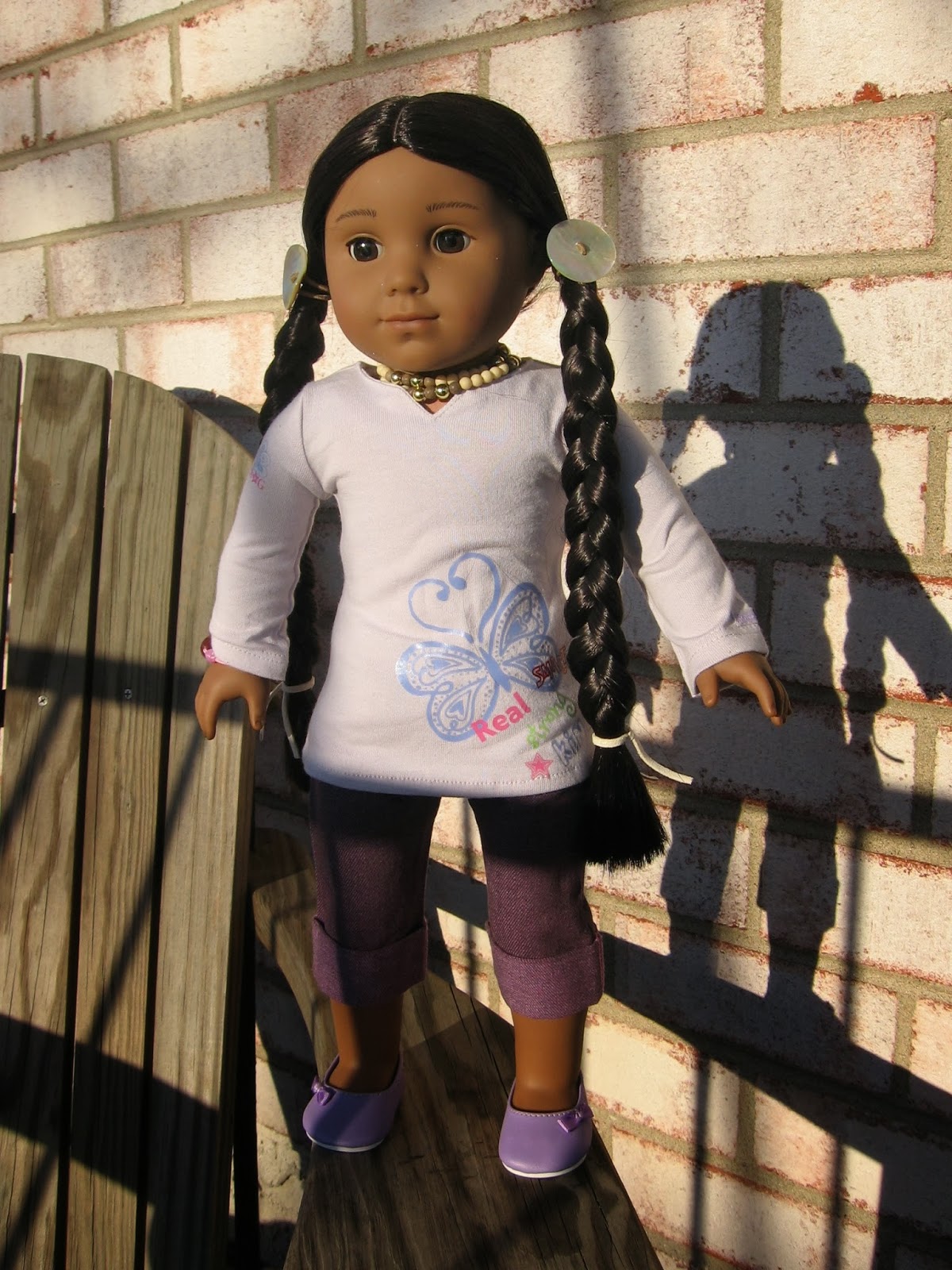 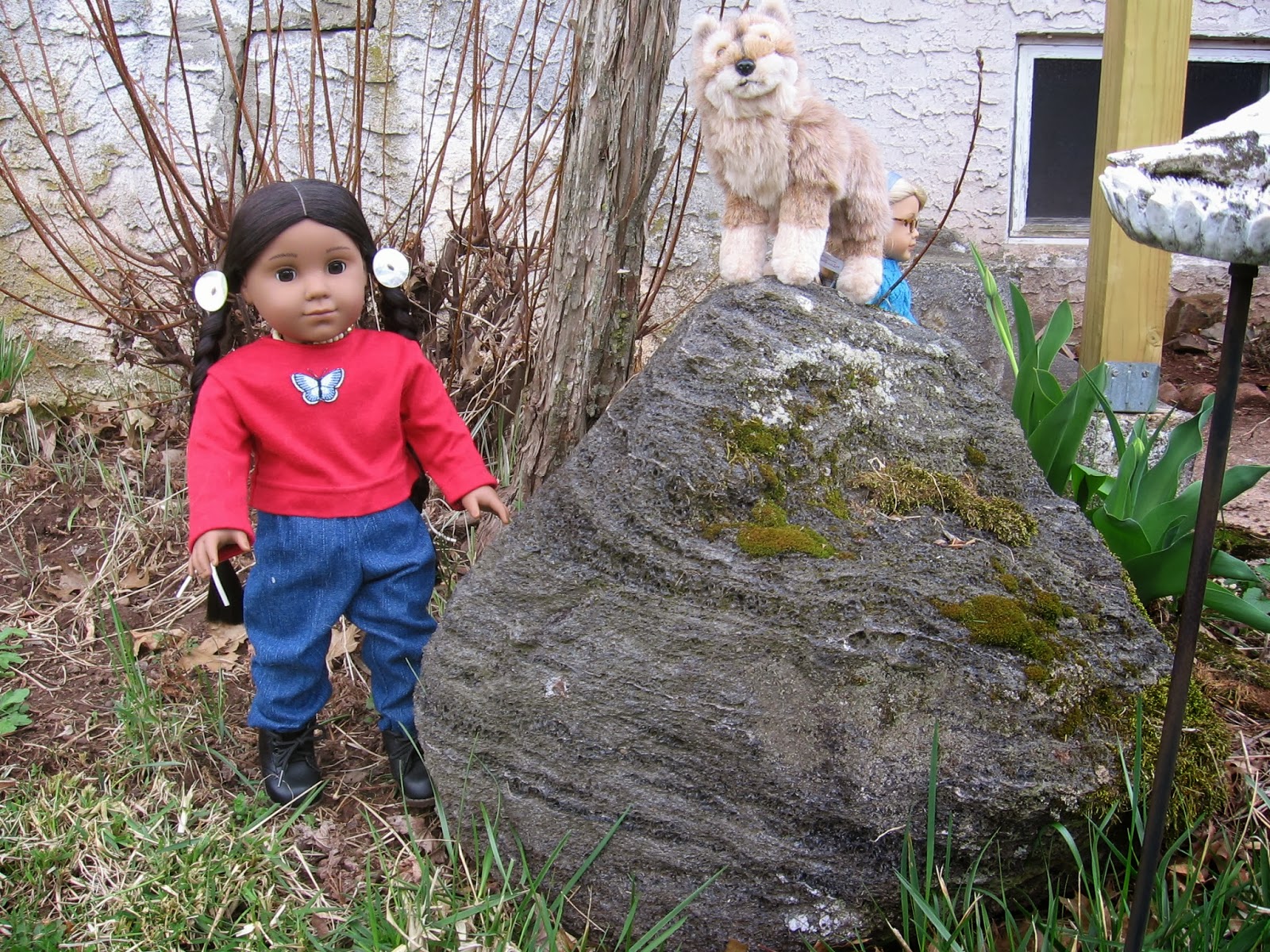 Seriously, though, when American Girl introduced Kaya I was thrilled to see a Native American girl represented. I would love for Mattel to further develop her line to include more modern clothes. Or to use her face mold for a GOTY or included in the JLM.

Have a great day!

Posted by Xyra Silverleaf at 1:48 PM