We have a new policy for our book reviews, whoever picked the book gets to talk about it first.

I chose this book because the cover looked interesting and the blurb on the back exciting. The condition of the book too…it would not pass for good…made it seem like a must. To look like that a of people had to read and like it. 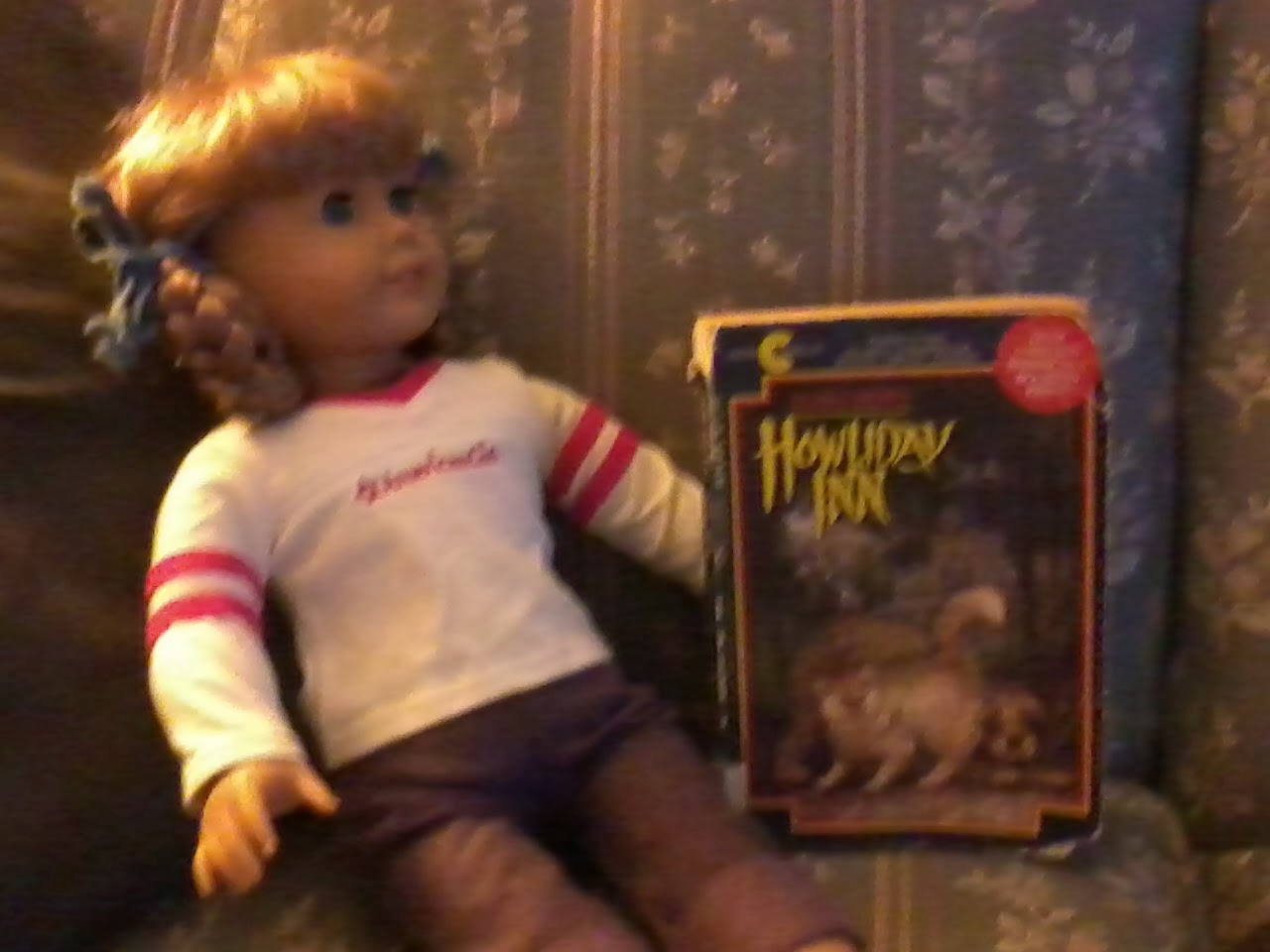 is a fidgety cat. But our cats like to stay home too, so his reaction to being sent to a boarding house was okay. He’s funny…likes a mystery but jumps to a lot of conclusions.

Harold is really nice. He worries about those around him. Together he and look at the strange things happening at Hotel Bow-Wow.
I didn’t like the human guy at all. He gave me a funny feeling. The girl, Jill, was really nice.

It was a fun read. Kind of dark because it rained a lot. But overall, I want to read more in this series. Oh, it had some great pictures in it too! Tatlo would have sniffed out the bad guy right away. That being said, I did like this book. The animal characters were interesting even when they were being weird. The humans…well, the family and Jill and the doctor were okay.

I kept trying to picture what the “bungalows” looked like and just couldn’t come up with anything that sounded like I’d want to have a pet there. Jill was a really good caretaker even when the other guy made her less sure about herself.

This was a fun read. Taxi and the crazy cat were my favorite characters…besides and Harold of course.

I liked the mystery here. The way the animals kept acting had me wondering if they really were responsible for Louise. The rain added and air of intrigue. The dachshunds were the best! I could really picture them walking together around the “courtyard” with their little heads bobbing up and down. I couldn't believe the other animals didn't realize that Heather was pregnant…she had to be more round than Howard. Would read this again.

Howliday by James Howe
My rating: 3 of 5 stars
A long time ago I read Bunnicula and thought it was a stand alone book. The first story is, but the series continues with the characters in new situations. This installment focuses on and Harold and their experience being boarded while the family goes on vacation.

Mr. Howe gives a 10 new characters for this story. They don't gain much depth, but are not completely flat either. Taxi ends up getting the most development by sharing his back story near the end.

Neither Chester nor Harold are thrilled about spending time at the kennel, Chateau Bow-Wow, while their family is away for the week. What strikes me as odd is that the stay is for 7 days, but we only seem to get three days and three nights. I believe after the main action we skip ahead to the family's return.

During their stay, unusual things start happening. As was quick to believe Bunnicula was a vampire, he now believes two of the other boarders are werewolves. A rather amusing picture...two little wire-haired dachshunds turning into werewolves overnight or shifting at will. After the first night one of the other boarders disappears and jumps on the case to find out what happened. The sleuthing is a bit haphazard as jumps to a lot of conclusions without evidence.

Harold is not much of a detective. He tries, but has a hard time focusing (not as bad as Taxi, but pretty close). Reminds me of the dog from Up..."Squirrel!"

This mystery was cute. There was not much depth to the overall story and characters, but it did instill an interest in reading the rest of the series. I do think it is great for young readers just starting out in a love of mysteries.


I hope you enjoy our reviews.
Happy reading and have a great day!