It's been difficult finding cool covers to recreate.
But Xyra recently picked up a lot of books that may have potential. 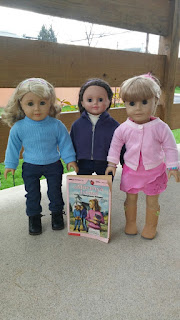 This one really did. It's called Murphy's Island by Colleen O'Shaughnessy McKenna. 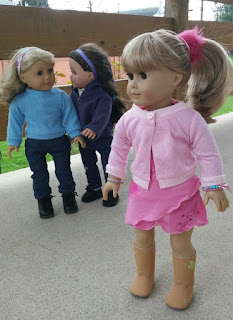 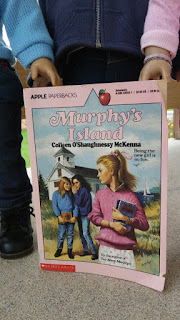 Collette had Big Plans for sixth grade. But that was before she found out the Murphys would be spending a few months on a small island far away from anything.

It's not all bad. Collette will finally be able to wear real clothes to school instead of uniforms, And there is a cute boy in the picture...and he's being pretty nice to her...

But why are her new classmates so unfriendly?
Why are they treating her like a major outsider?

Poor Collette! She couldn't wait for sixth grade to begin-now she can't wait until it's over."

The main character, Collette, is the eldest in the Murphy family ready to take on 6th grade! [That's the last year in elementary school (if you district is organized that way).] But her family is moving away for four months and they chose to live where they spend their summer vacation. This is where the first conflict begins.

In my area, the residents of one shore (or more) shore town call the tourists "shoebie" or "shoe-bee." It definitely fits many of those who visit the area and feel they are entitled to do whatever they want because they are contributing to the economy of the destination. On Put-in-Bay island the term is even worse; they are called "tourons." "Half tourist, half moron." If they moved to Scotland they'd be sassenach or maybe not since the Murphy's are Irish and would possibly speak Gaelic...

Anyway, moving to a new town anywhere is hard, but here it's even harder. The resident population is very small and everyone knows almost everything about everyone AND aren't 100% welcoming to these new residents. It can be hard to try to blend in and learn the customs if no one is willing to teach you. In walks Brian. From the very beginning he is a wonderful friend to the Murphy family.

Collette is not all that observant or intuitive. She wants to be liked and fit in, but she also wants to be back in Pittsburgh. Tough battle there. Two of the local girls seem to take interest in her; one you see as being the mean girl (no surprise her family owns most of the touristy stuff on the island) the other is harder to place. I was unsure of her motives the entire story. Figured the two were playing good cop bad cop to trap Collette and humiliate her. Which sort of happened.

I was also waiting for the big blow up with Brian. It happened, but not with the results I had imagined, and much later than I expected.

I really liked this book (I wanted to take Collette aside a couple of times and give her a talking to too, but...) It's a good read. Timeless story.


Have you read any of the Murphys books? Which are your favorite? How did we do with our recreation?

Posted by Xyra Silverleaf at 8:55 AM