CampDoll Diaries is jet setting Around the World this week, so I thought it would be a perfect time to add some tea information. We have been neglecting part of our blog’s namesake as of late.

A popular drink right now is what people in the are calling Chai Tea. In fact they are saying “tea tea” because “chai” is the word for tea…but I don’t explain this very well. It would be best for you to take a look at my friend Anupy’s, Indian as Apple Pie, blog post on this topic. She share some great information and memories and two recipes.

The March/April issue of TeaTime magazine also had an article about Masala Chai and provided the following recipe:

HOWEVER, We Used Anupy's  First Recipe

Lanie is here to help me make an attempt at Anupy’s Masala Chai with what we have on hand. (That means stooping to using some dried, ground spices. Unfortuntaely, we could not get better at this time…we’ll try again later and report the differences.) Experts and purists, please forgive us in our experiment. 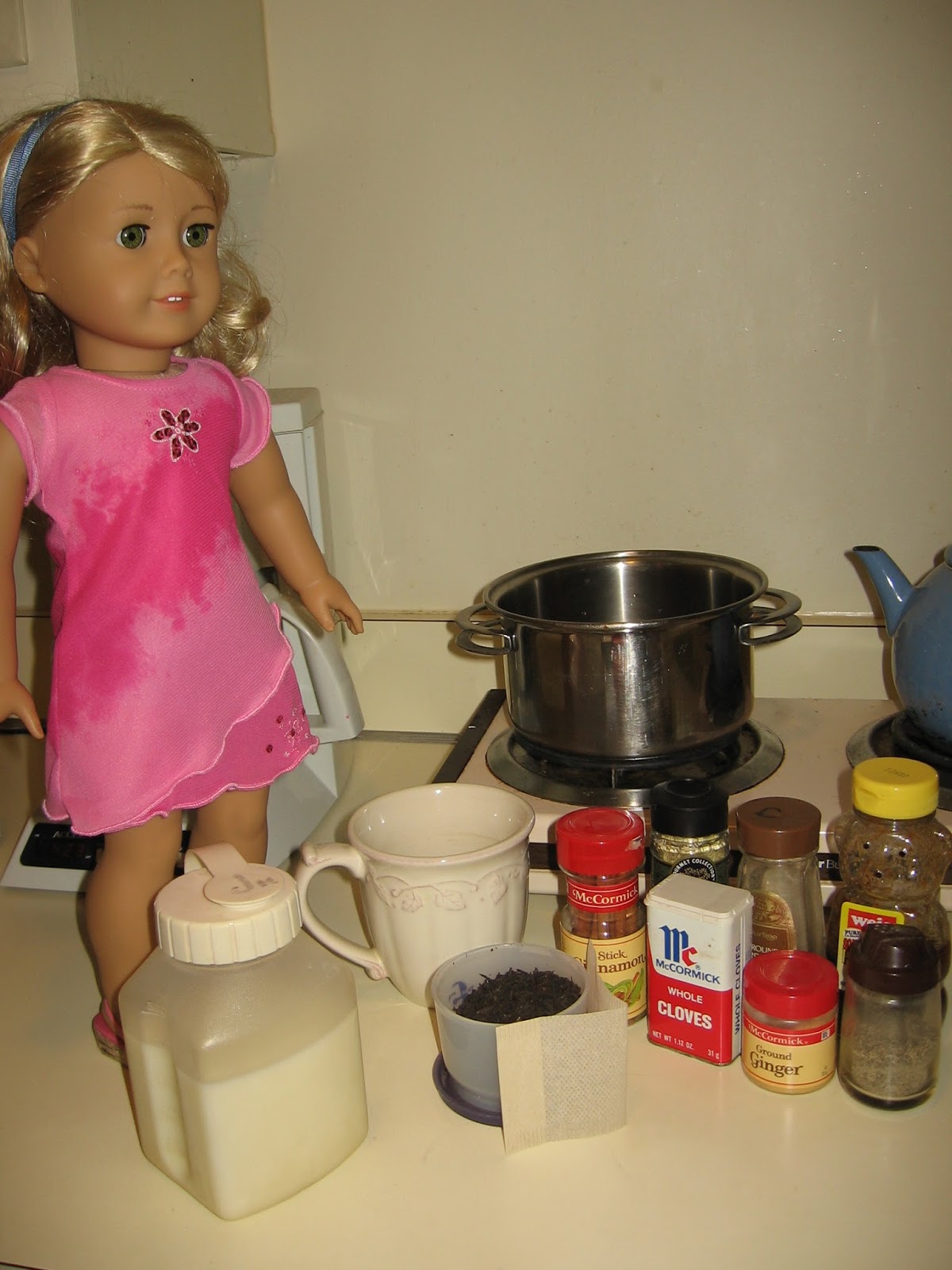 Lanie has gathered the ingredients (our substitutions appear in parentheses.)

We set the burner to high and prepared the spices while waiting for it to boil. 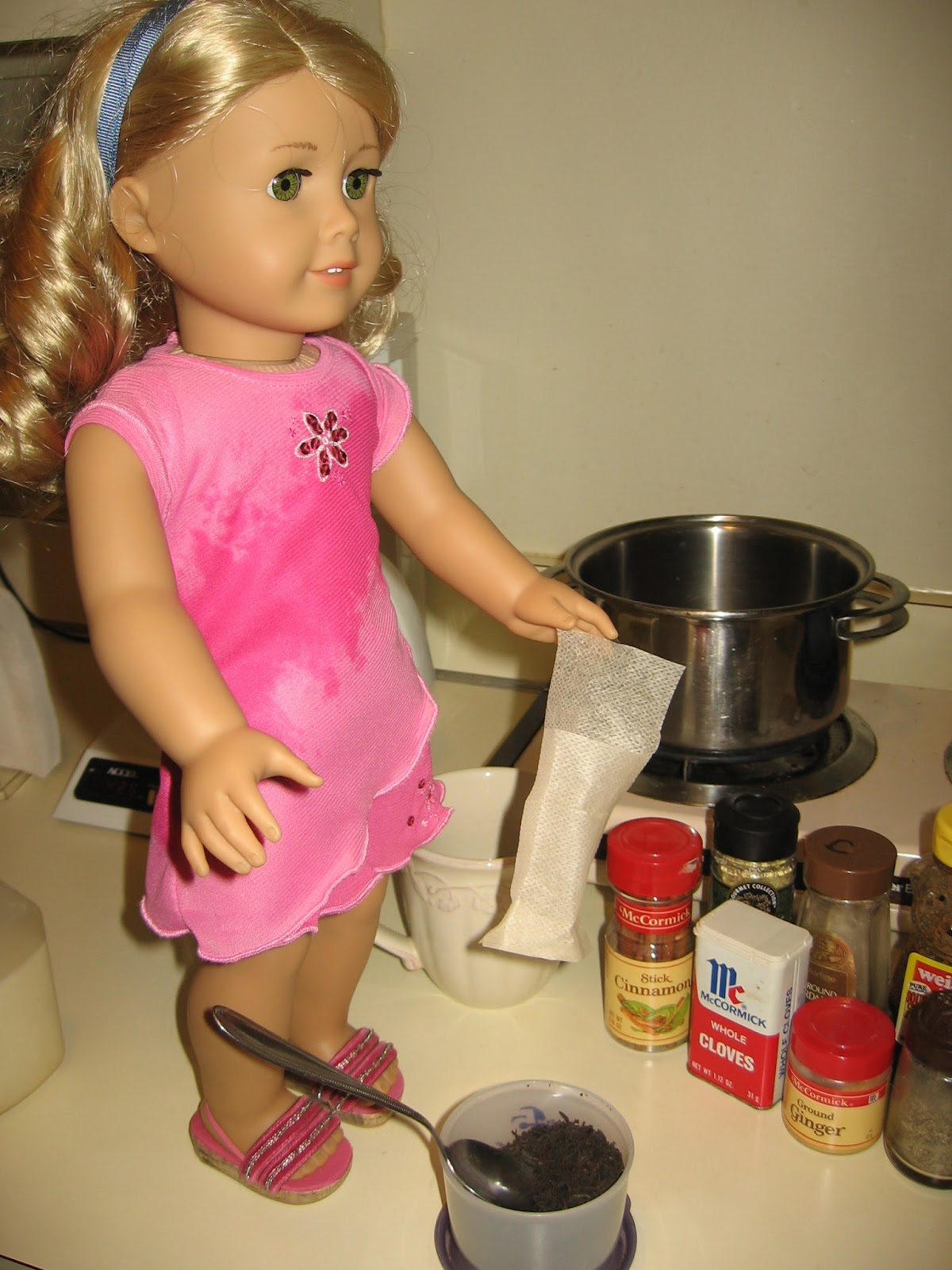 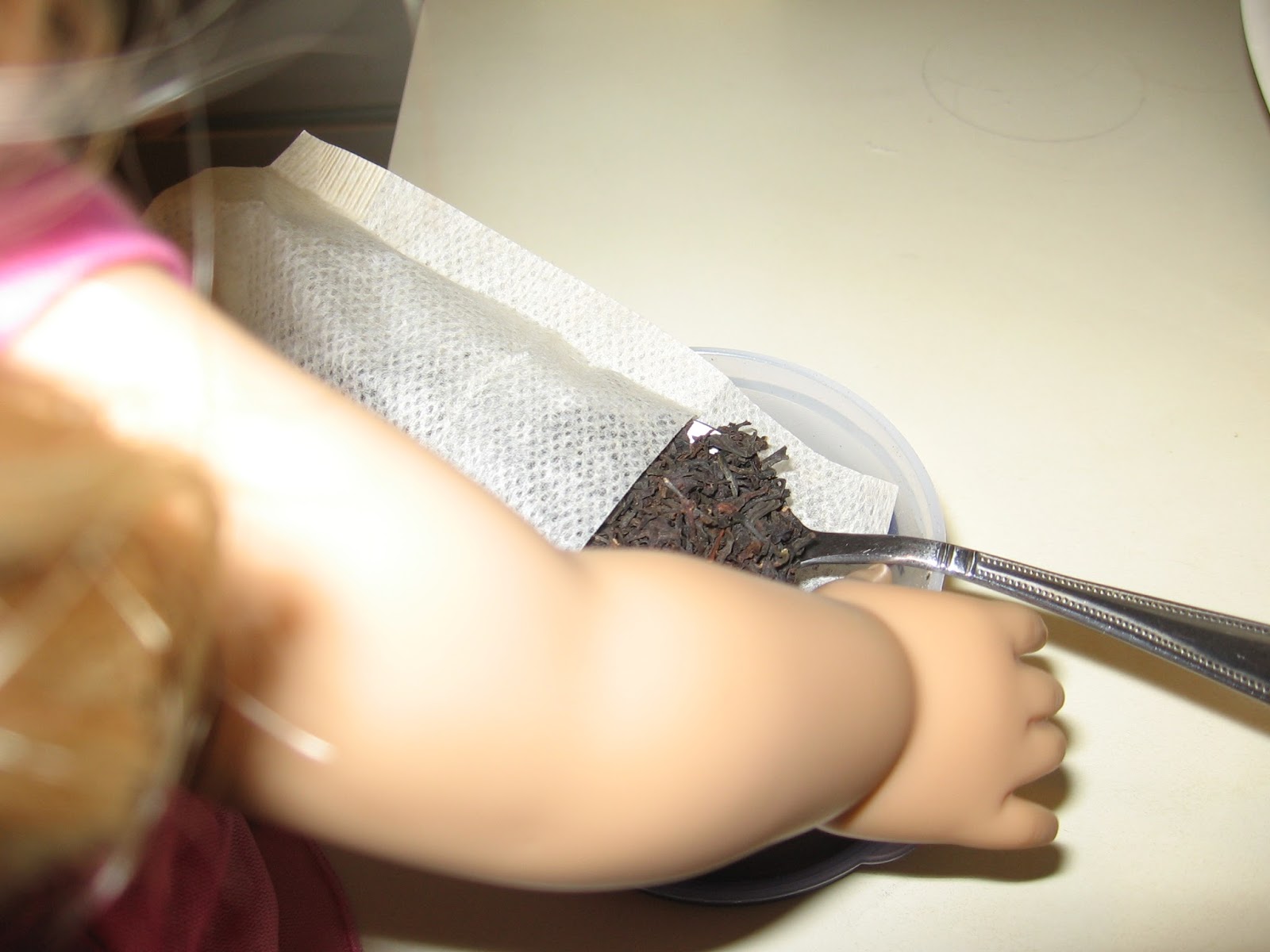 We made our own tea bag with Assam Black loose tea and added it to the boiling water. 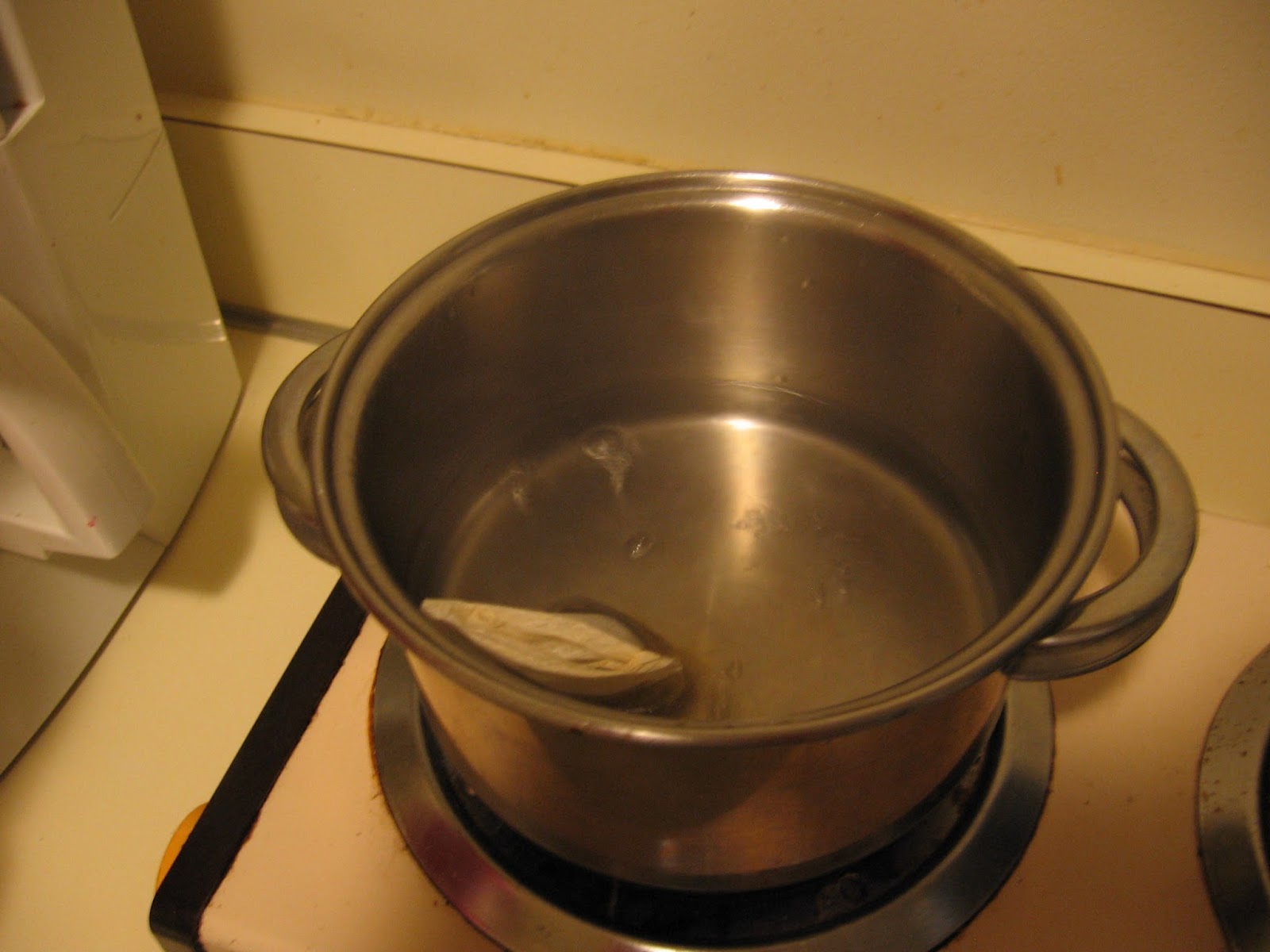 Then we crushed the spices together, made a spice bag, and added it to the boiling water. 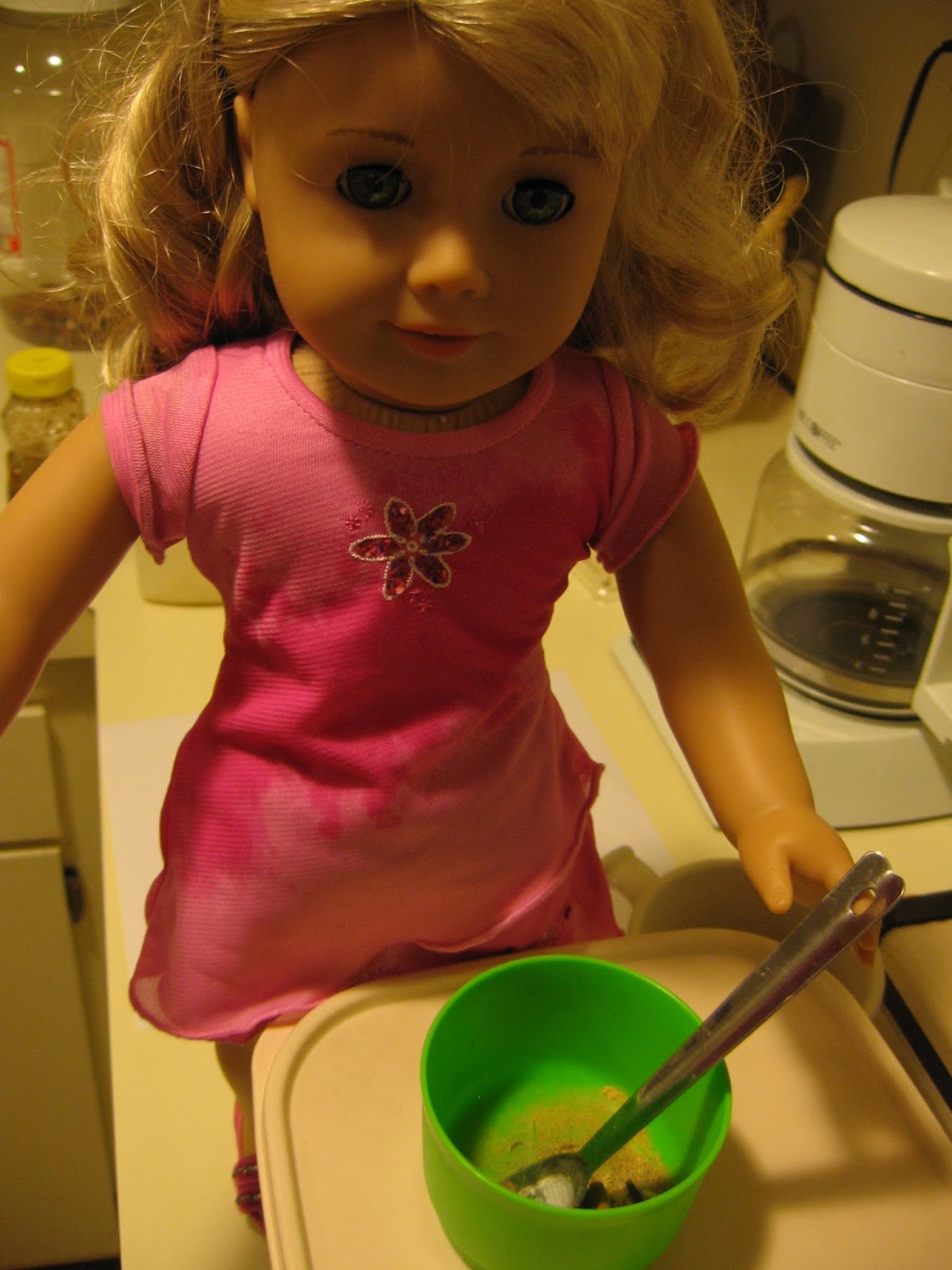 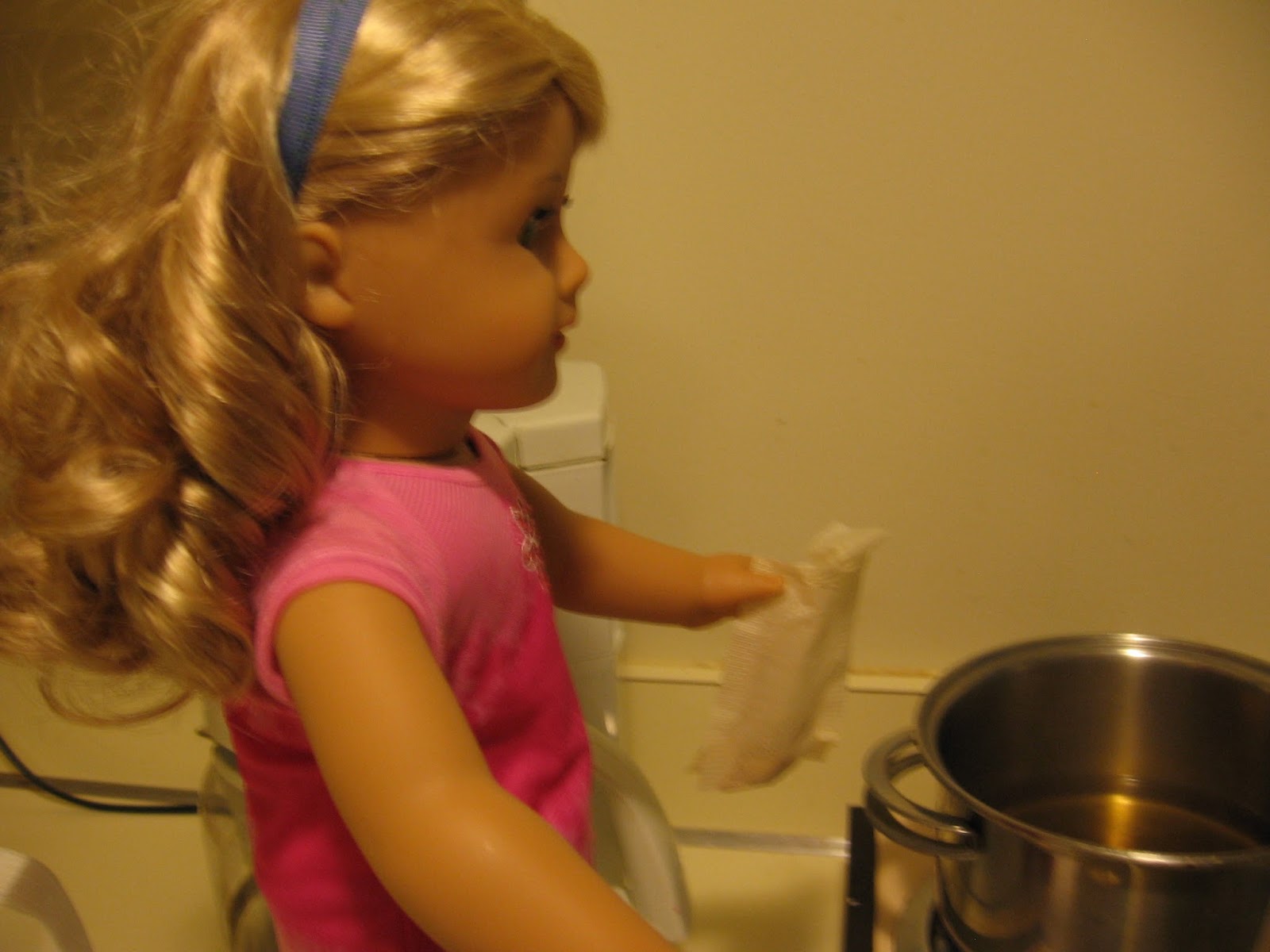 We watched it turn brown then dark brown. 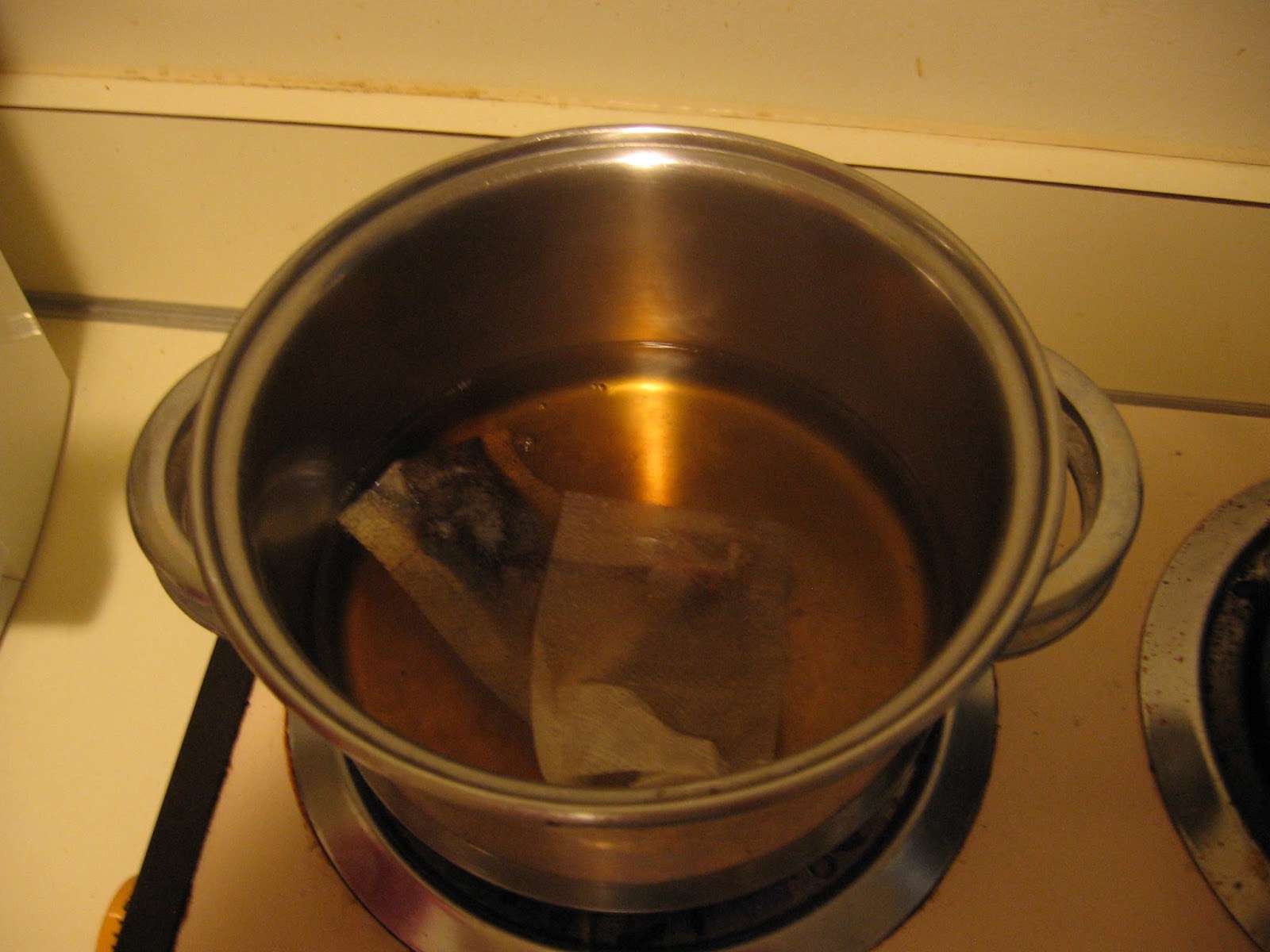 Then we added the milk and allowed that to come to a boil. Then scooped out the tea bag, removed it from the heat, covered it and let is set for 3 minutes. 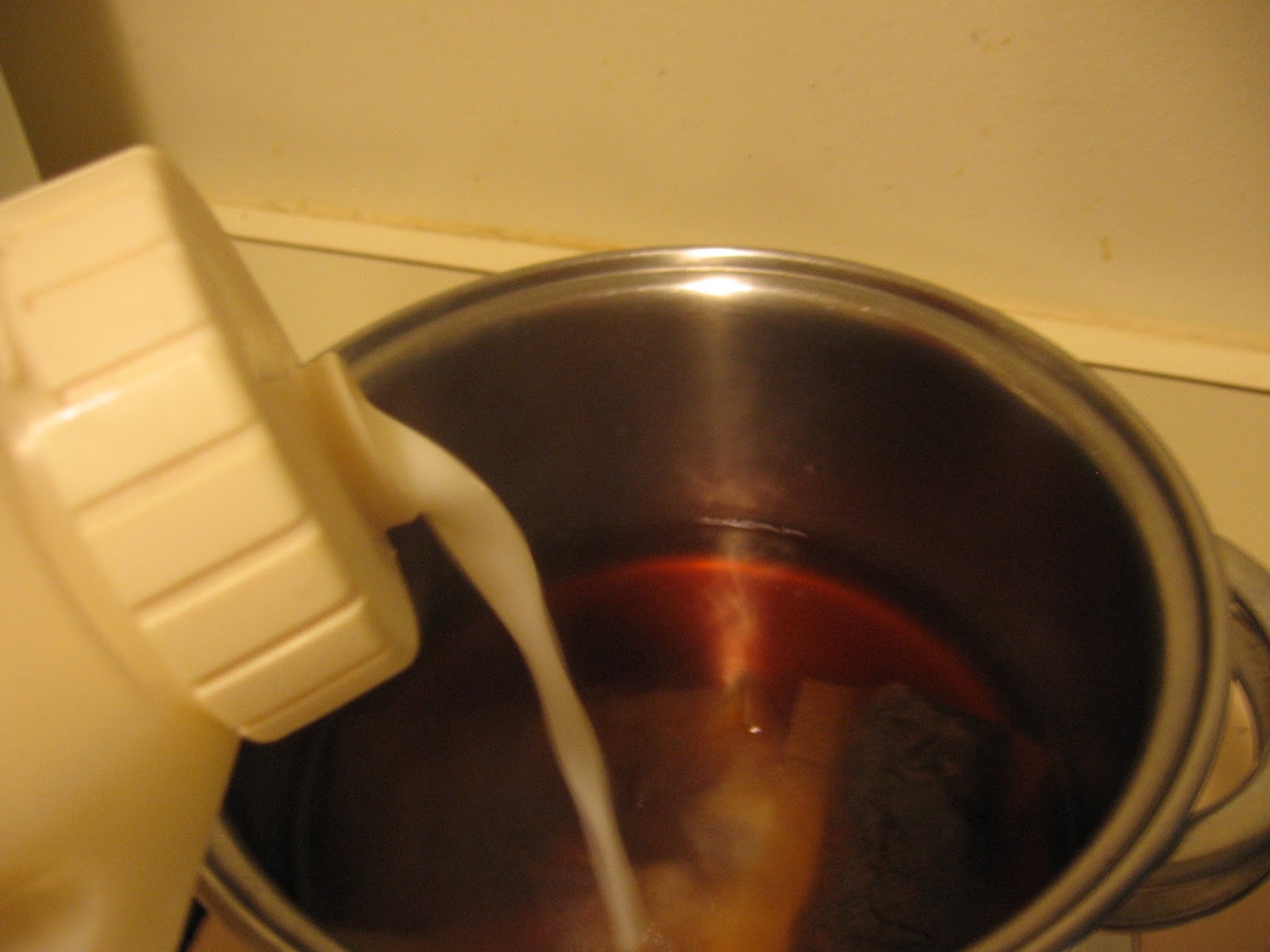 Here Lanie is waiting for the final boil. Since she was getting impatient she decided to look elsewhere in the kitchen. “The saying goes, ‘A watched pot never boils.’” and added the honey to the cup. 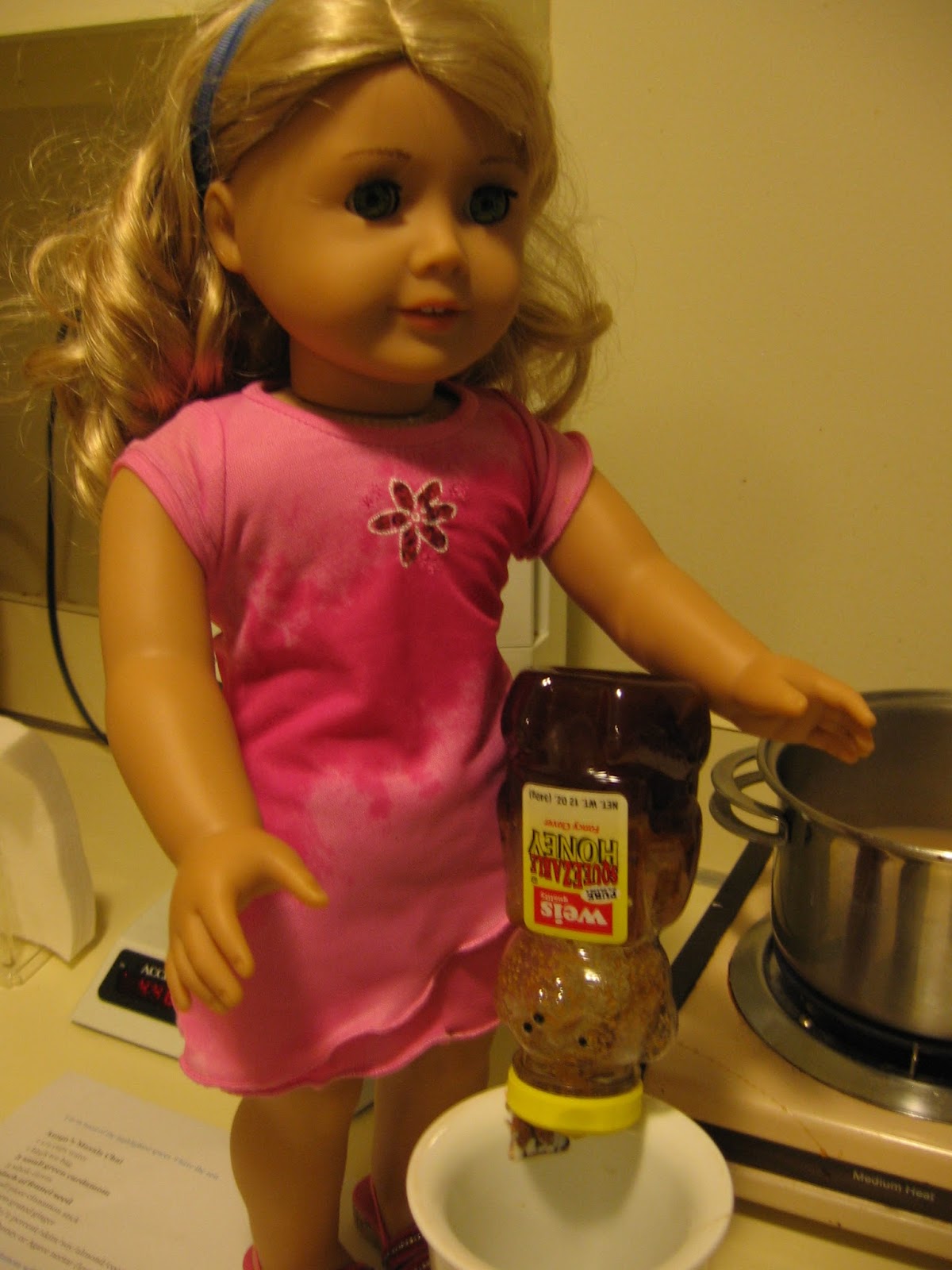 At last the final boil! We poured into the cup. “Smells good.” Lanie said. 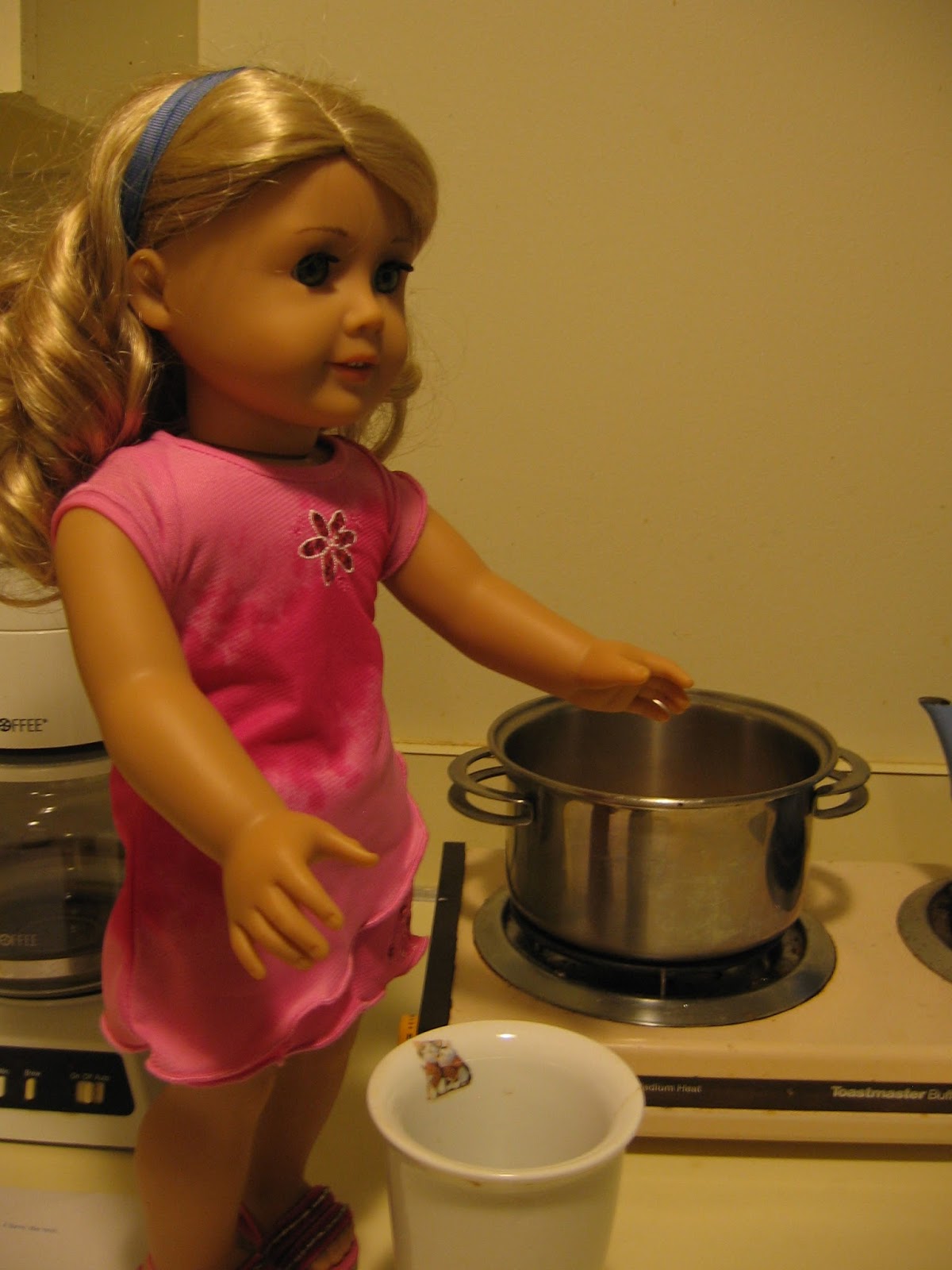 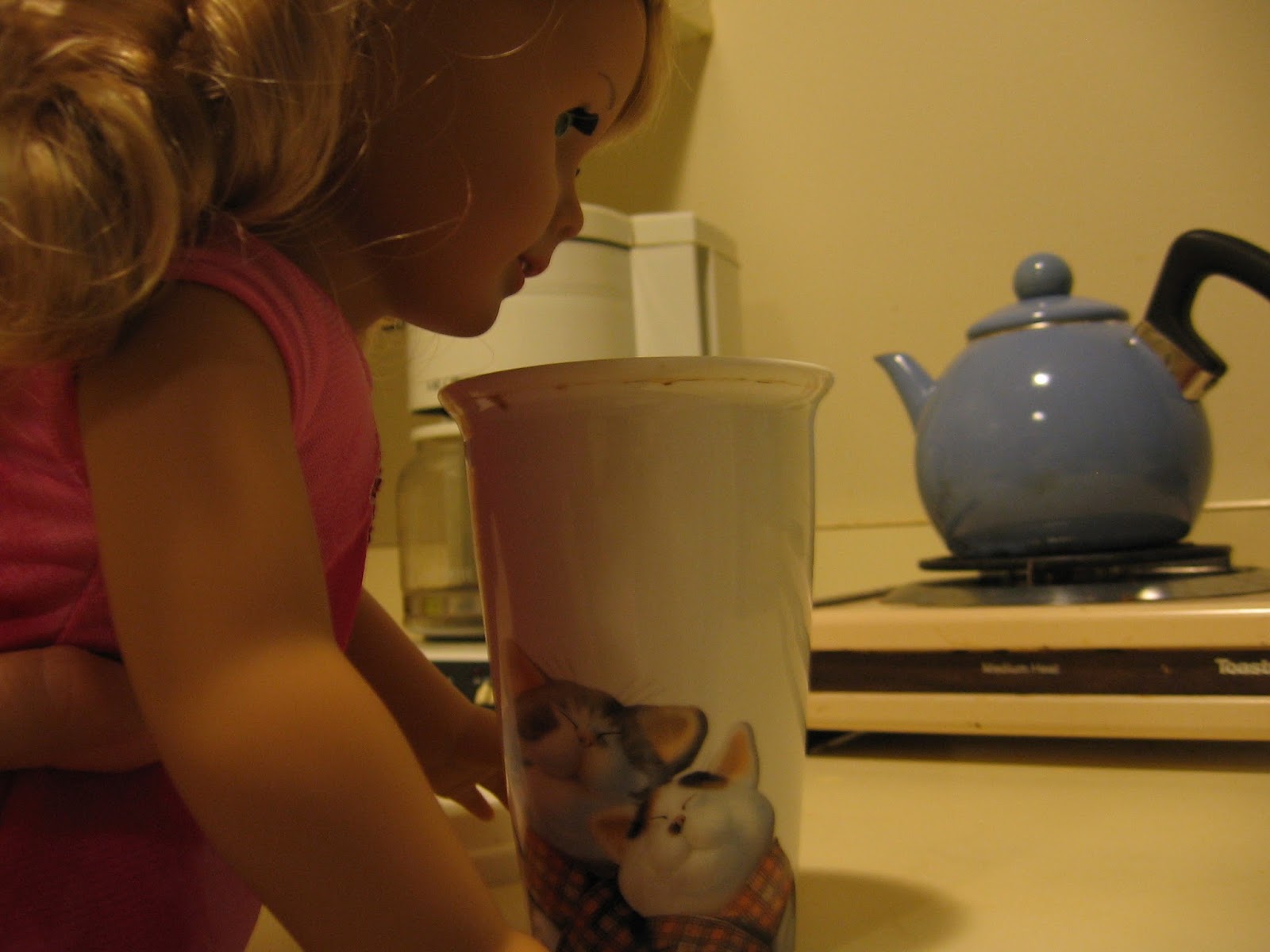 “Tastes good too. You try it.” 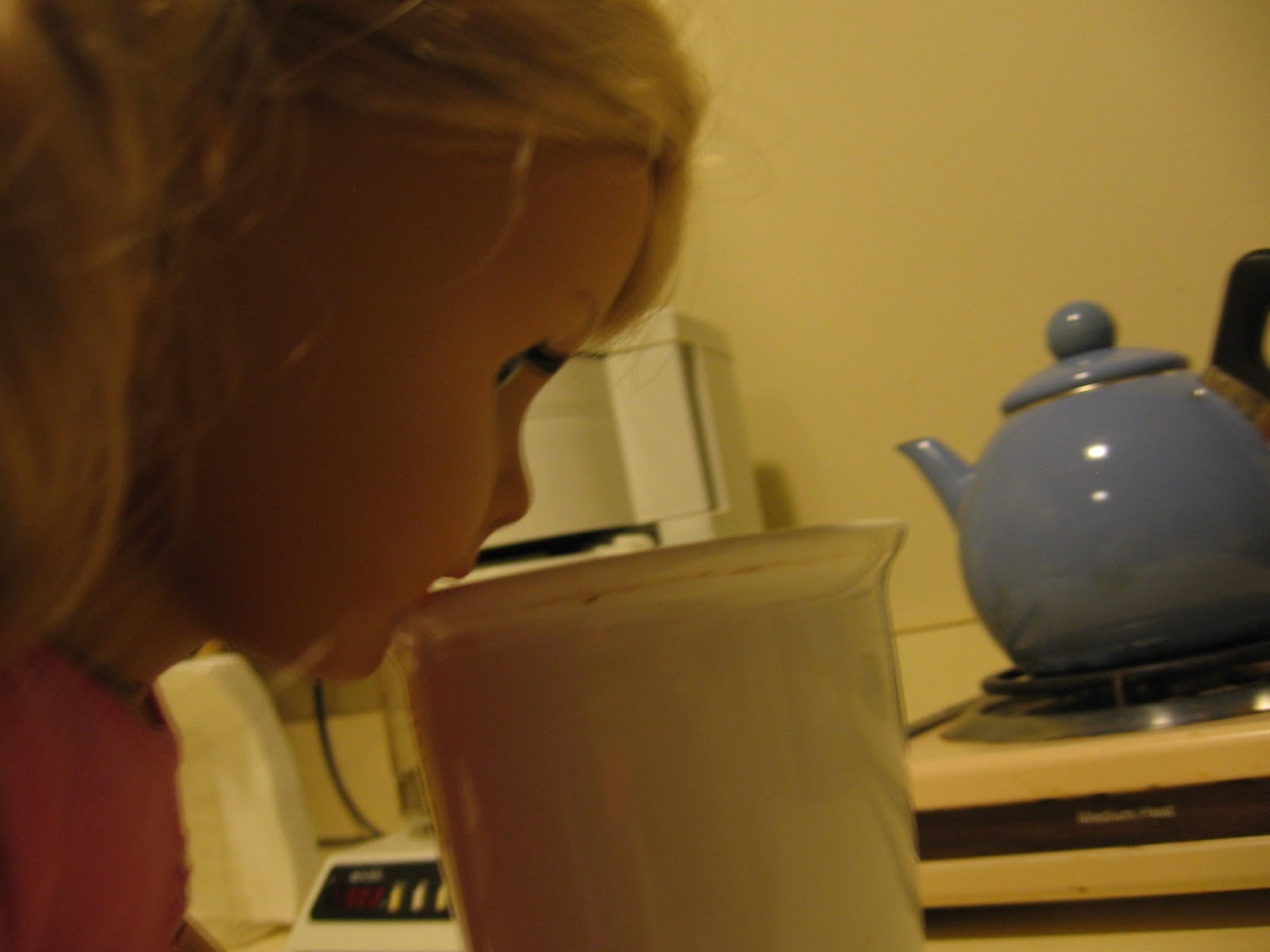 Hmmm, it’s a little bland (that’s what we get for not using whole, fresh spices), but not horrible. Still 100 times better than the stuff at Wawa and Starbucks.

Thank you for stopping by today.
Come again tomorrow.

Posted by Xyra Silverleaf at 1:05 PM