Package at the Door

Hey, guys! Look.
We have a package. 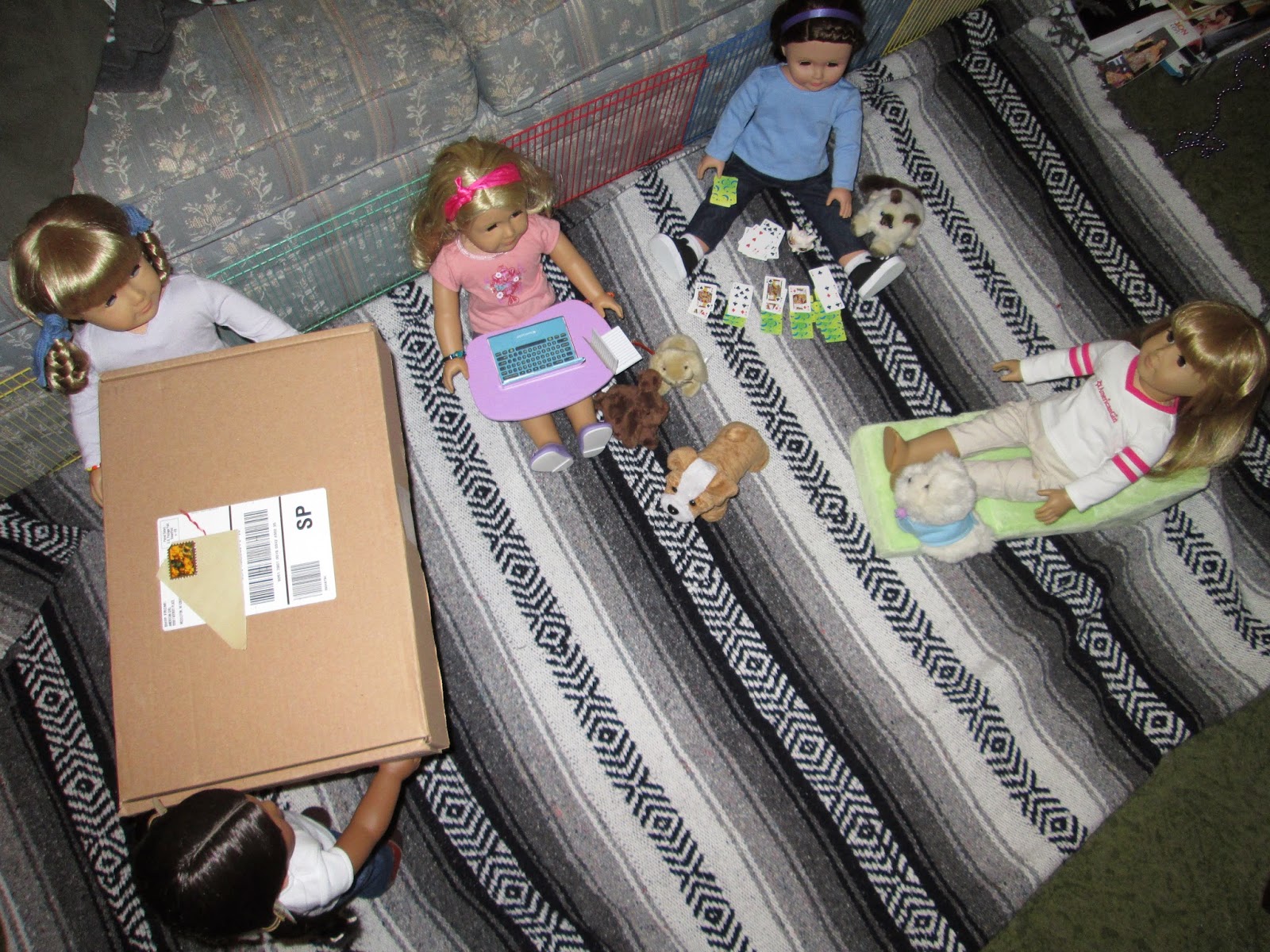 Cool!
Who's it from?
Great Auntie Mame!
Neat! What is it? 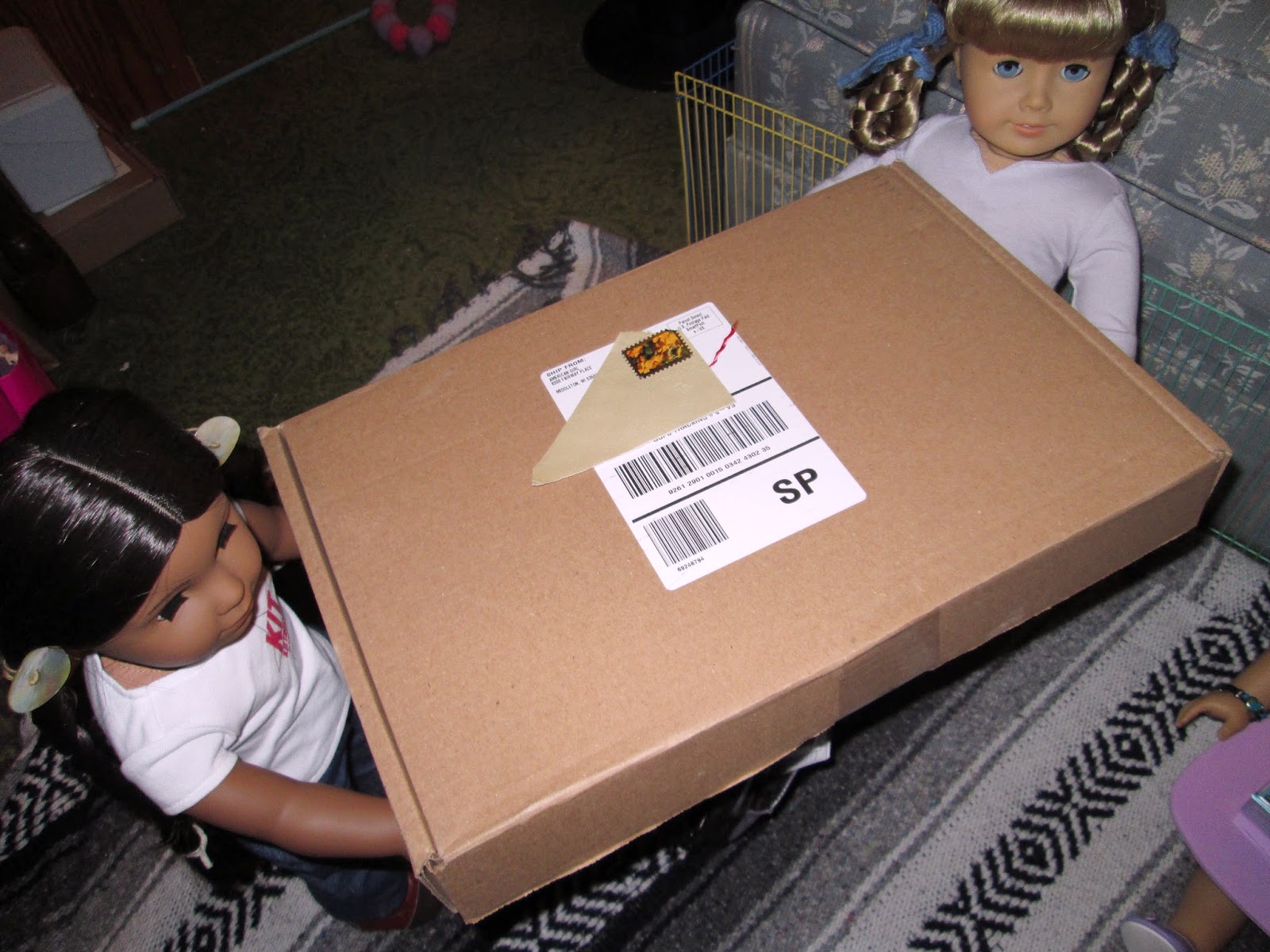 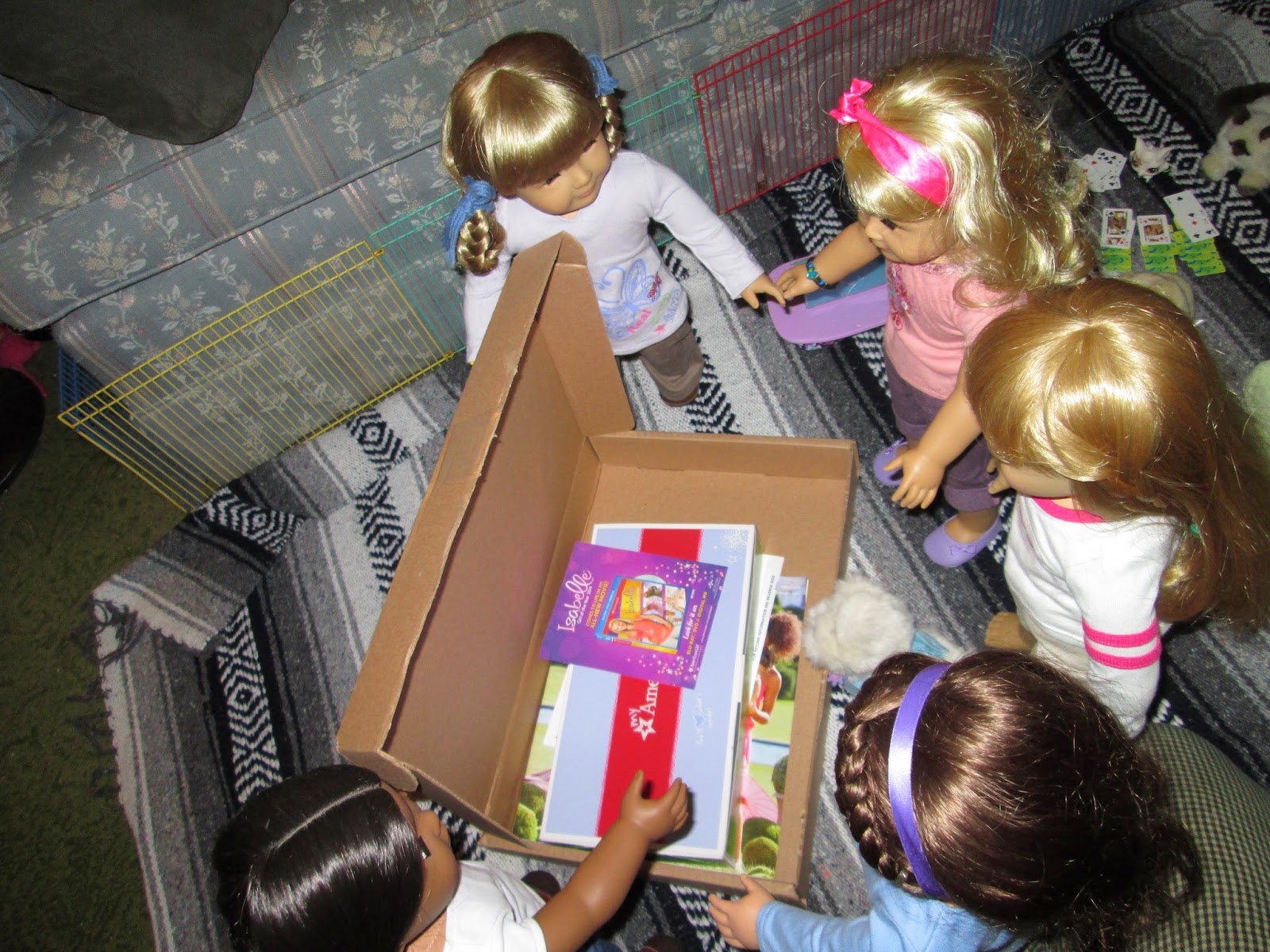 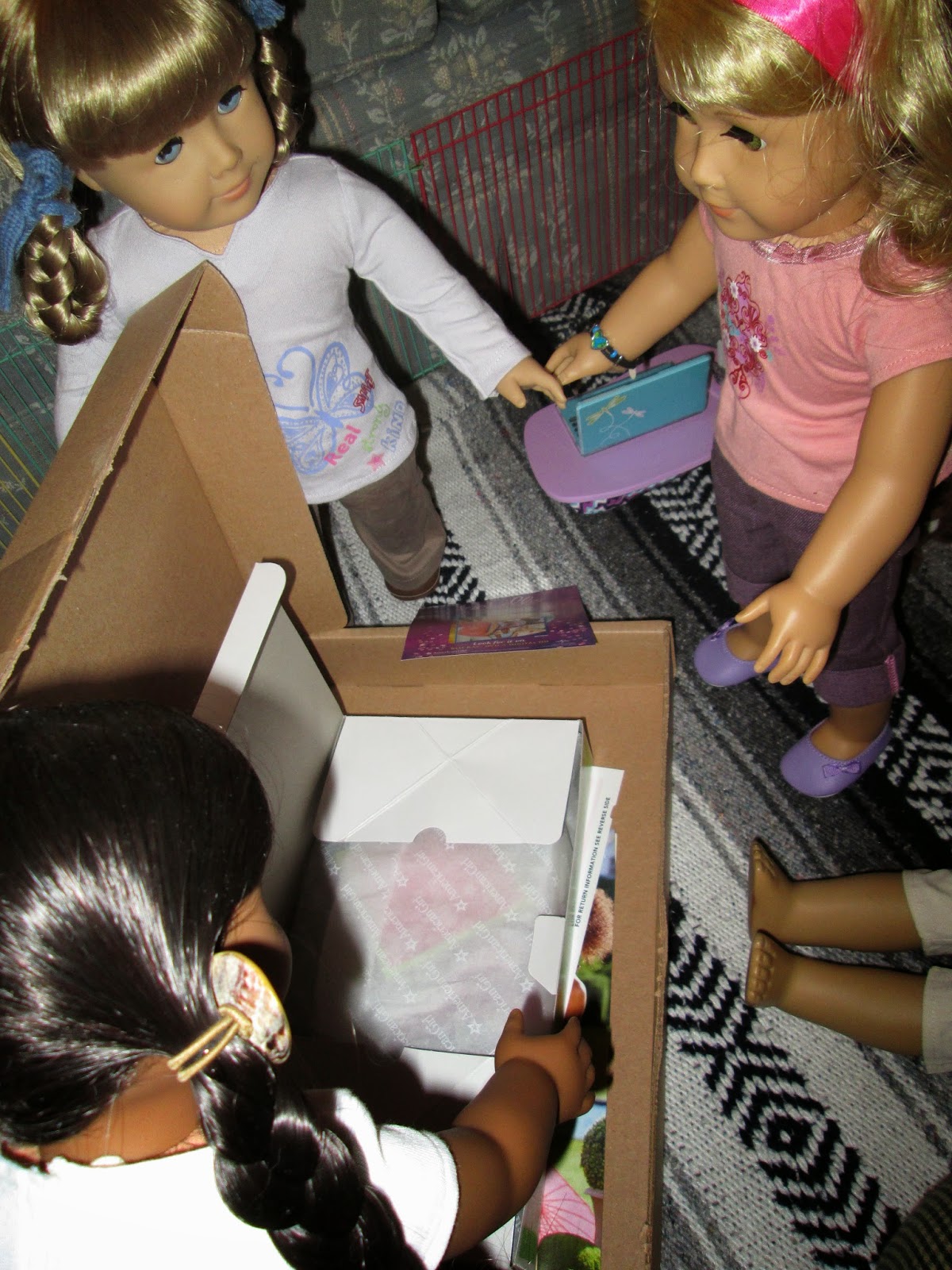 No way!
What?
It's a lacrosse* uniform! 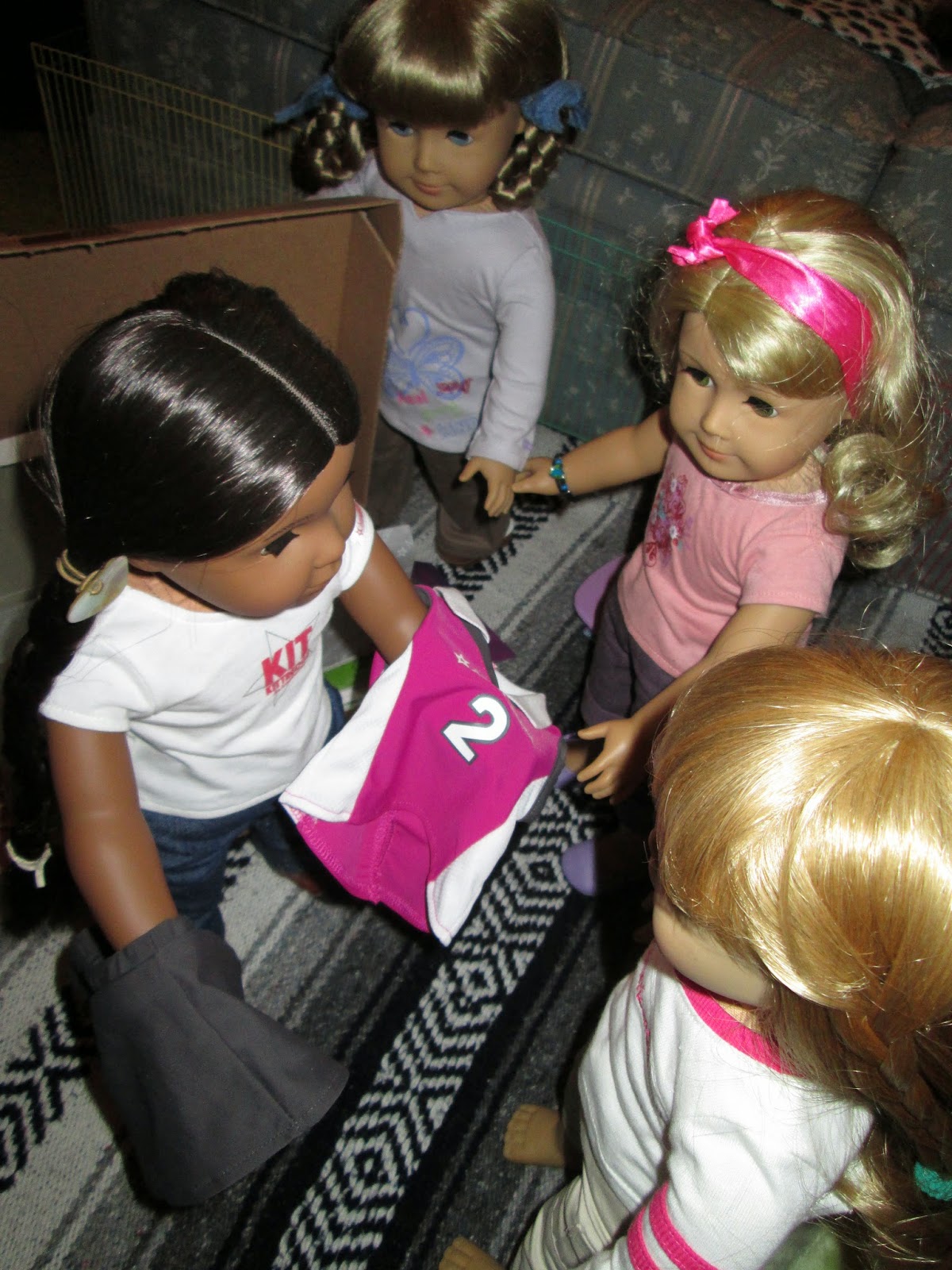 AWESOME!
Is there anything else in the box?
A lacrosse sitck! My own crosse!
Now we can both play! 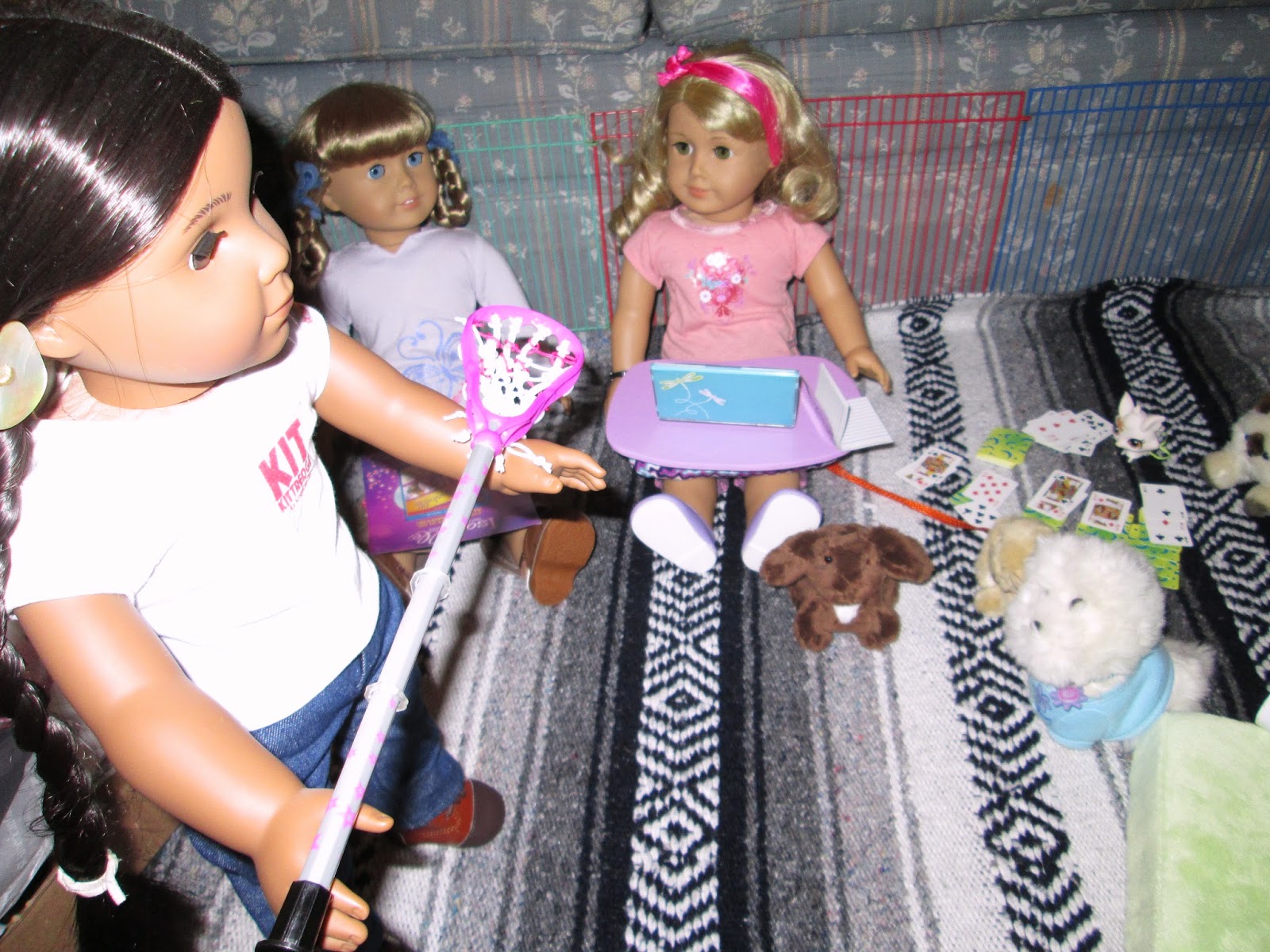 I'm going to get mine.
Toss it here. 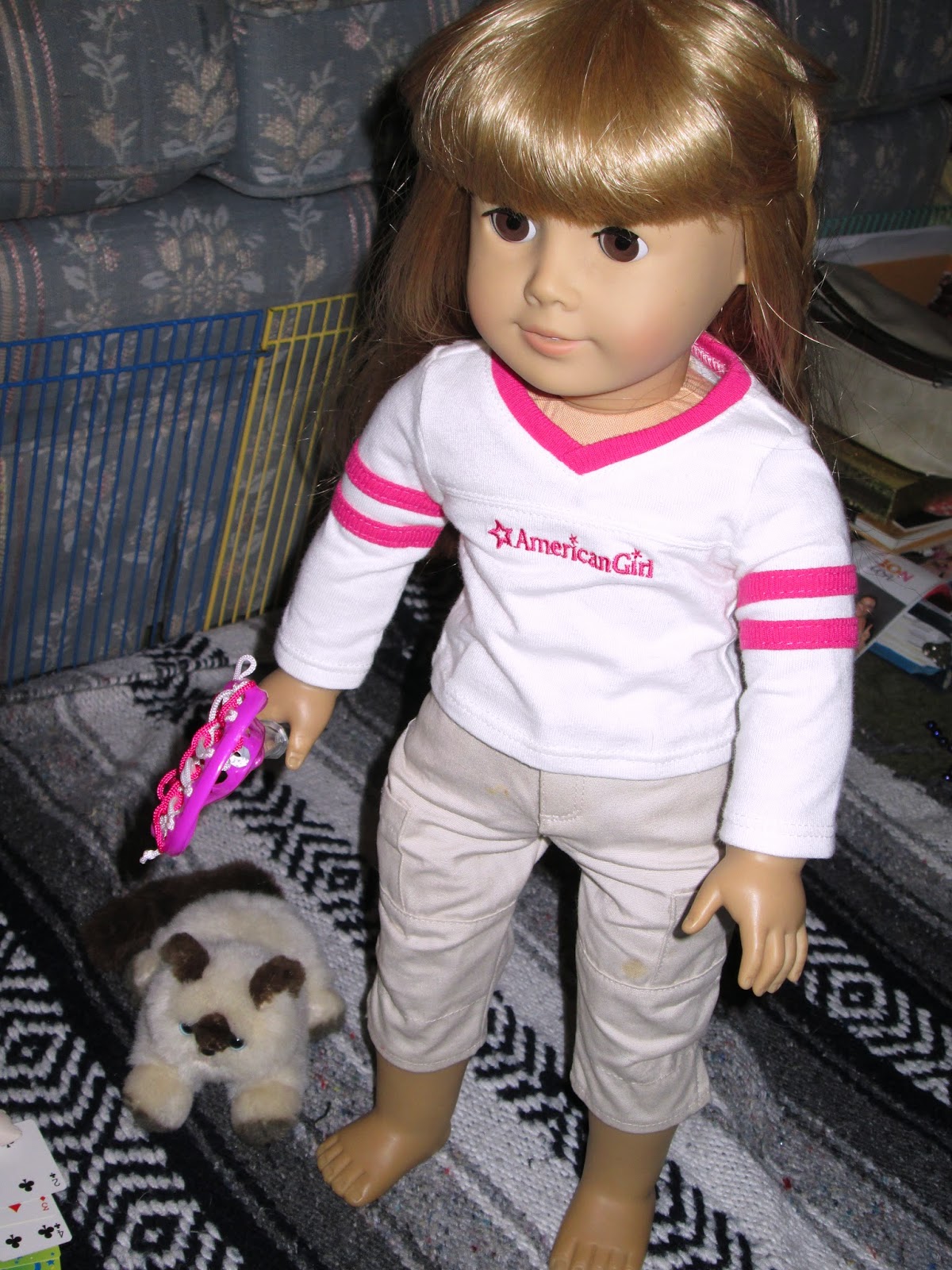 I'll try to be gentle.
Got it! 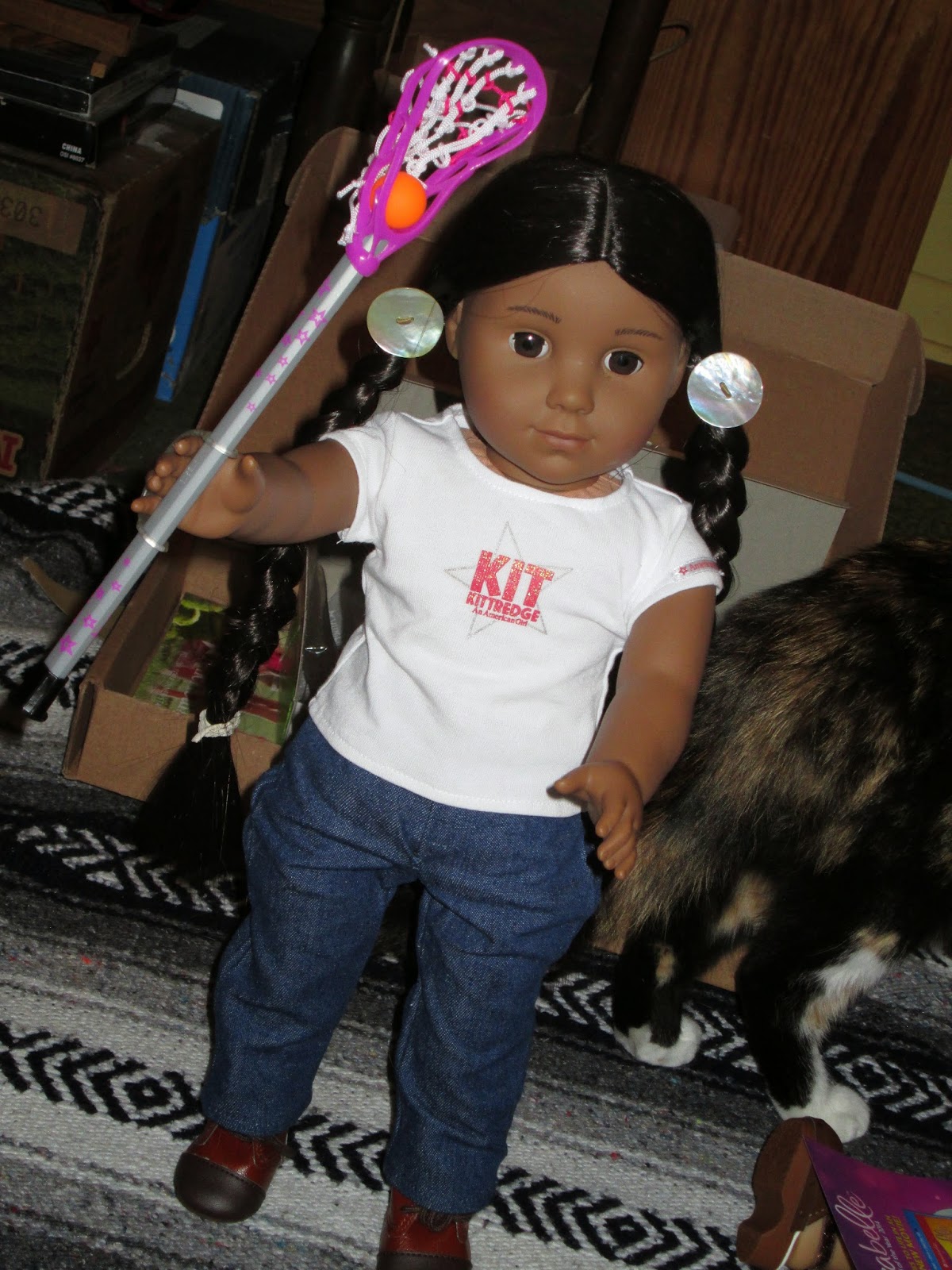 Um, I don't think you should throw in the house.
Hey, you two! Don't play ball in the house! 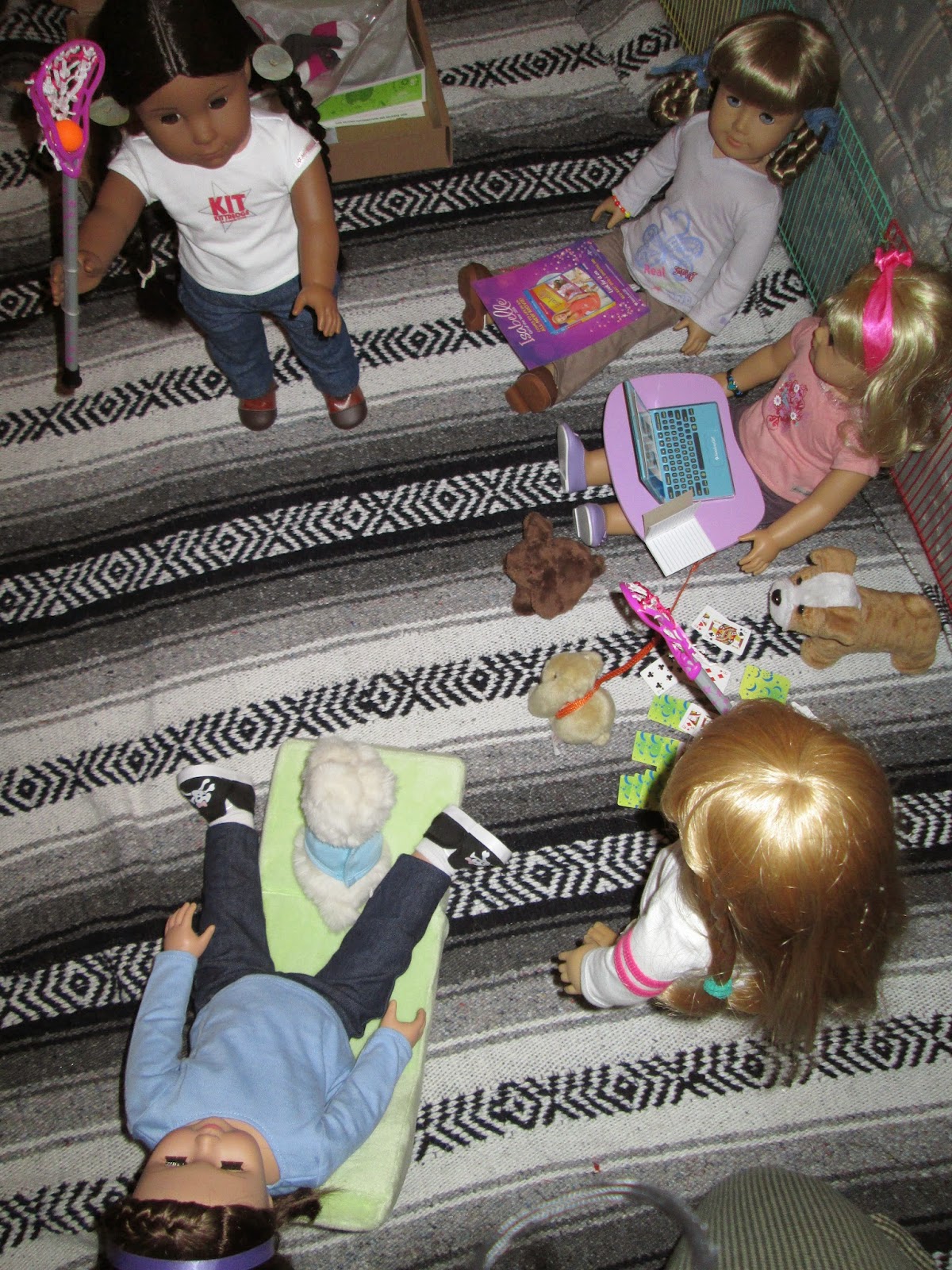 (giggling) Told ya.
You should try the uniform on.
I bet she looks great in it. 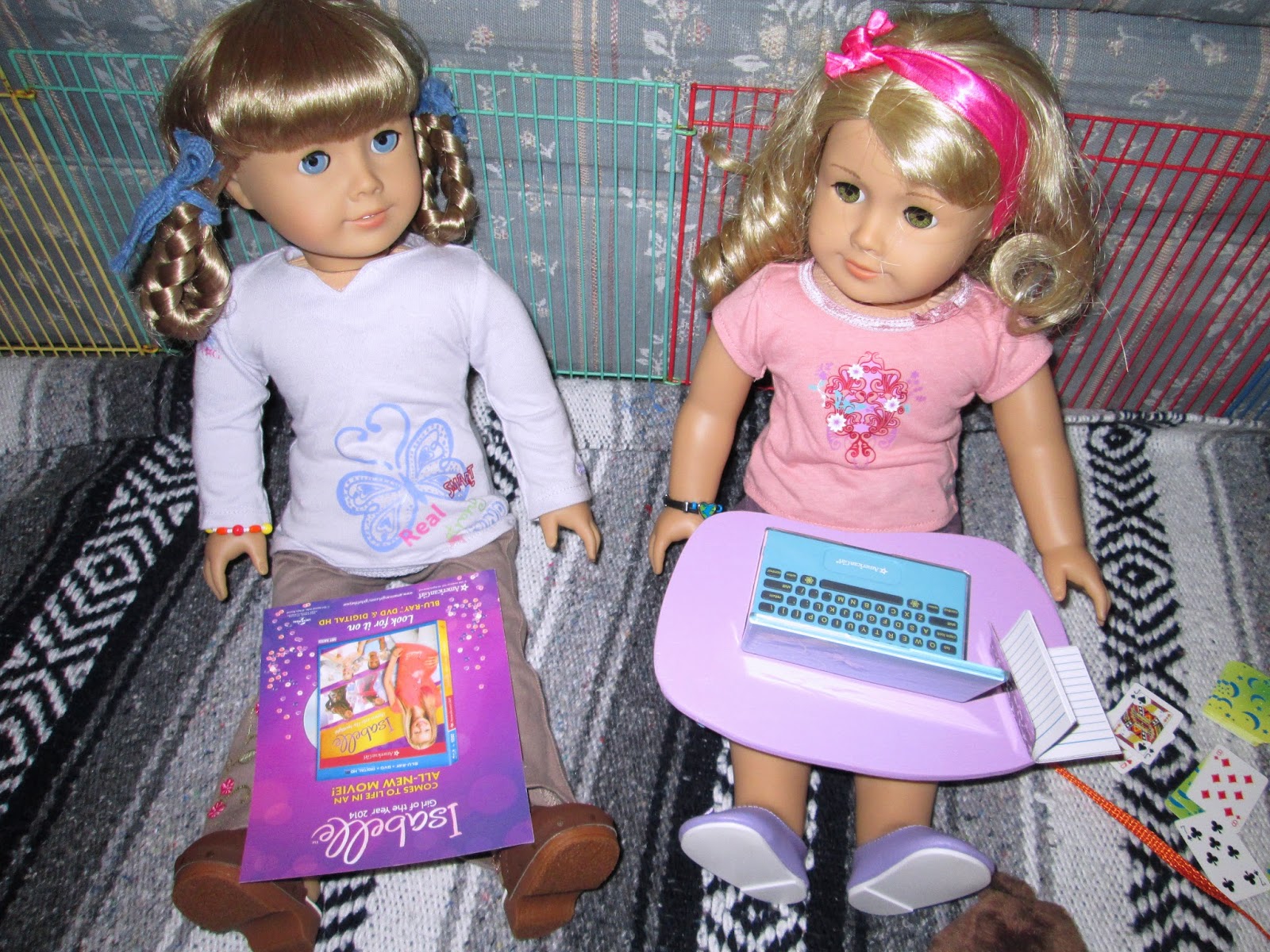 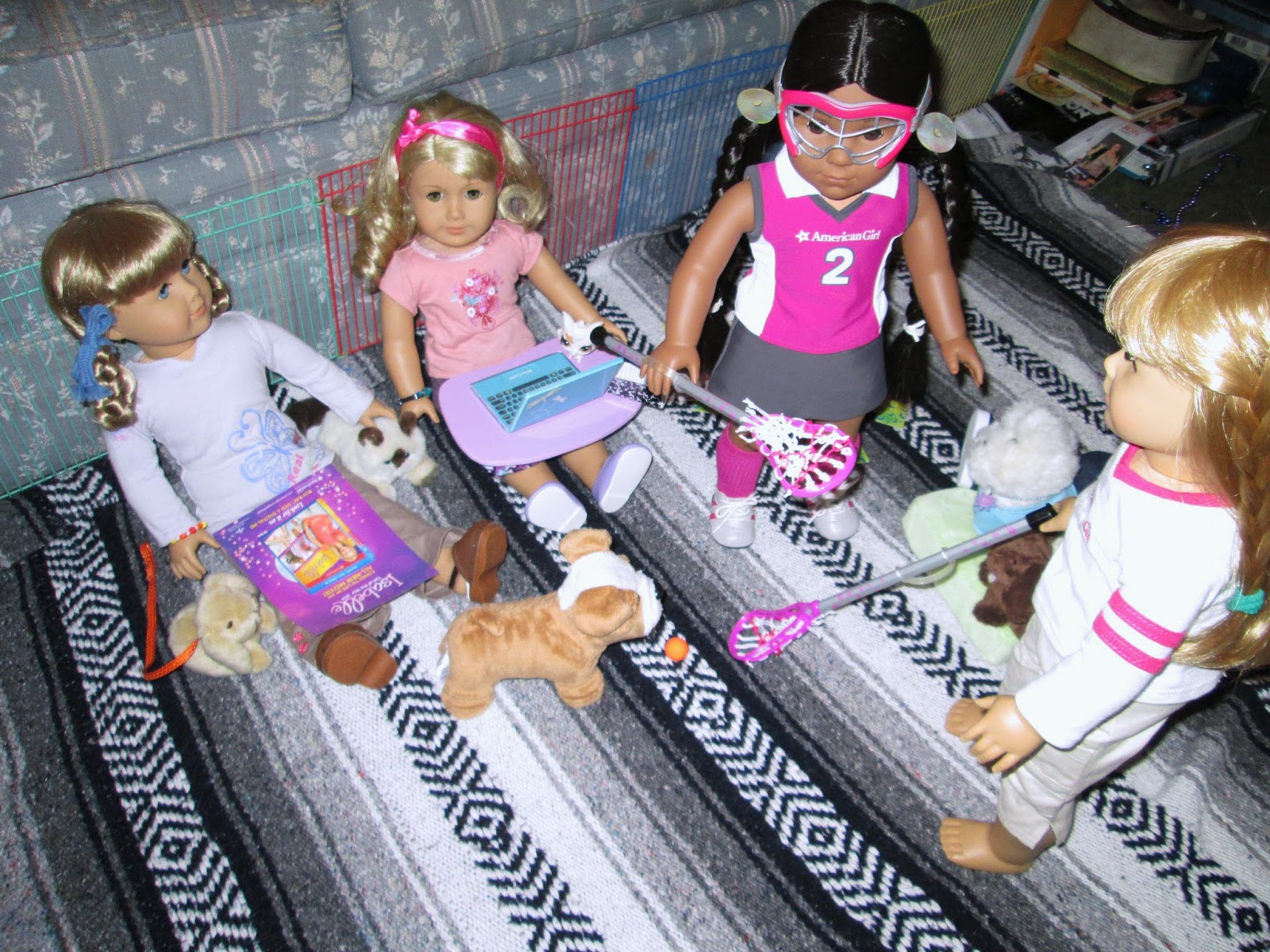 And fully outfitted too! 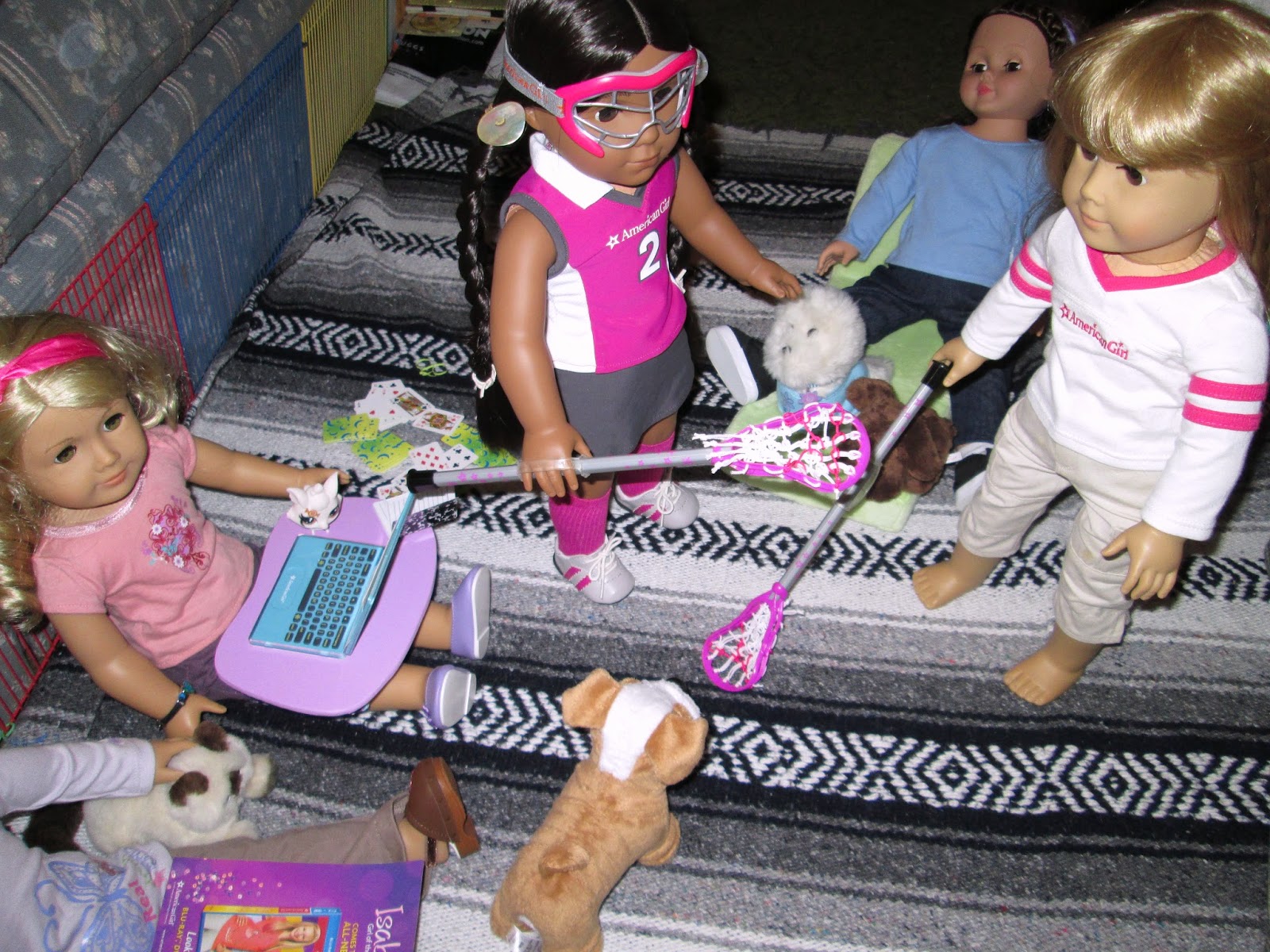 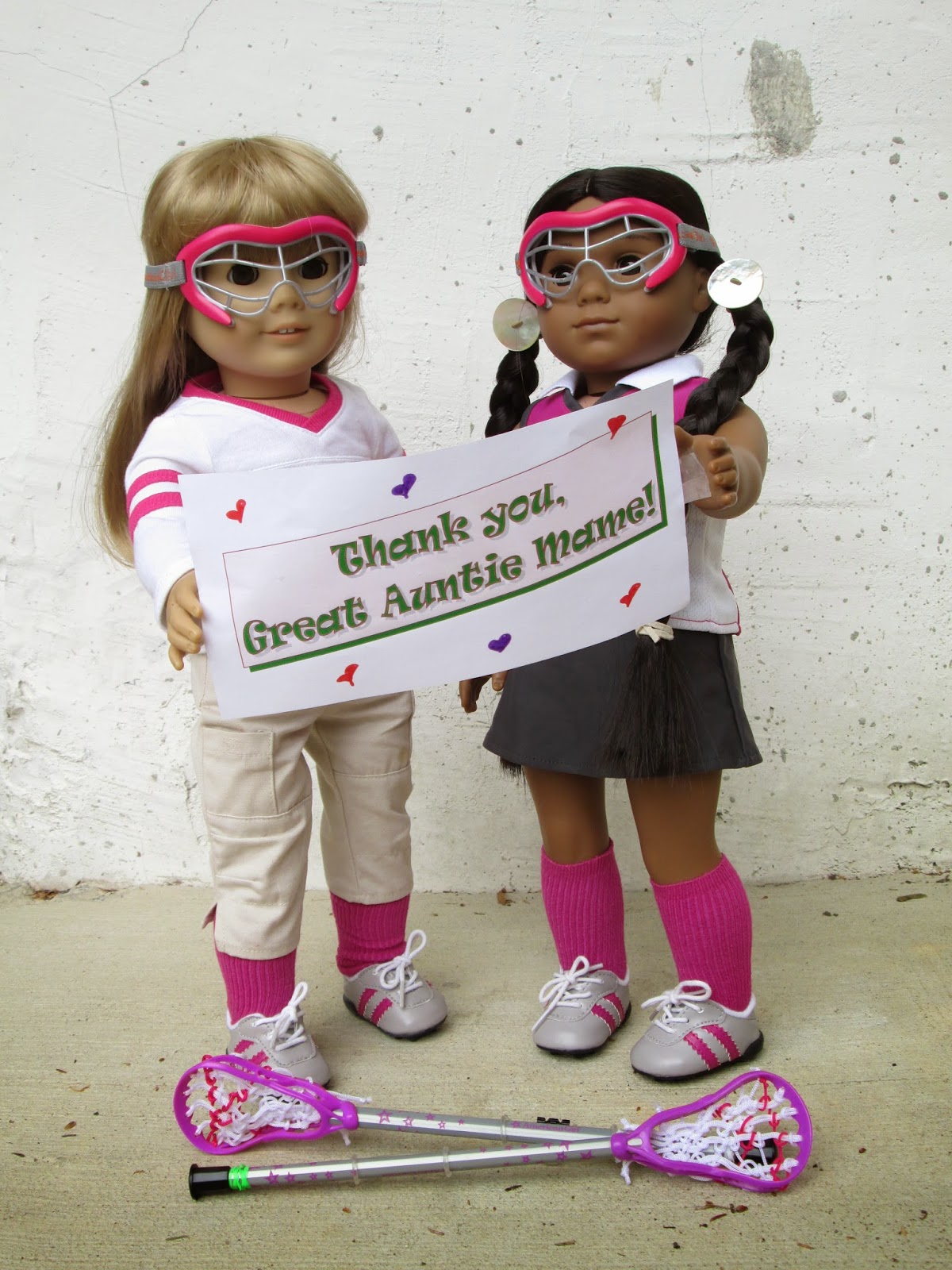 Thank you very much, Auntie Mame!

Have you received any fun surprises lately?  What is your favorite type of surprise?

* Xyra Note
The above link providing information on the history of lacrosse has language that construes a male bias and lack of understanding of women's lacrosse. The article, while written in 1994, states, "Ironically, the field lacrosse game of nonnative women today most closely resembles the Indian game of the past, retaining the wooden stick, lacking the protective gear and demarcated sidelines of the men's game, and tending towards mass attack rather than field positions and offsides."

As a lacrosse player of that time and I can assure you that we had defined field positions as well as defensive and offensive plays. The game did not focus on "mass attack." I can confirm that our only safety equipment was the mouthguard and that we did not have field limits with the exception of keeping the spectators, teammates, scorekeepers, and statisticians out of play and safe.

It is my personal observation that men's lacrosse focuses more on smash, bang, mass attack style of play and that women's lacrosse requires more finesse. So I am providing additional links on the "herstory" of Women's Lacrosse.
Wikipedia
Federation of International Lacrosse
Woodbury United

Both men's and women's lacrosse are steeped in our Native Americcan heritage and are wonderful to participate in as well as watch.

Posted by Xyra Silverleaf at 10:18 AM