Taking the first flight out is smart because you can maximize your visit. However, it also makes for a very long day. Xyra and I were up at 2:30 AM. The car was packed and we headed off to the airport an hour later. Traffic on the highways was very light and Xyra pulled into SmartPark shortly after 4 AM. When the van filled with other travelers we were off to the airport.

Almost to the Gate

The line for the TSA was pretty long. Almost everyone was patient. I rode through in a bin. So both of us were scanned. thankfully neither of us got beeped for a more thorough search.

Here we are. Ready to board. We flew Southwest. 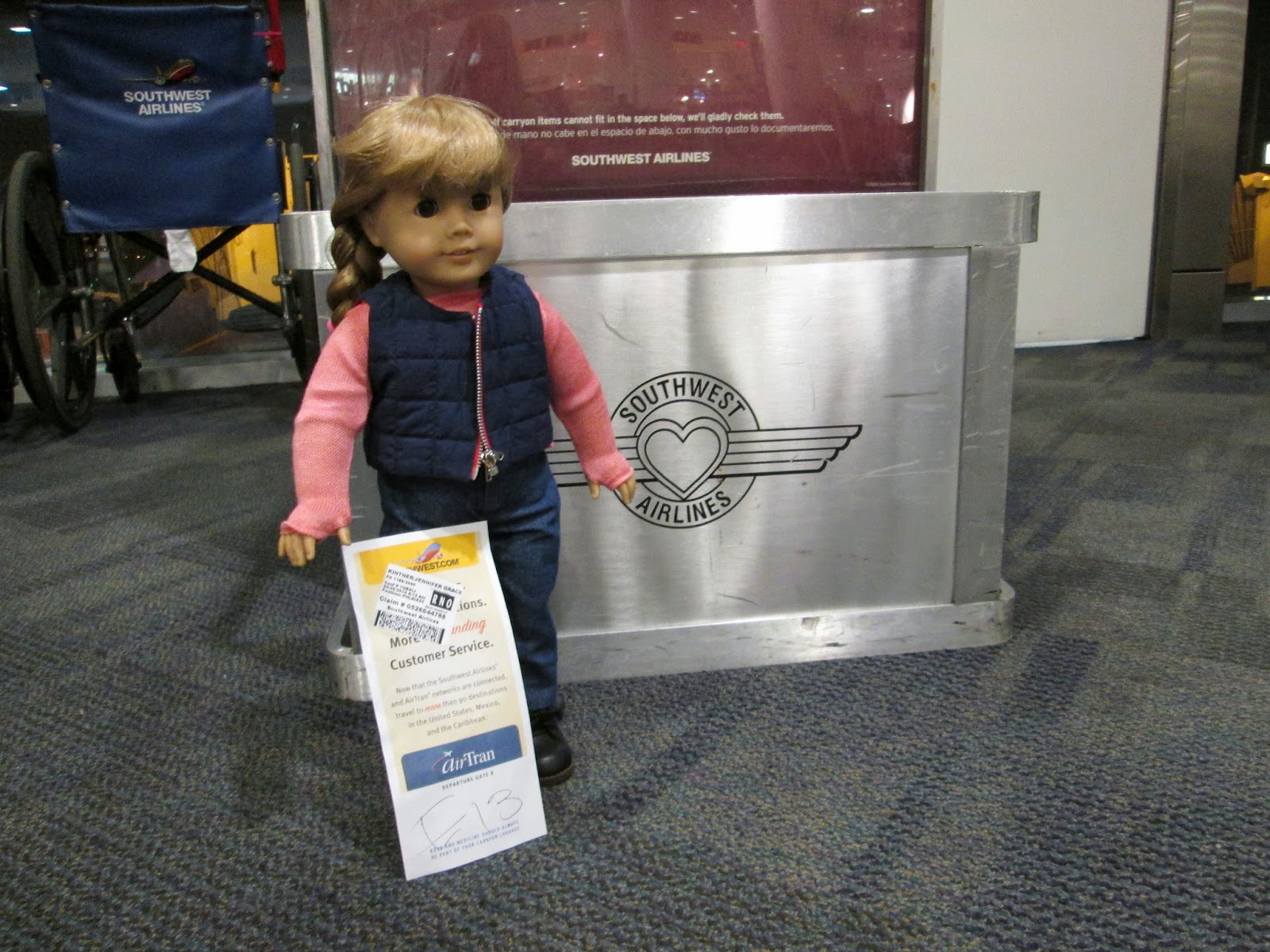 We could see the plane out the window. It's still dark out. 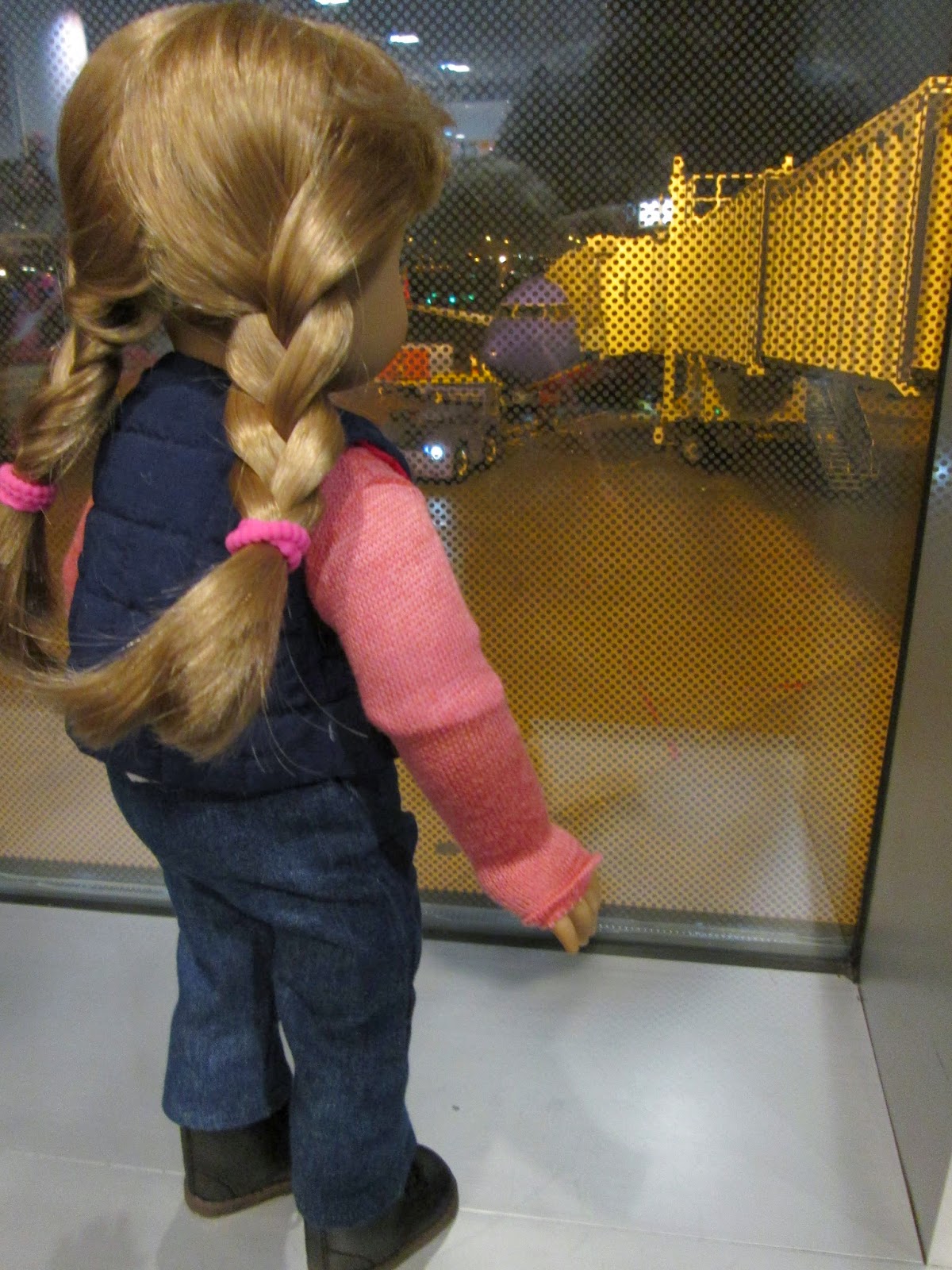 We met a few very nice people while waiting to board. On very nice woman ended up sitting with us on the flight to Chicago Midway.

On the Plane: Philly

Xyra prefers a window seat...on the wing even better. not sure why. Which seat do you like when you fly? 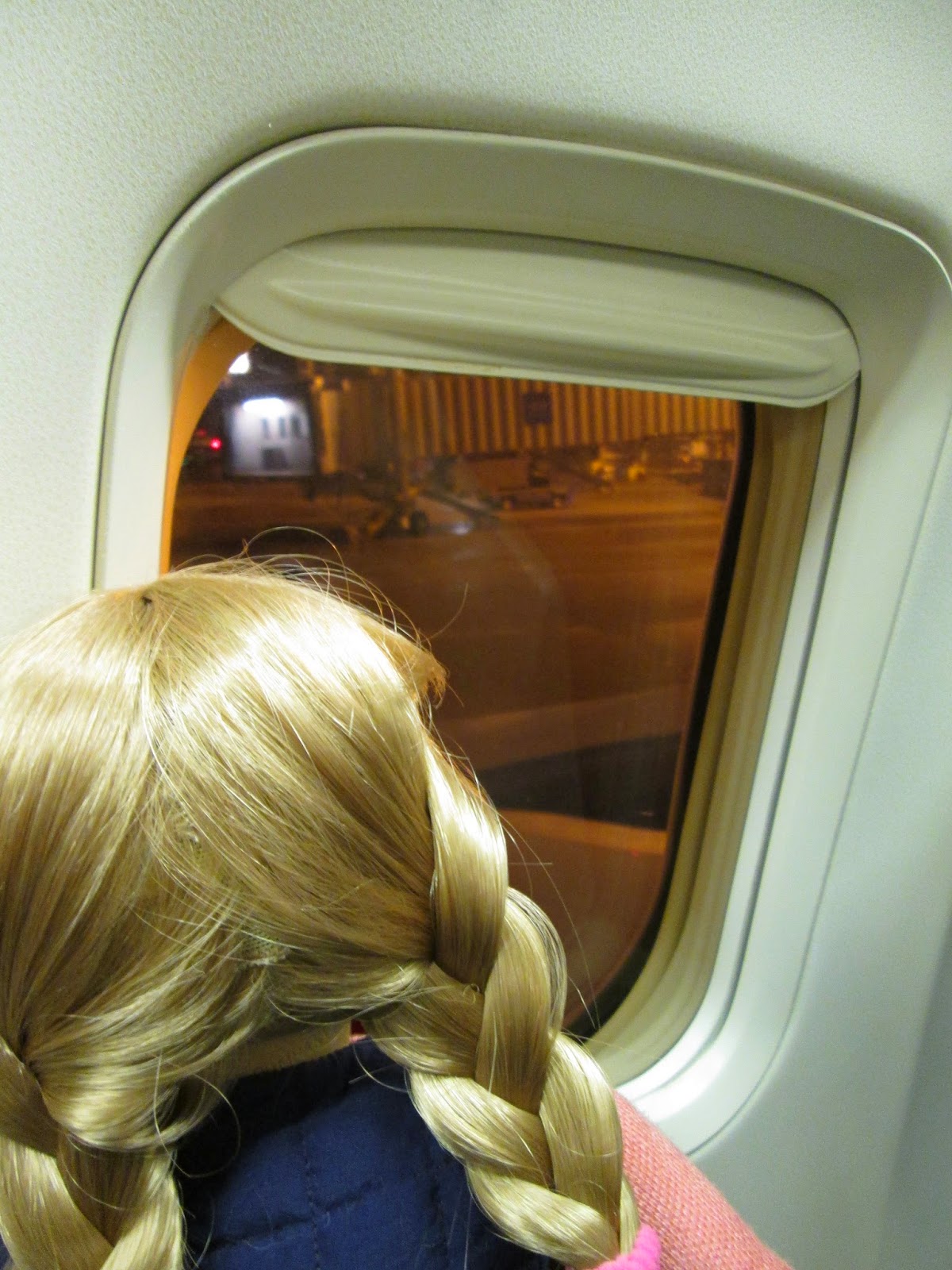 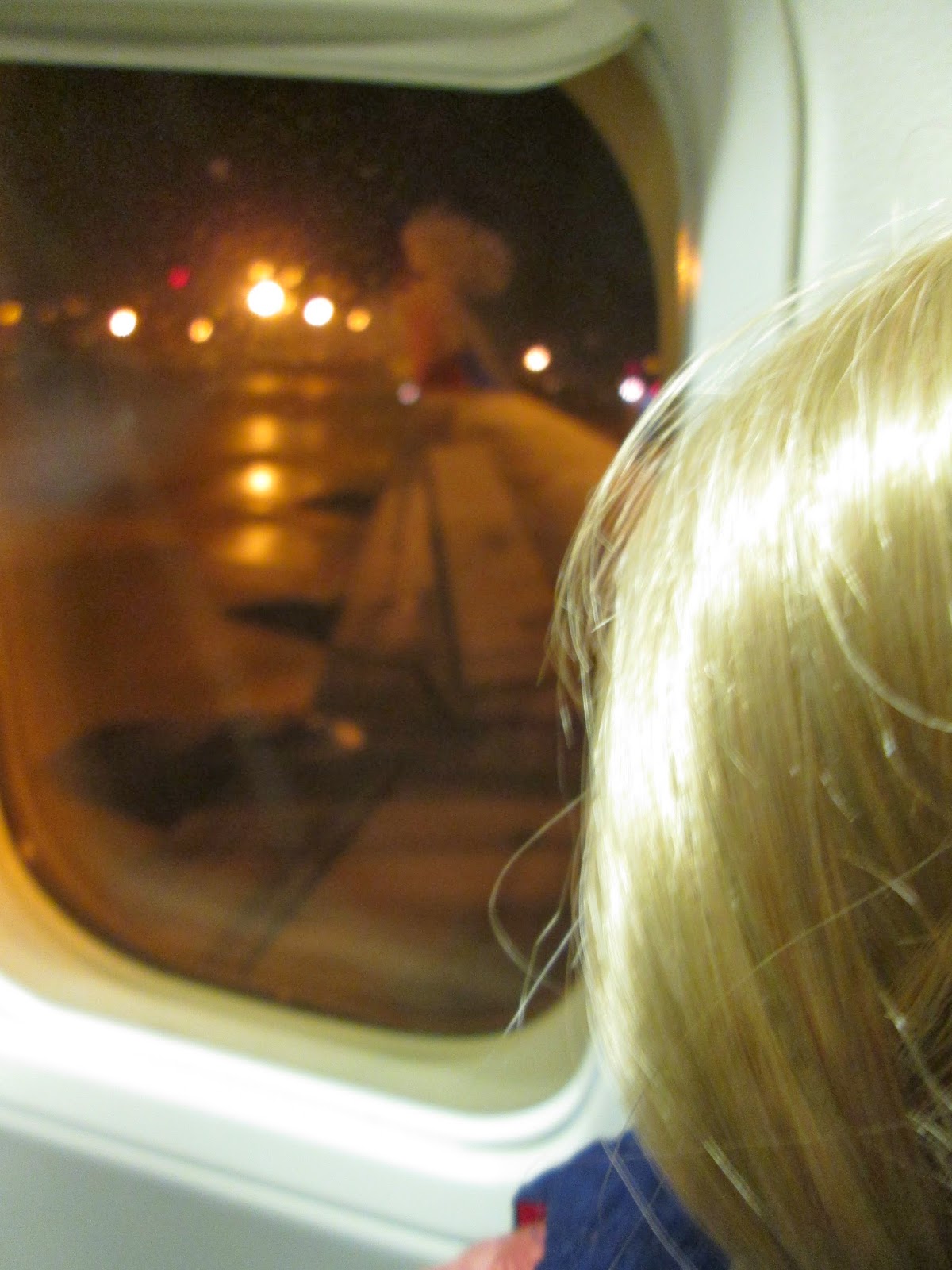 We're finally in the sky and the sun is rising. The sky is getting a bit lighter. You can still see the moon though. 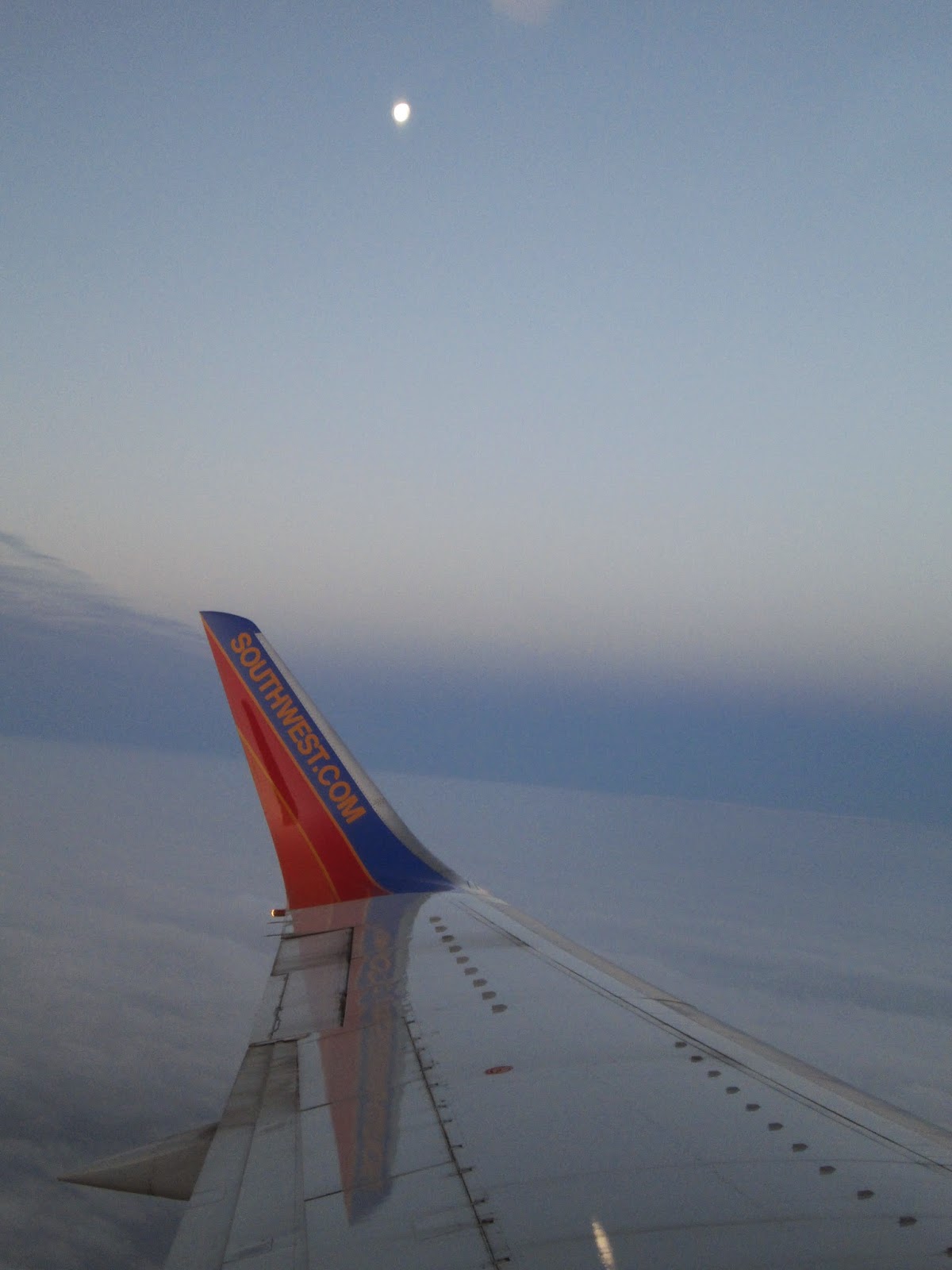 Here is the sun off the wing. 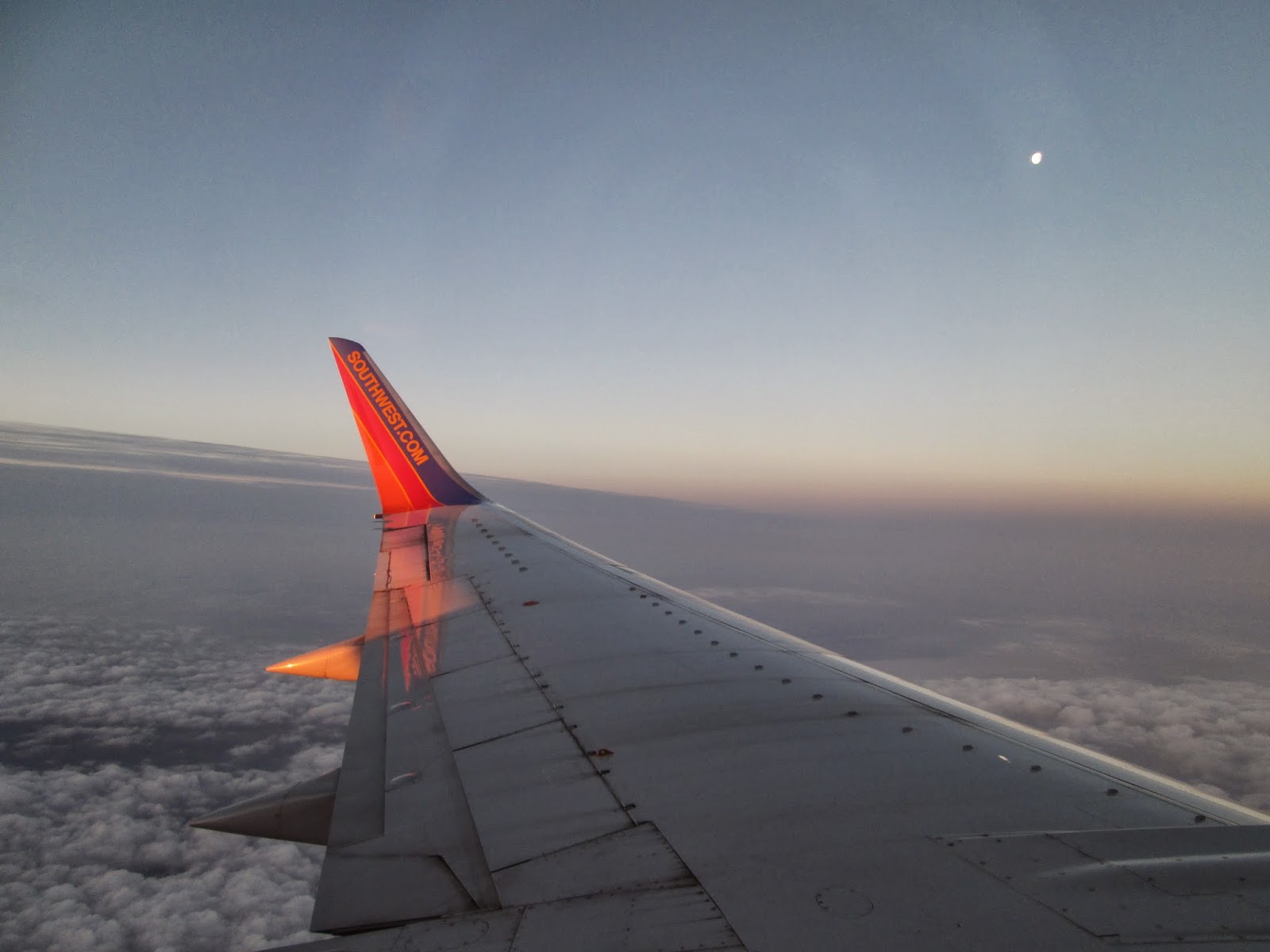 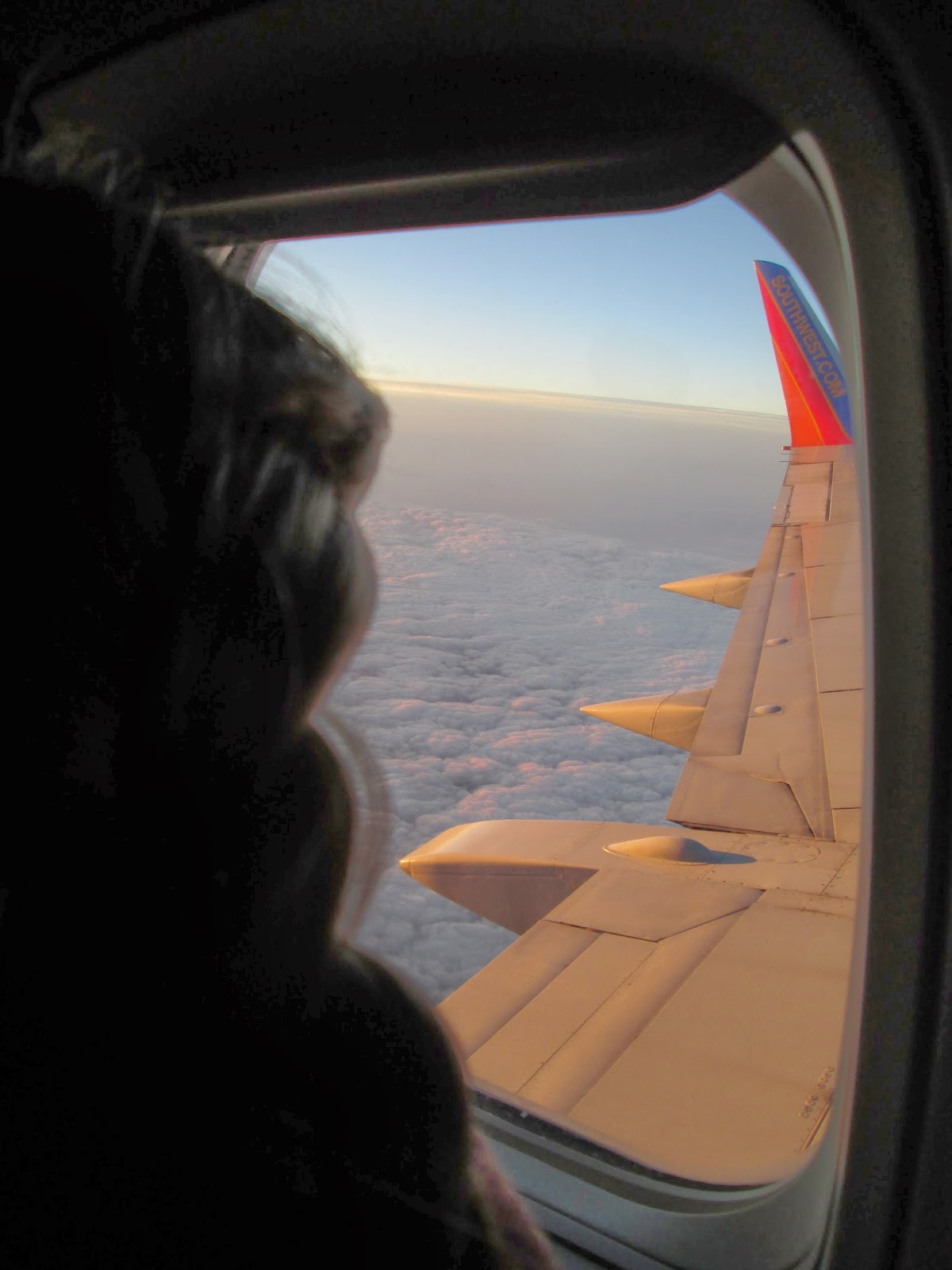 The pilot told us Chicago was getting snow showers...these are snow clouds from above. They look really thick. 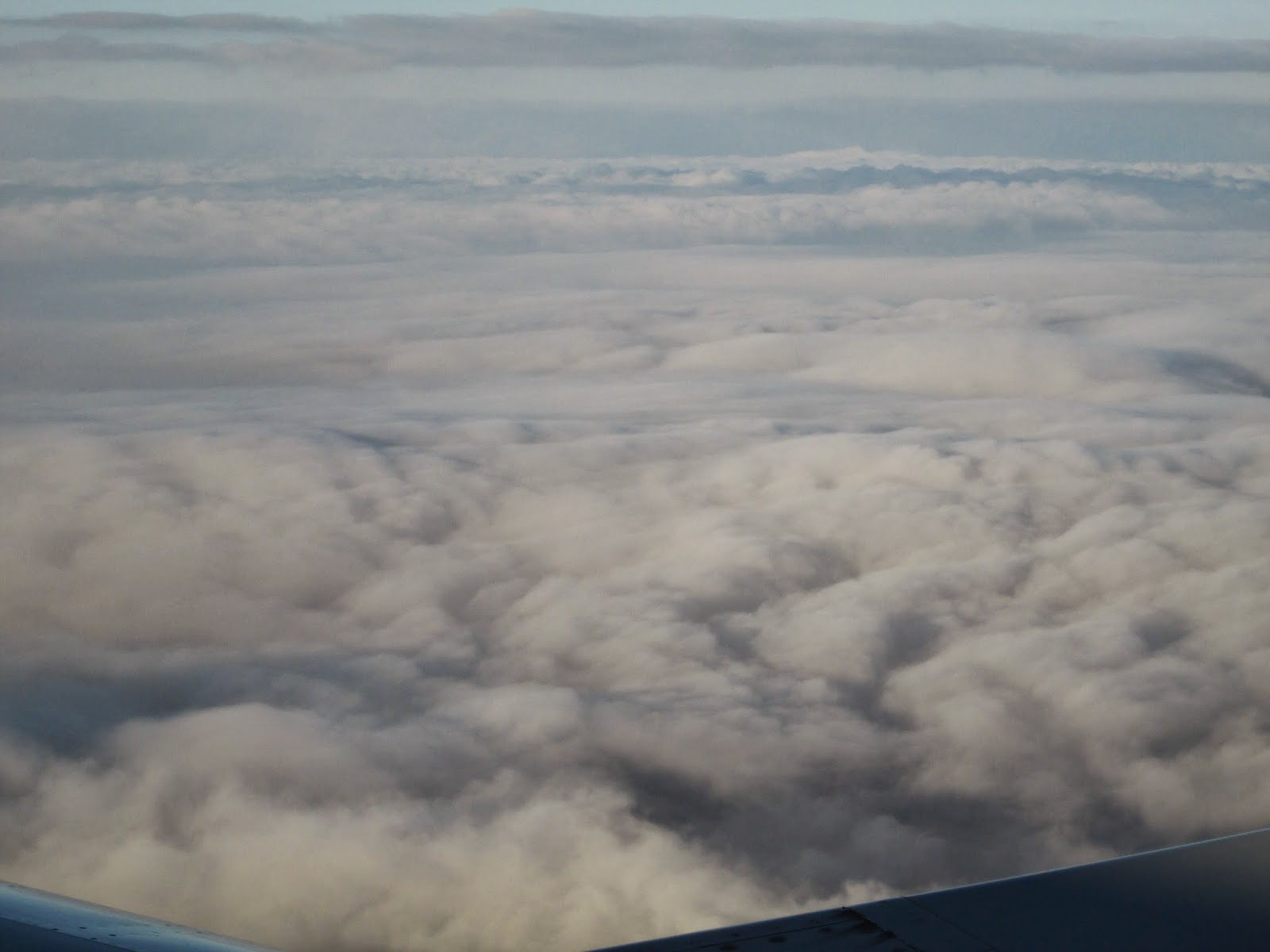 This is the Chicago train yard. Look at those snow covered cars. 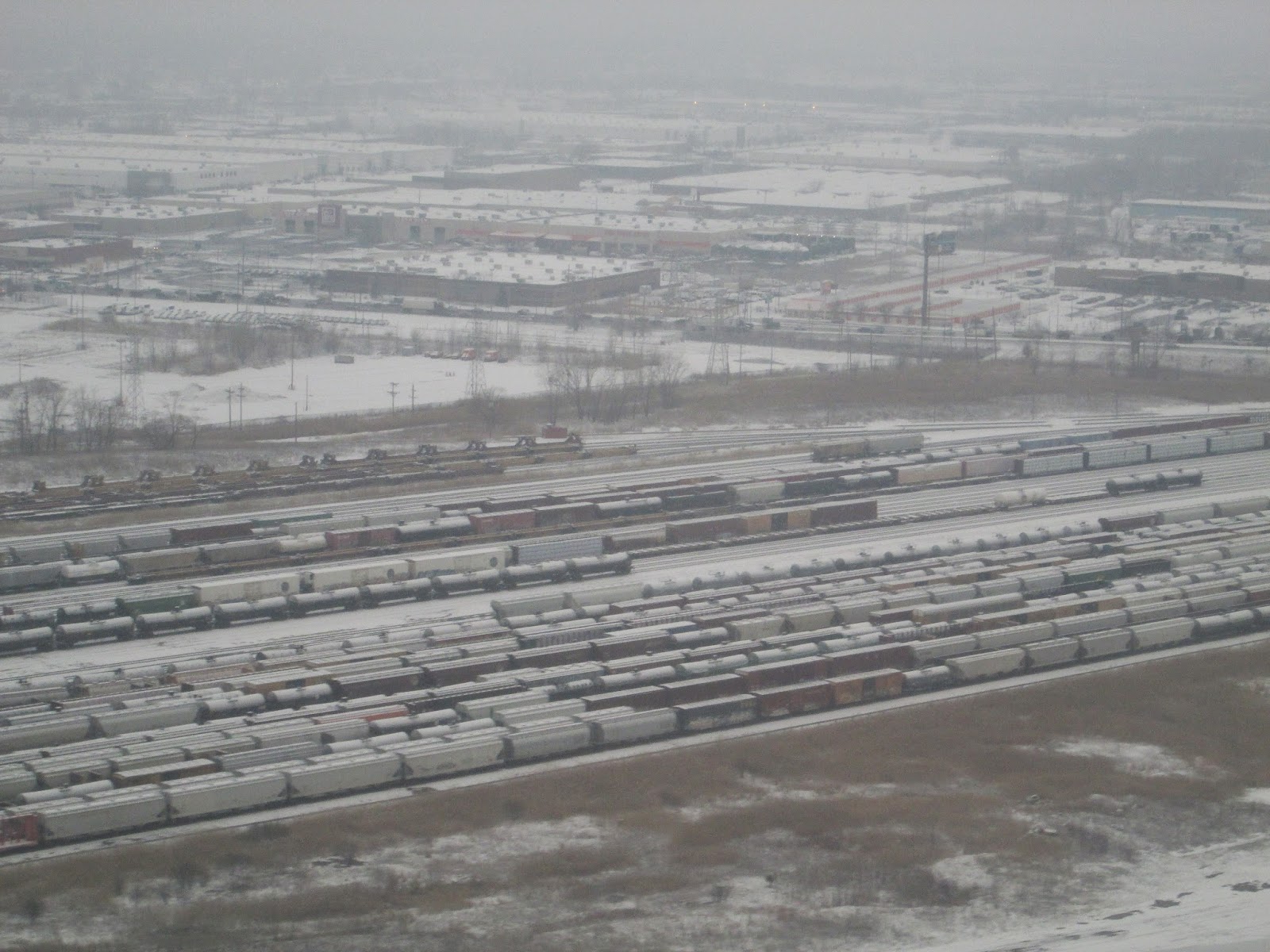 We changed planes in Midway. There was time enough time to get a nice bowl of oatmeal from Manny's Deli. It had dried berries, brown sugar, milk, and butter. The butter is a first for us, but we thought we try it when offered. On our way to the gate we saw three girls hustling off to their gate. They were moving too quickly to ask for a picture. However, we did meet Katie. 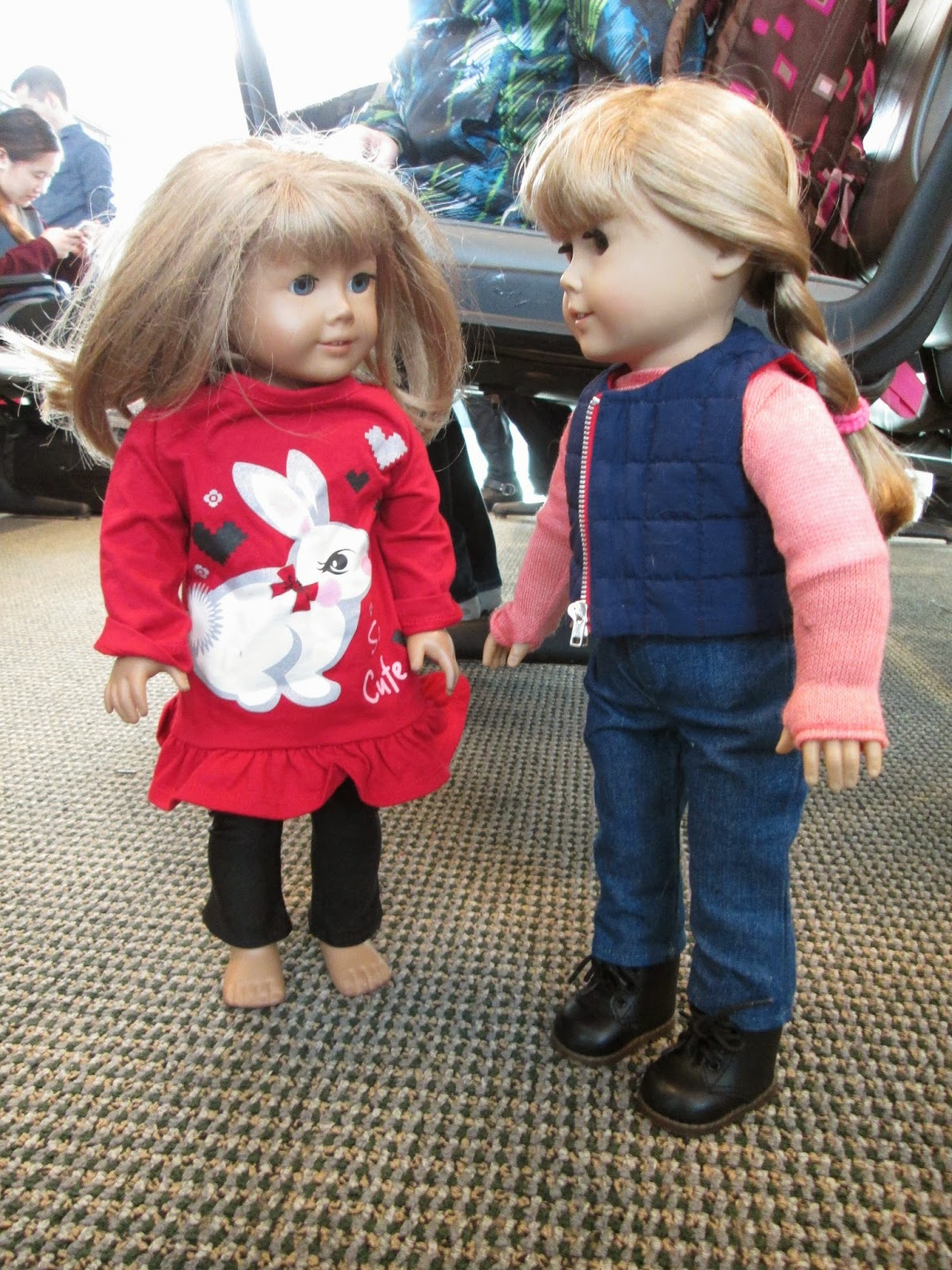 She was on our flight, but going all the way to Las Vegas. She and her girl brought lots to read and color while on the flight. 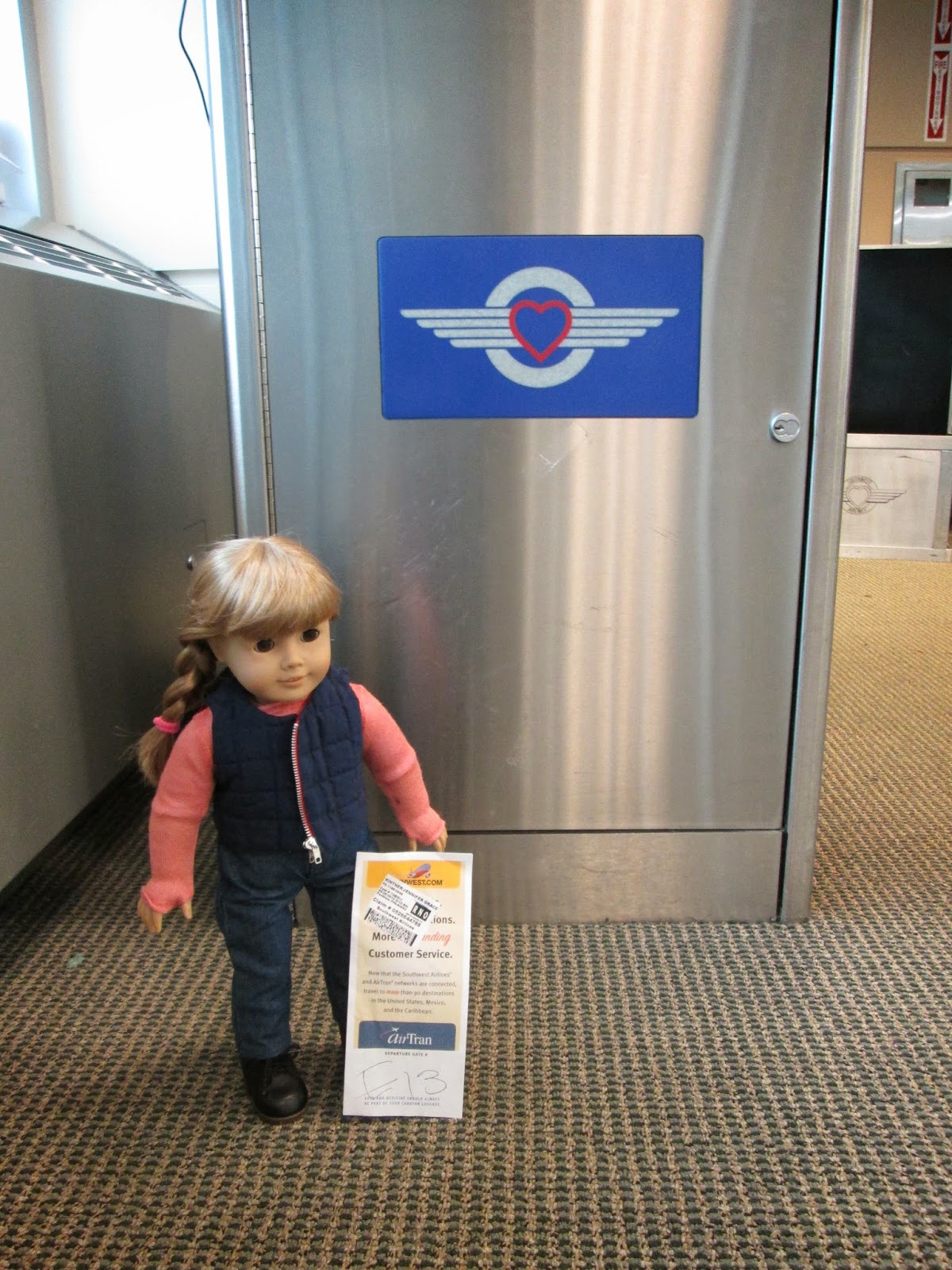 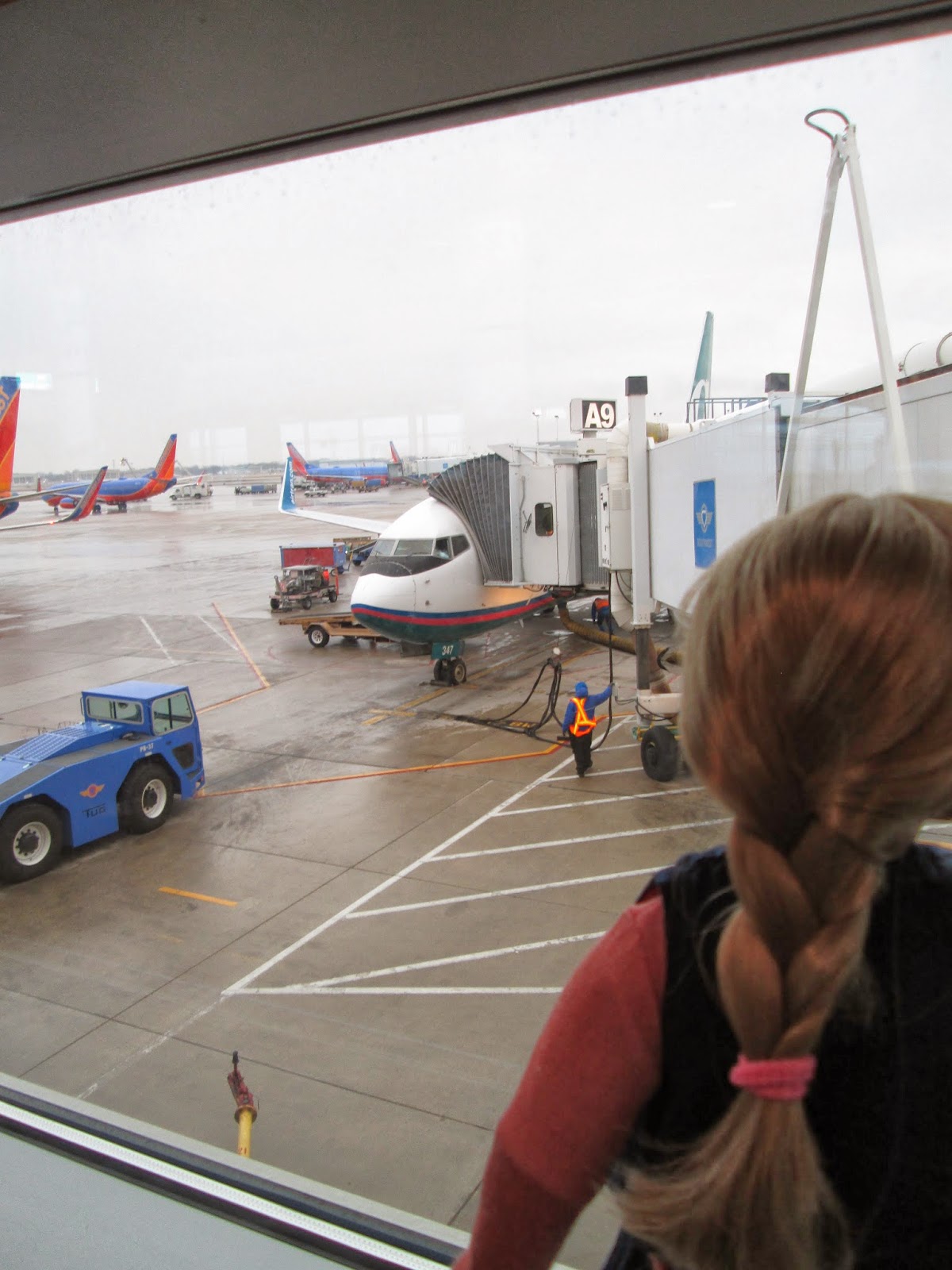 On the Plane: Midway

Wing window! And now that it is really morning we can see better. 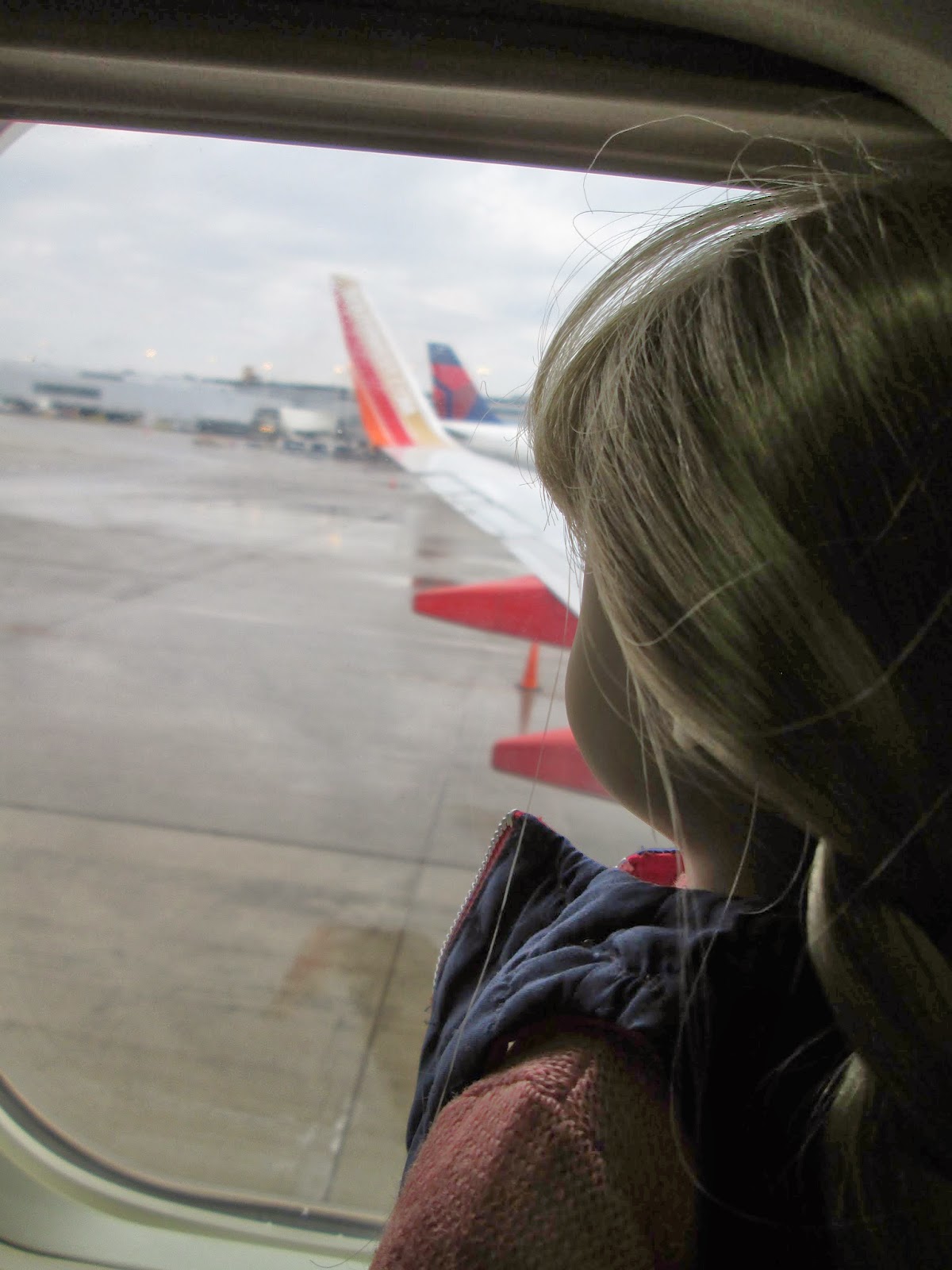 It's great to watch the land below. 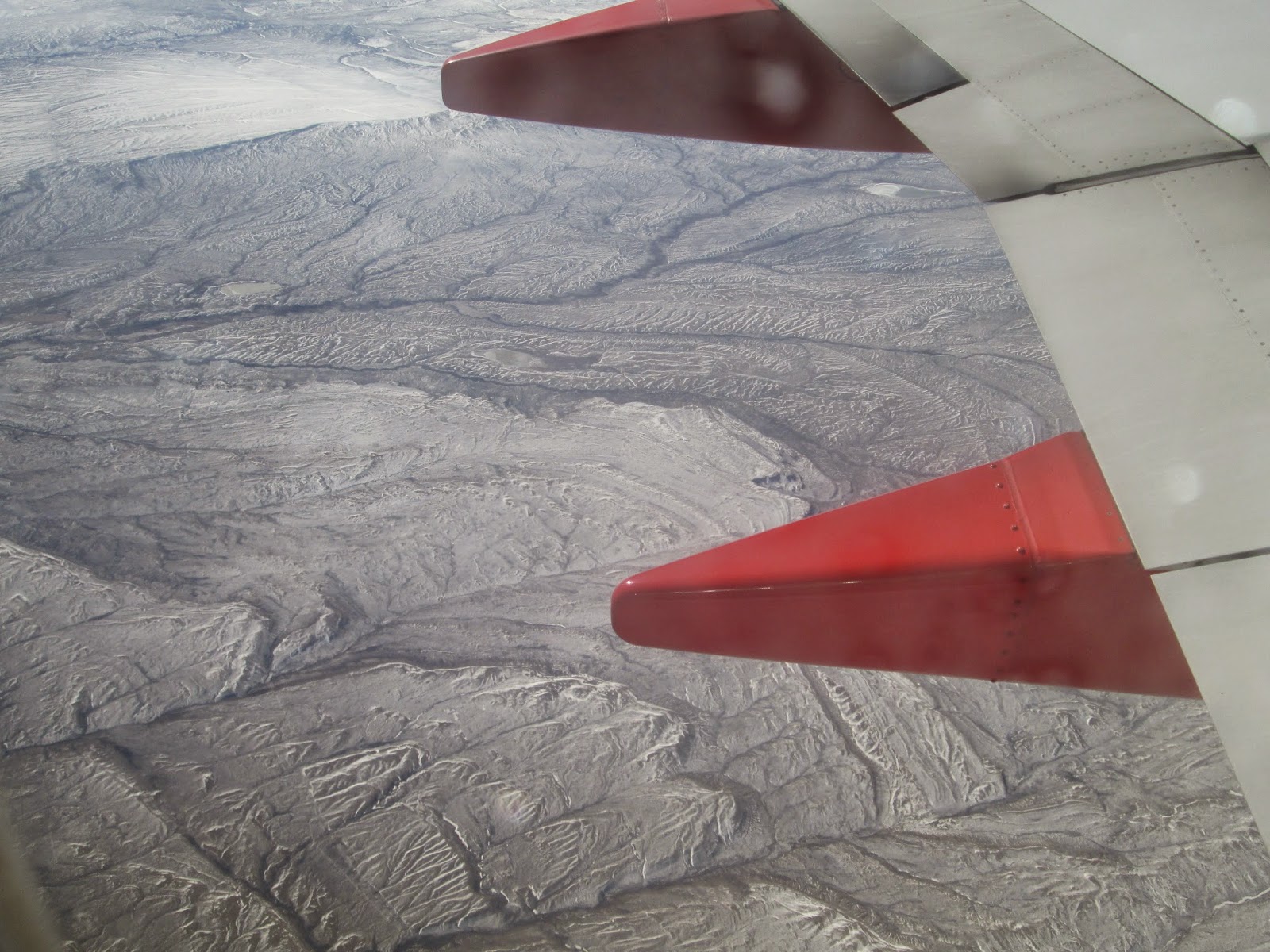 And the sun was nice and bright. 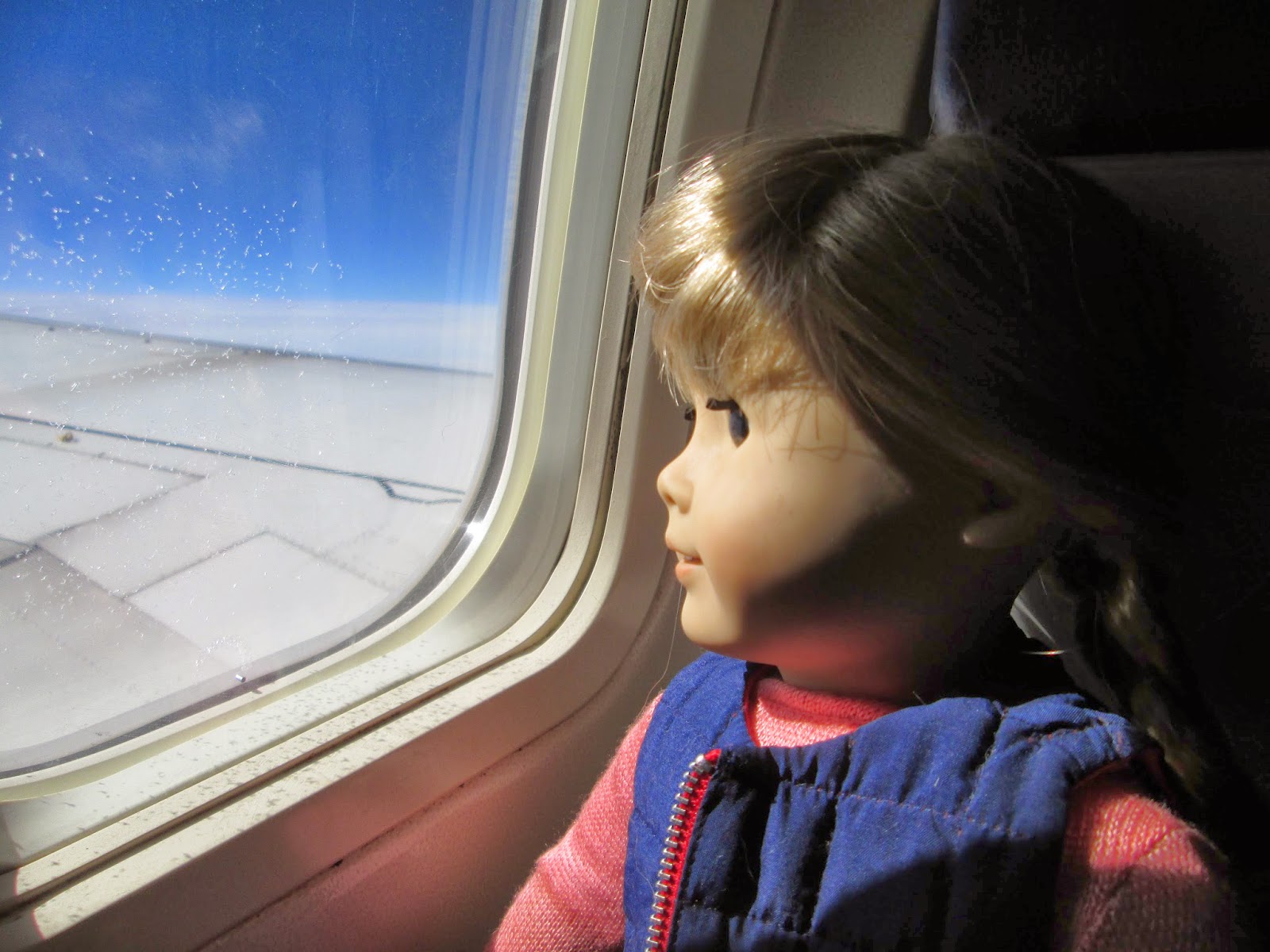 Between reading and looking out the window, we also got to watch some of the Kiera Knightly Pride and Prejudice with the wonderful woman sitting next to us. She has a beautiful name that I can't remmber how to spell, so I'm renaming her Sally. She was so very nice before we boarded and all the way to Reno. 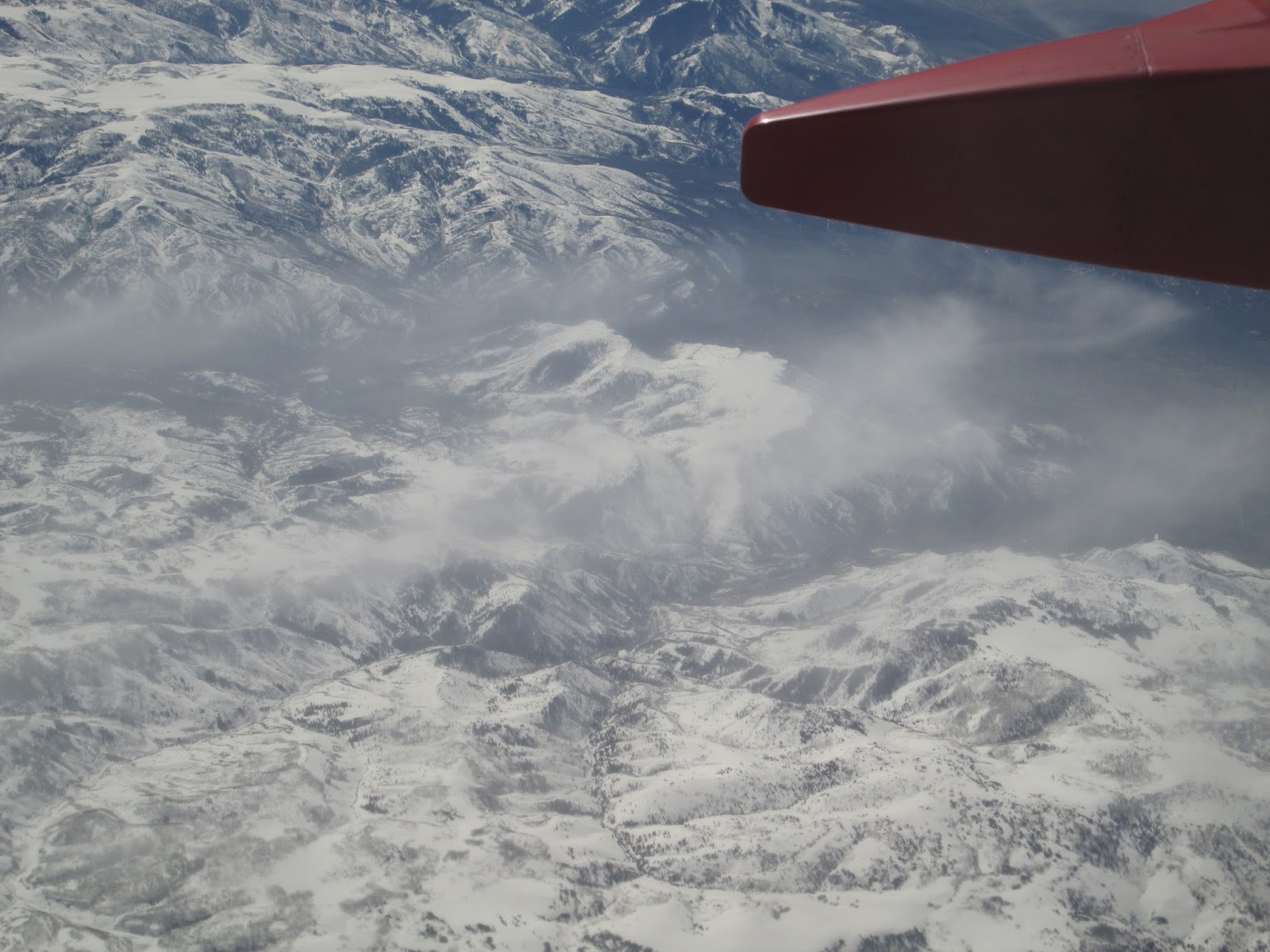 The Reno airport is really nice. With lots of great photo opportunities. there was someone posing with the Yeti on the ski lift chair. So we went straight to the big bear. 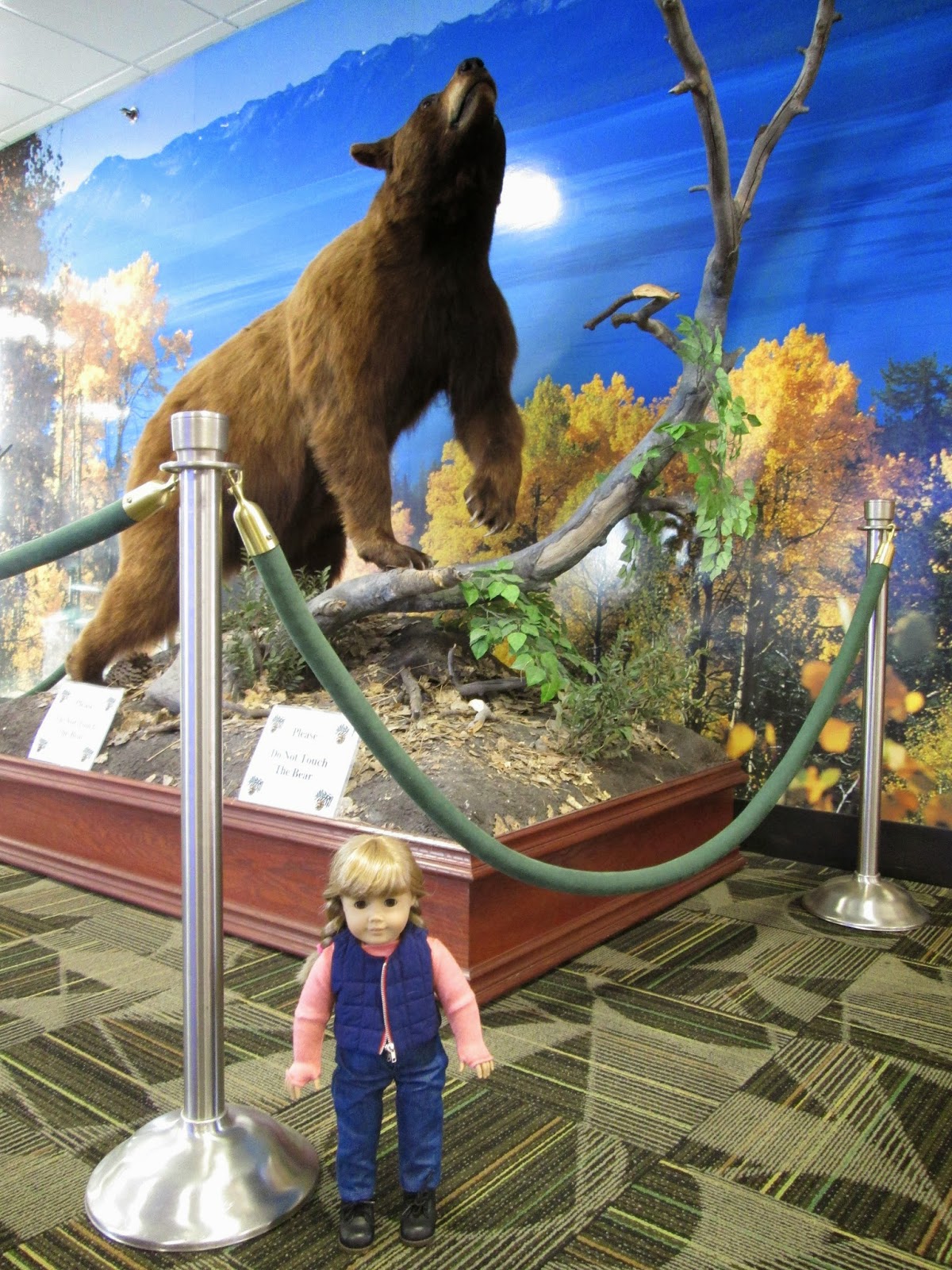 Then I wanted to see the wolf in the Mighty Miners' play area. 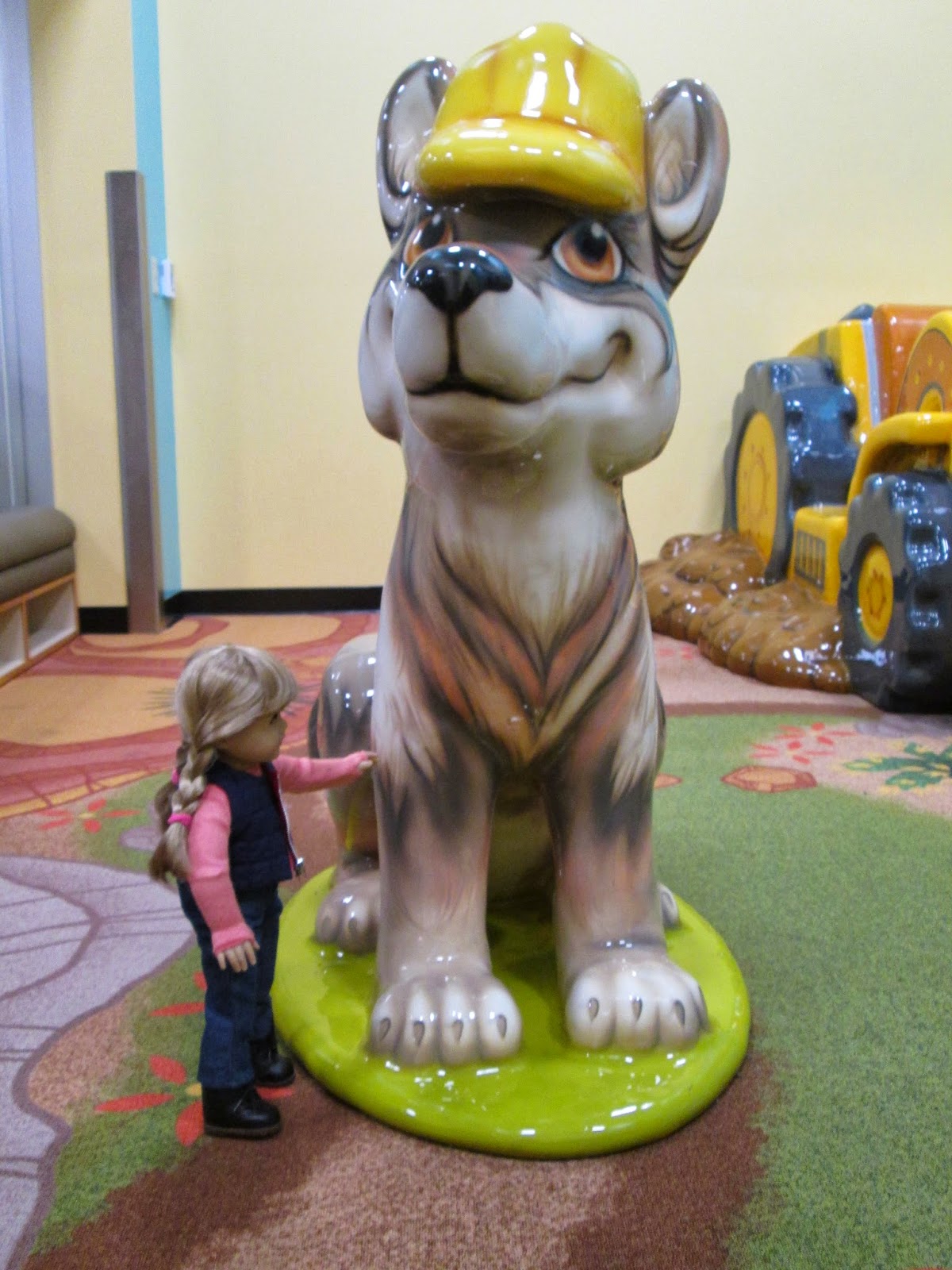 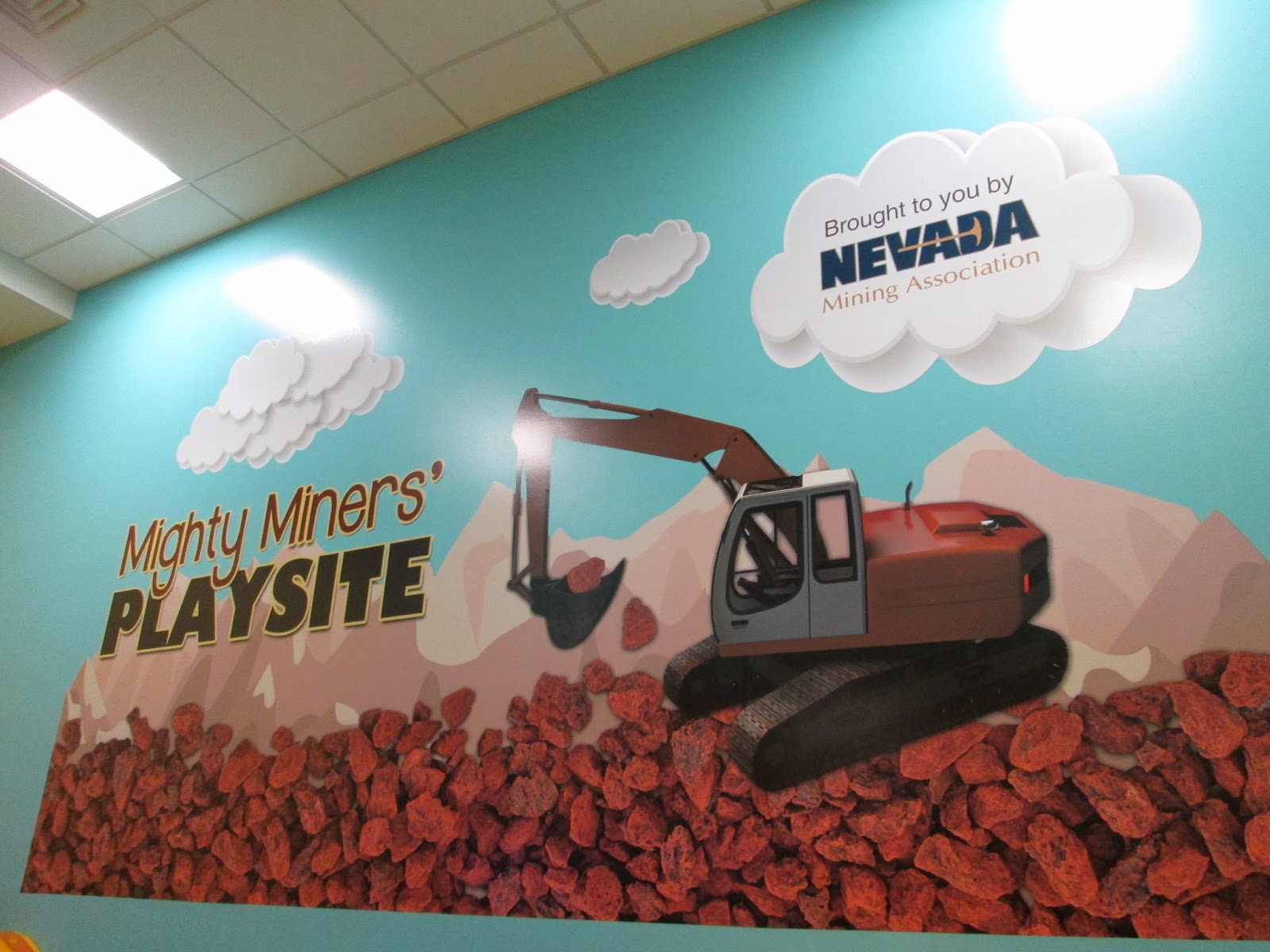 The Airstreamer was fun. 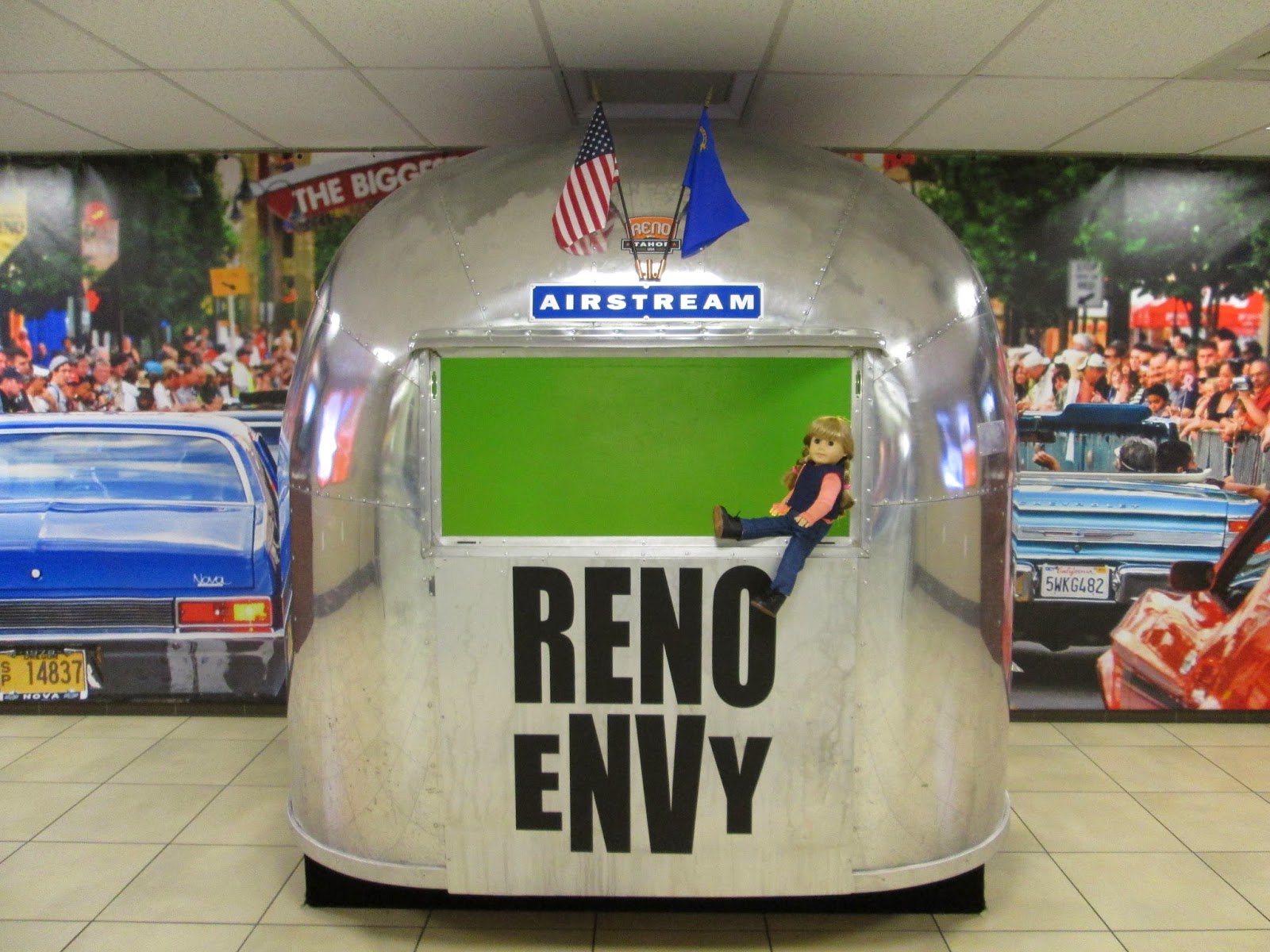 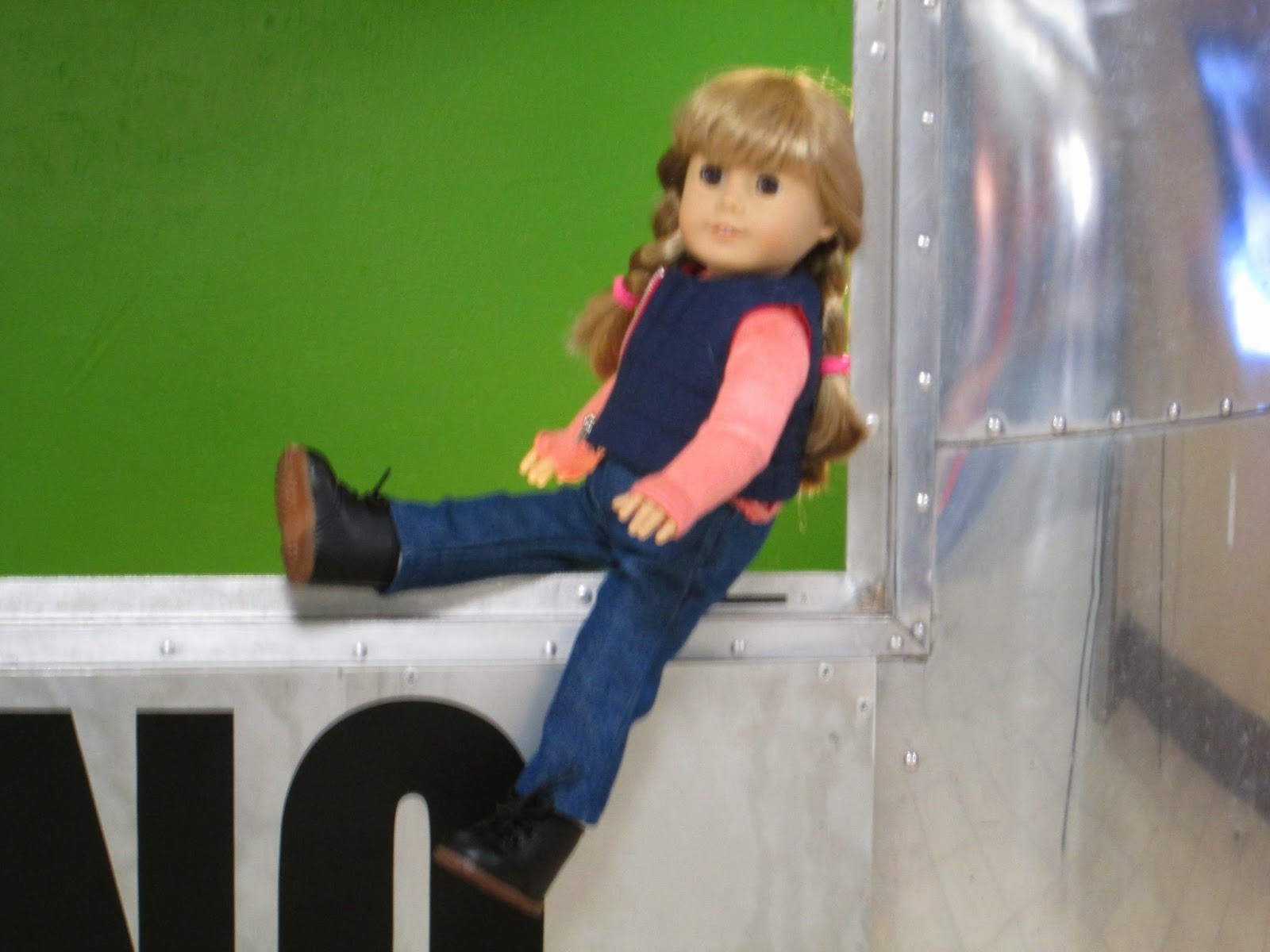 Gramma and Opa and Great Auntie Mame (no relation to Patrick Denis) picked us up outside. It was gorgeous!

We were whisked off to Fuddruckers for lunch.
Our first glass of iced tea was SUPER weak. But the refill was perfect. Great Auntie Mame took this picture of me. It was her first with her new phone. 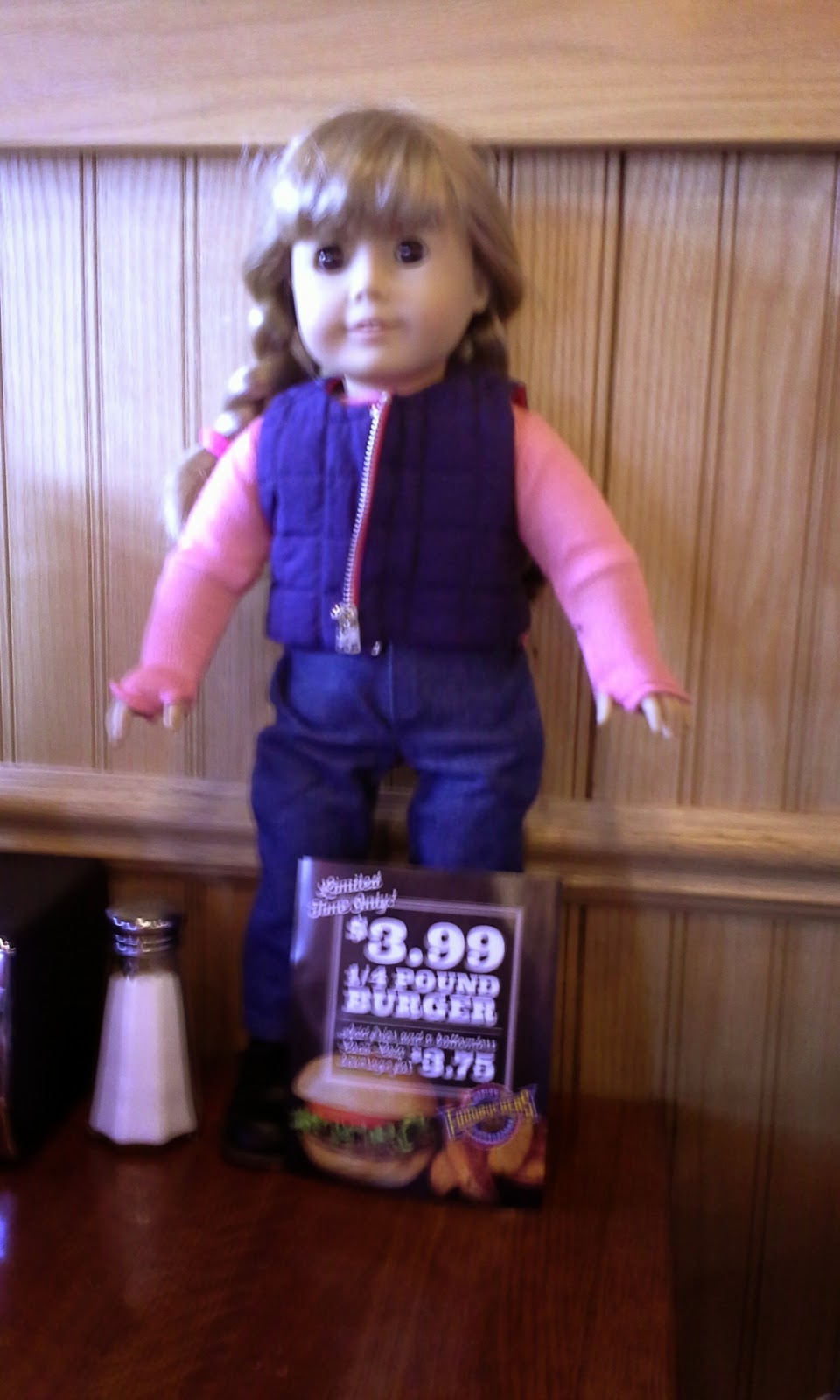 We had the quarter pound special with bacon, cheddar cheese, and potato wedges. YUMMY!

Home! Well, home away from home. 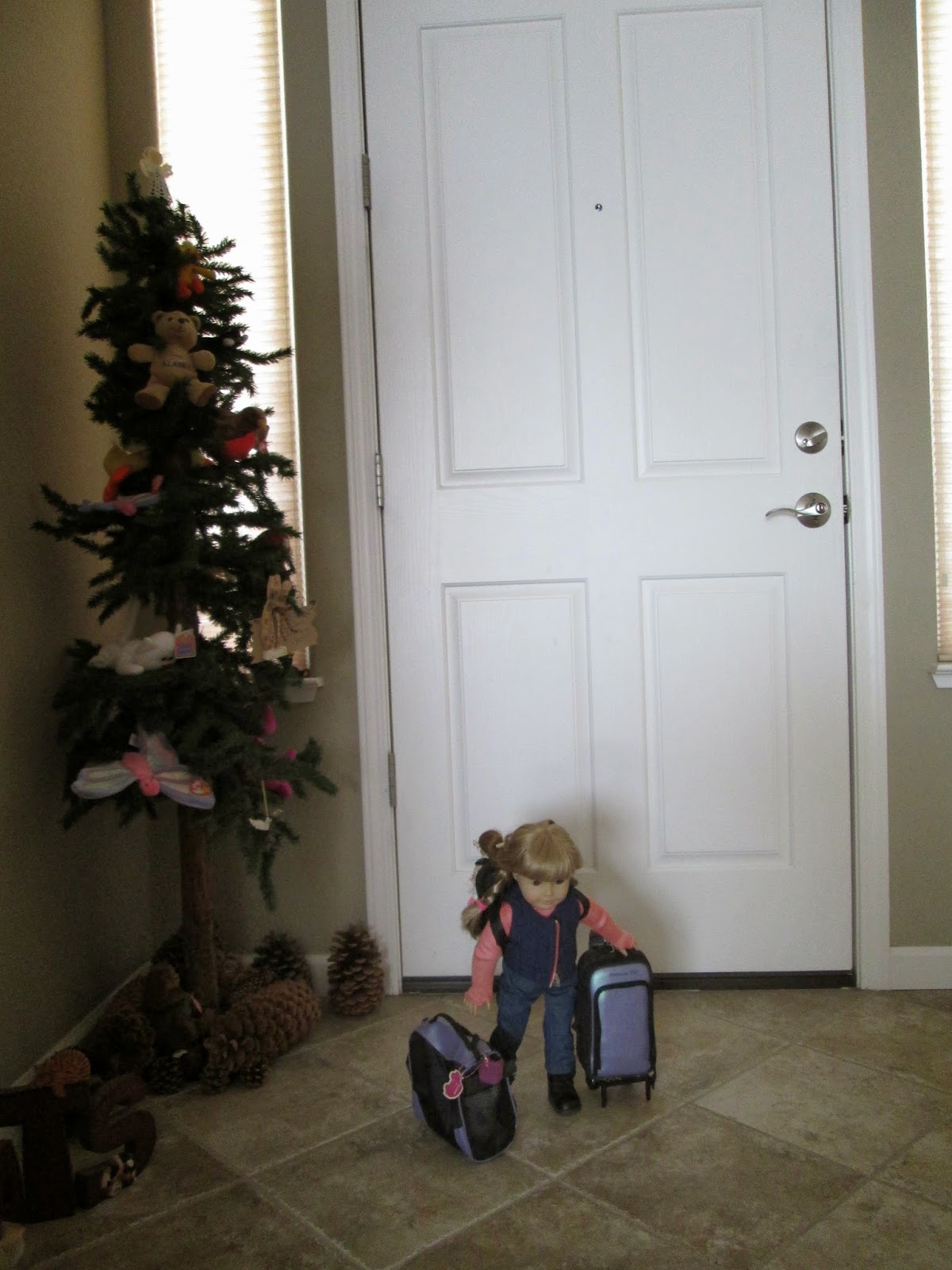 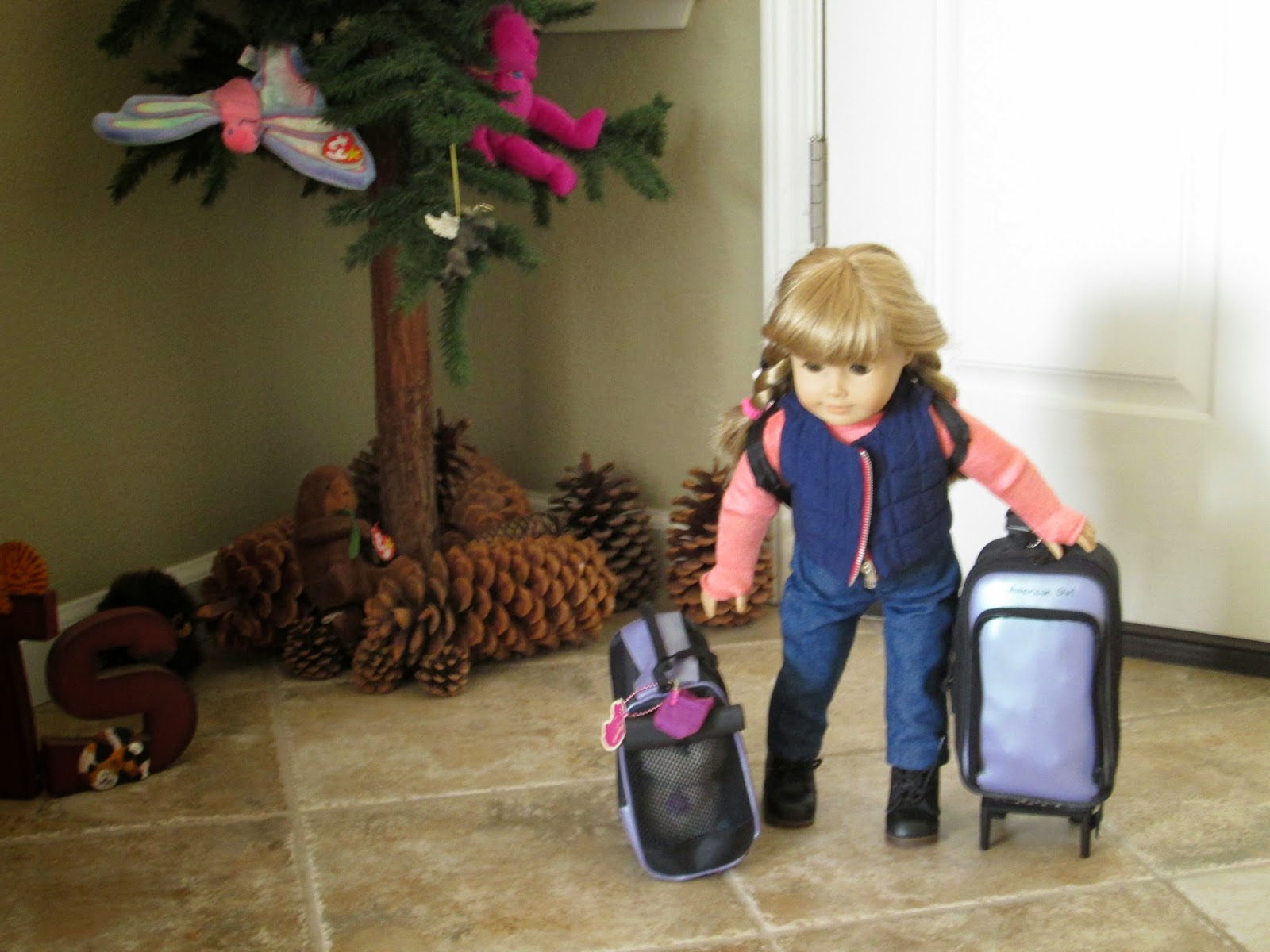 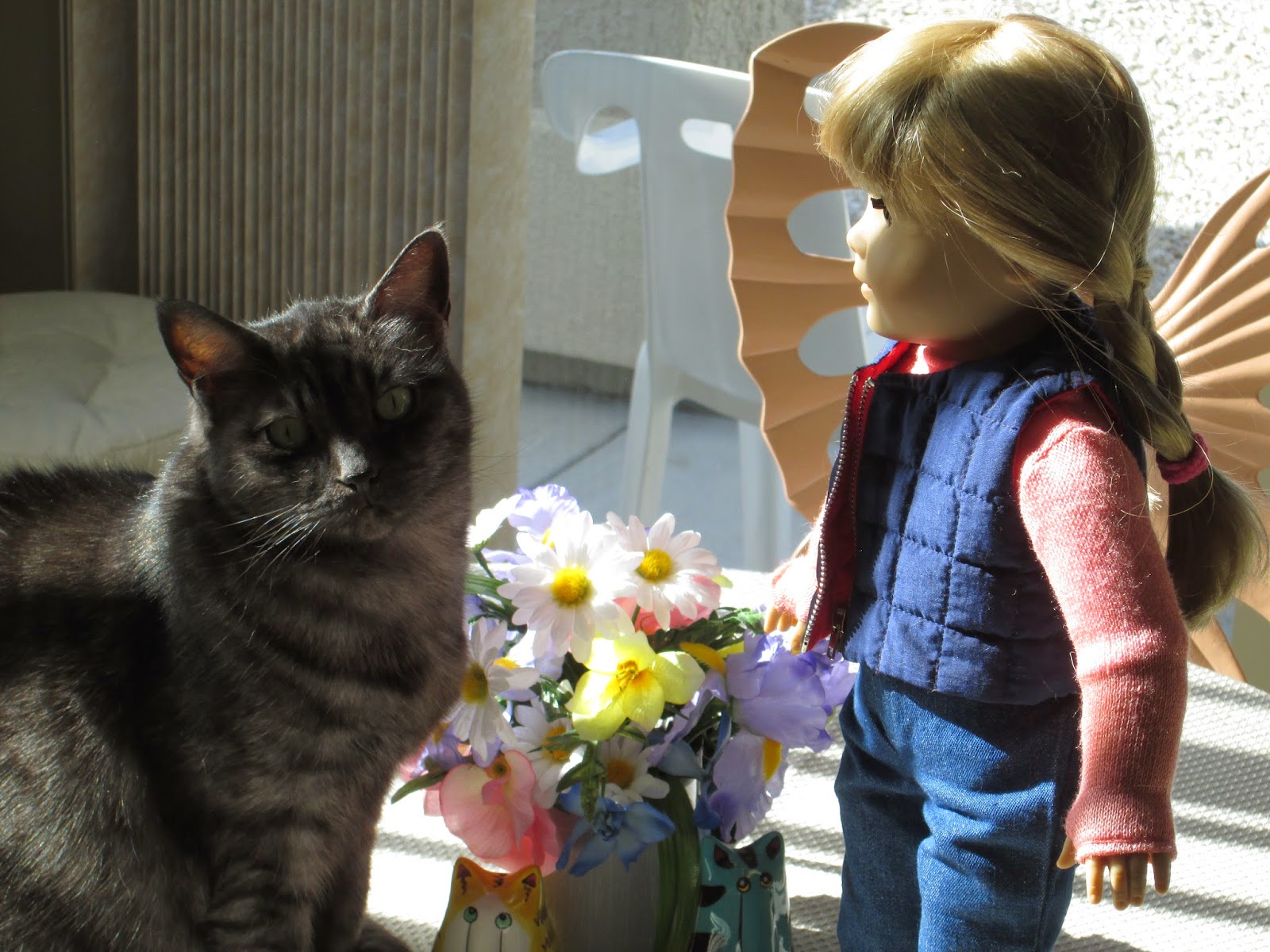 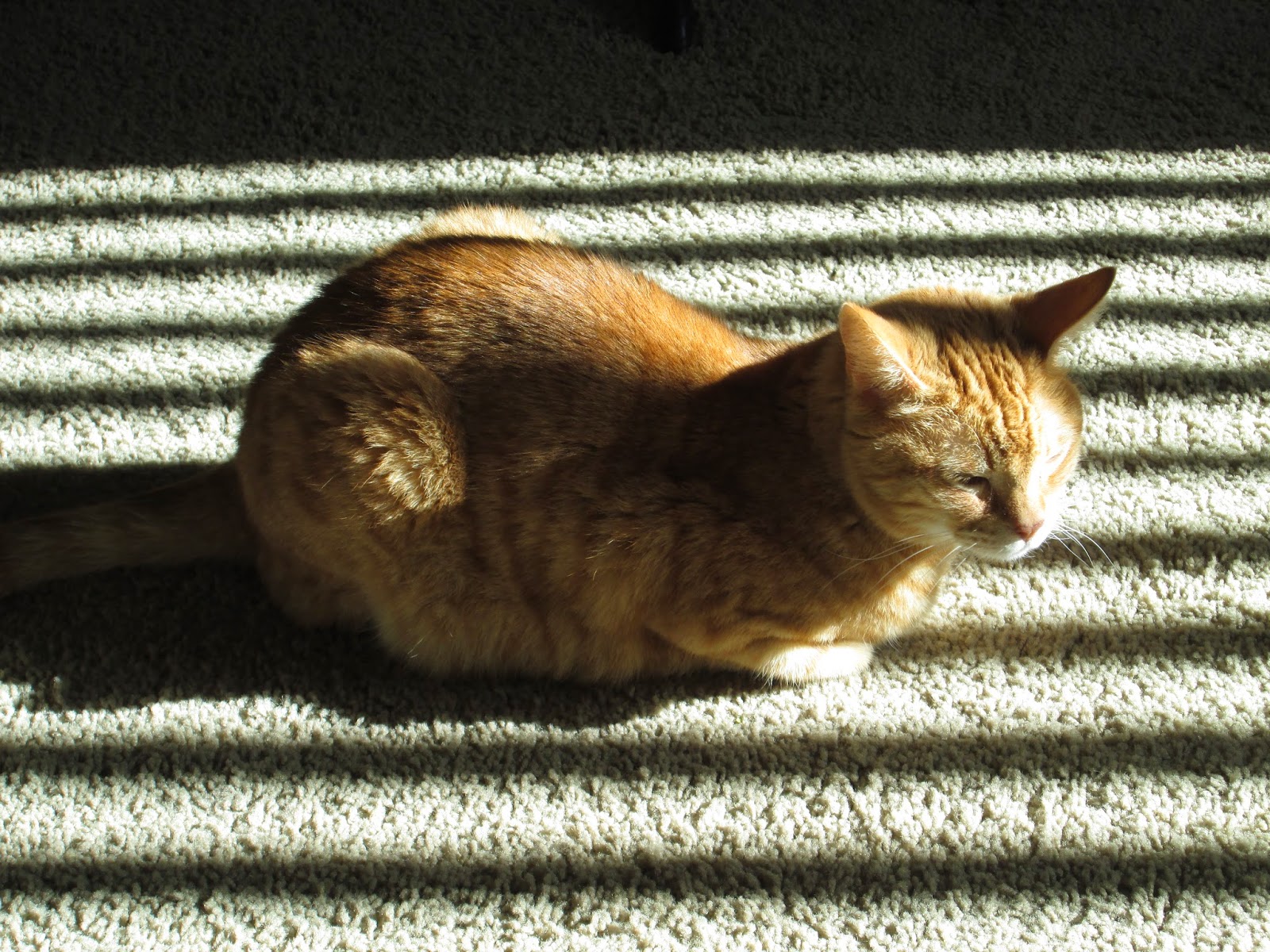 And checked out Opa's chess pieces. 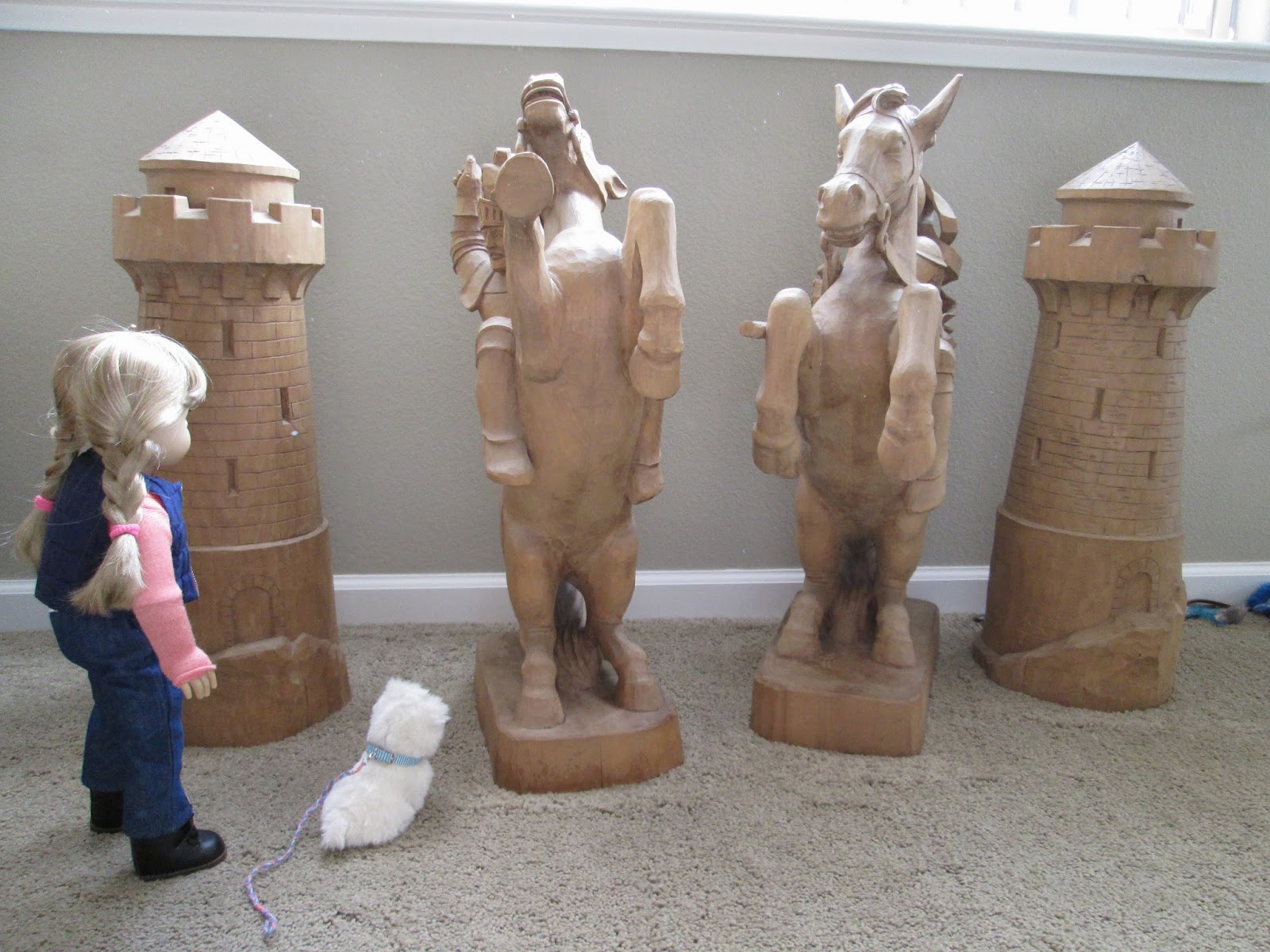 A package from Portillo's arrived shortly before Aunties LeeLee and Mae arrived. We had Italian beef sandwiches for dinner. It was really good. Dessert was provided by the aunties...Fanny May chocolate.

Thank you for sticking with us through this long post. I'm hoping the next ones won't be quite as long.

Posted by Xyra Silverleaf at 3:23 PM