Not Chicago. (giggling) In this case, Windy City was a village near Kane, PA where oil was drilled. This building was an "air lease." The engines inside created compressed air to operate steam engines to pump oil wells. The building was relocated to Coolspring along with one of the compressor engines, auxiliary equipment, and a steam engine. The exhibit was created to preserve oil field history.

This is the Blaisdell engine. It's really big. Everyone knows when it is running because the "hit" emits a loud bang from the exhaust pit that can be heard across the grounds. Can you see the engine is running in this picture? 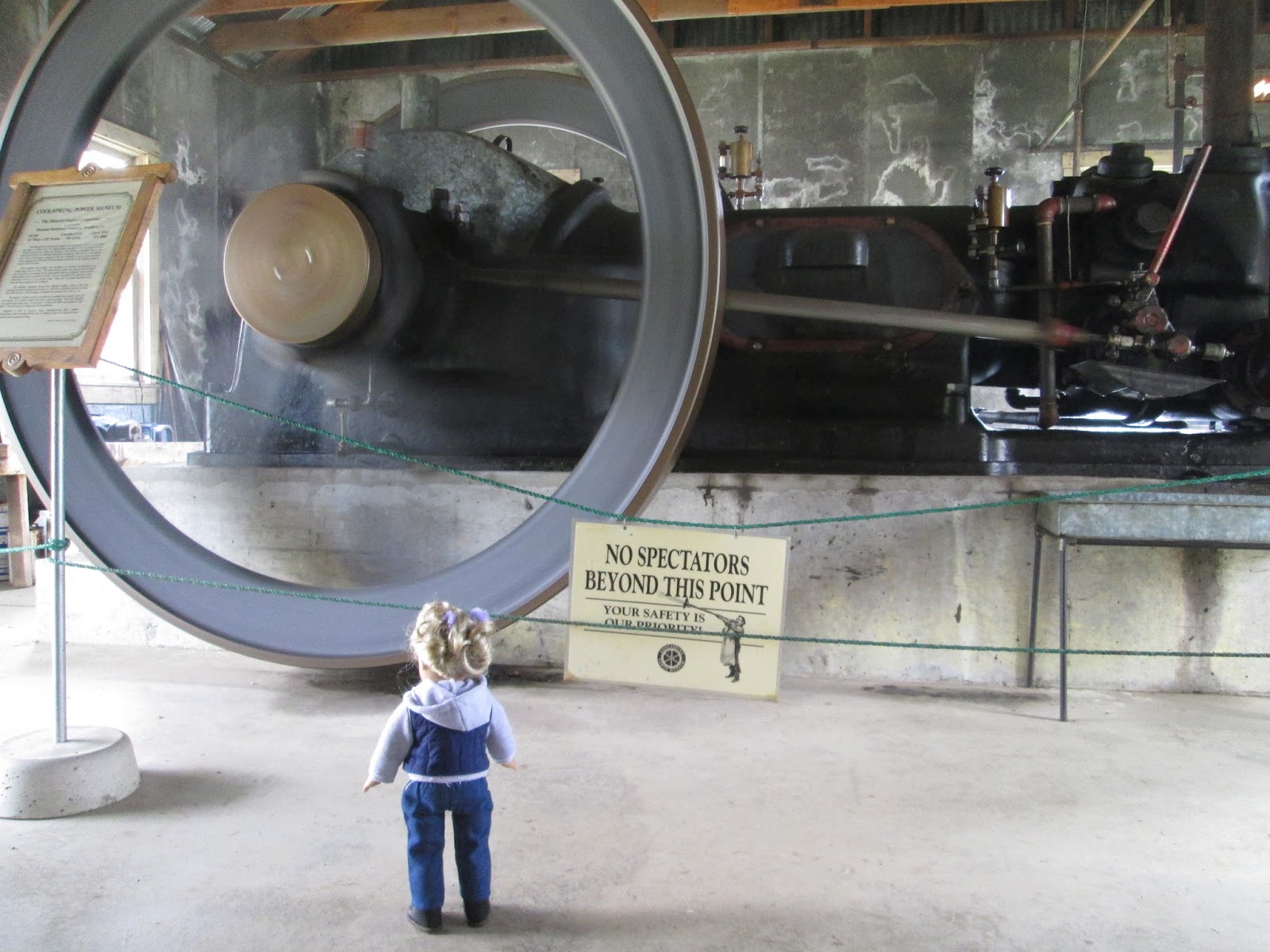 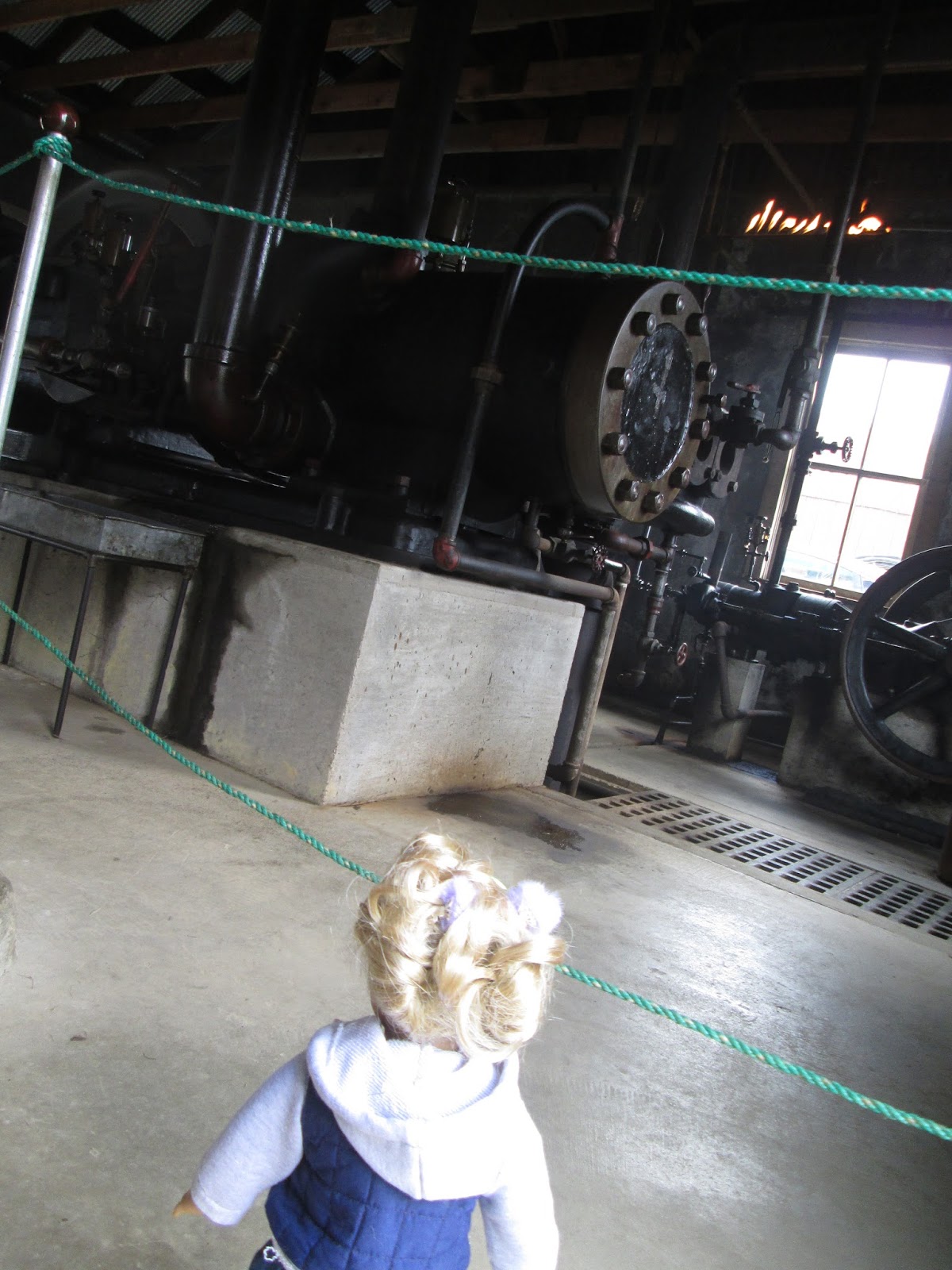 The Blaisdell Machinery Company was located near Bradford, PA. It's still there, kind of. Now Blaisdell makes Zippo lighters. Speaking of light, I love how this building is lit. 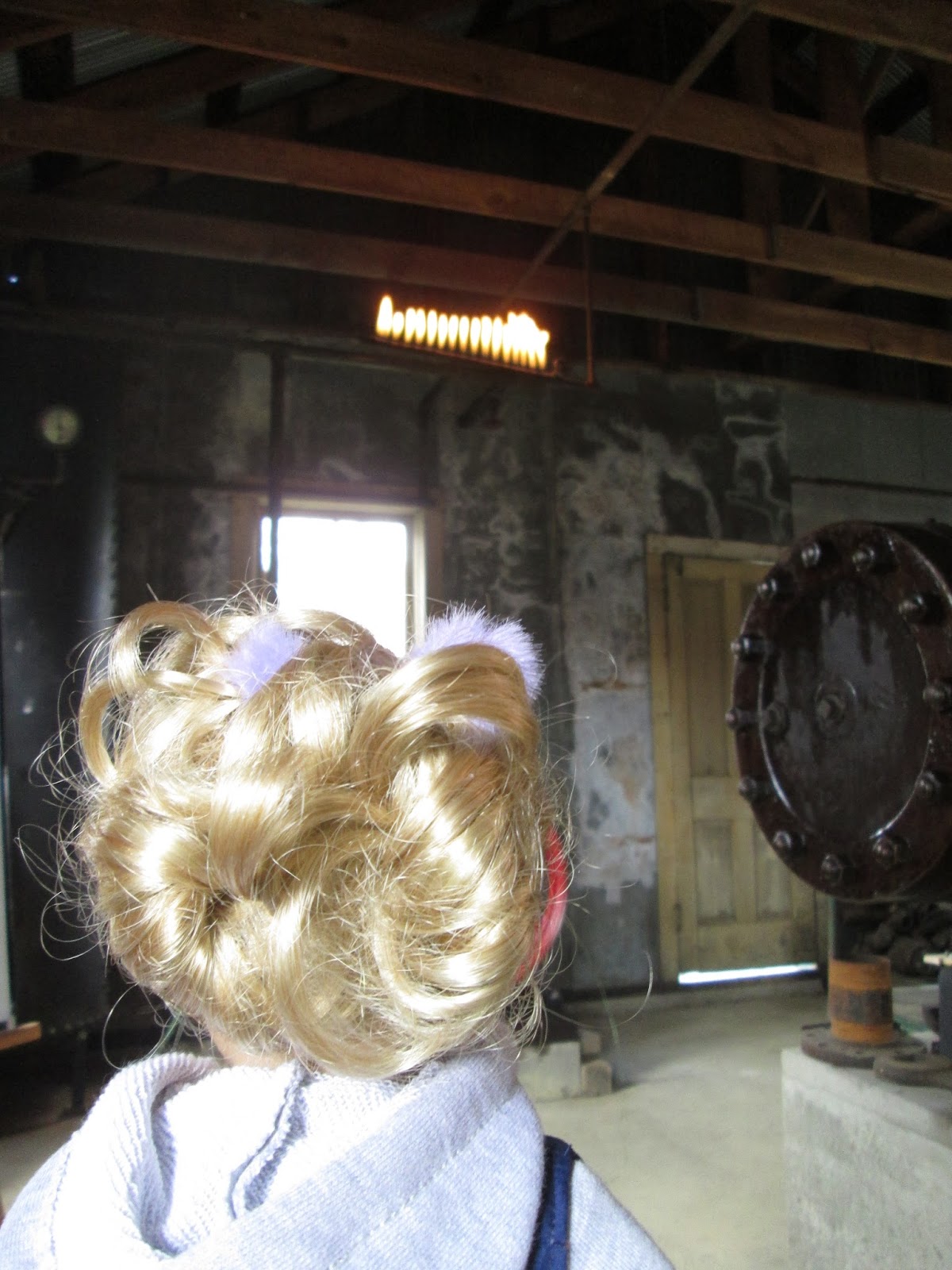 This is the workbench with tools and parts for maintaining the engine and other equipment. 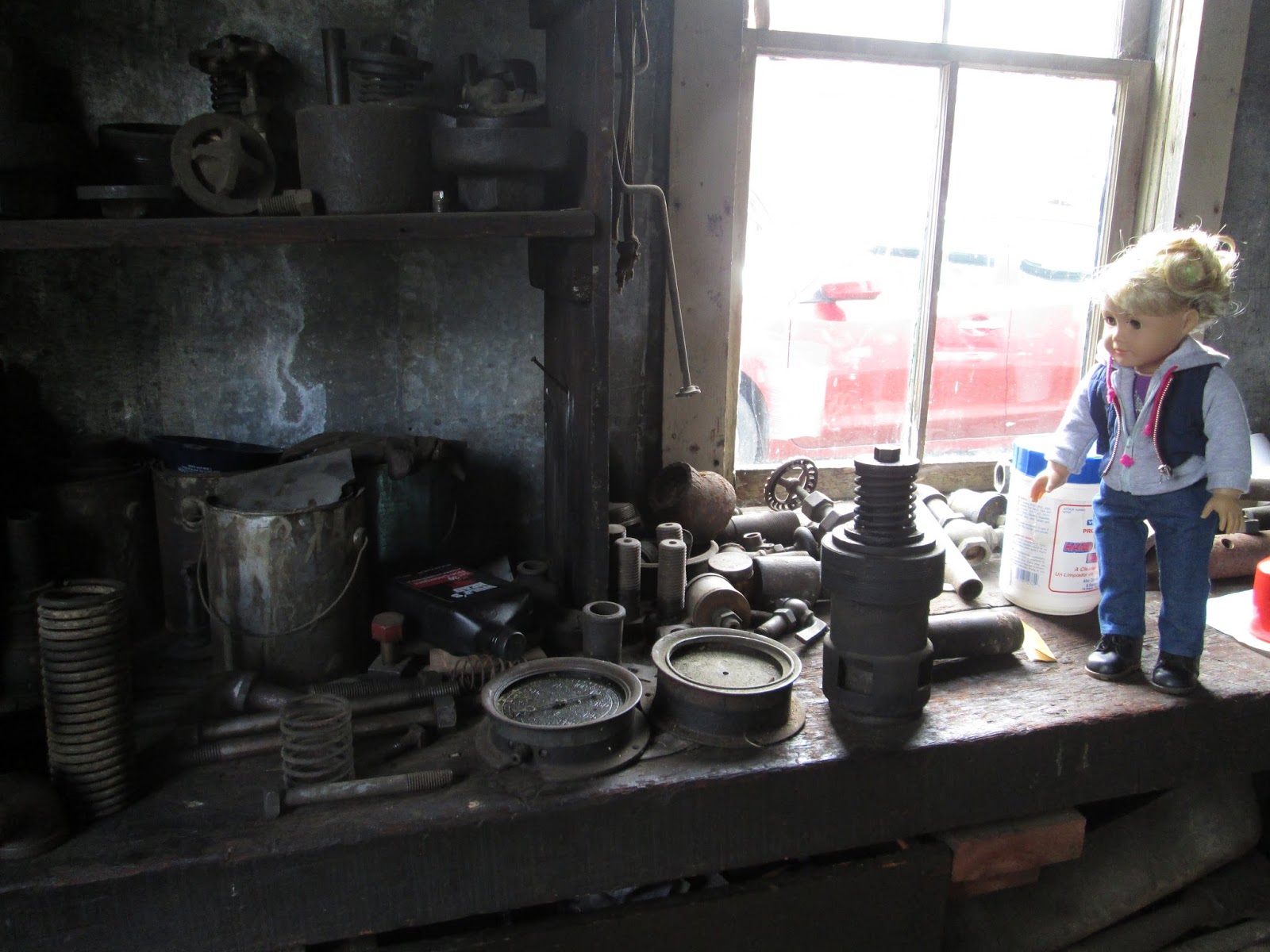 Some other angles of the engine. 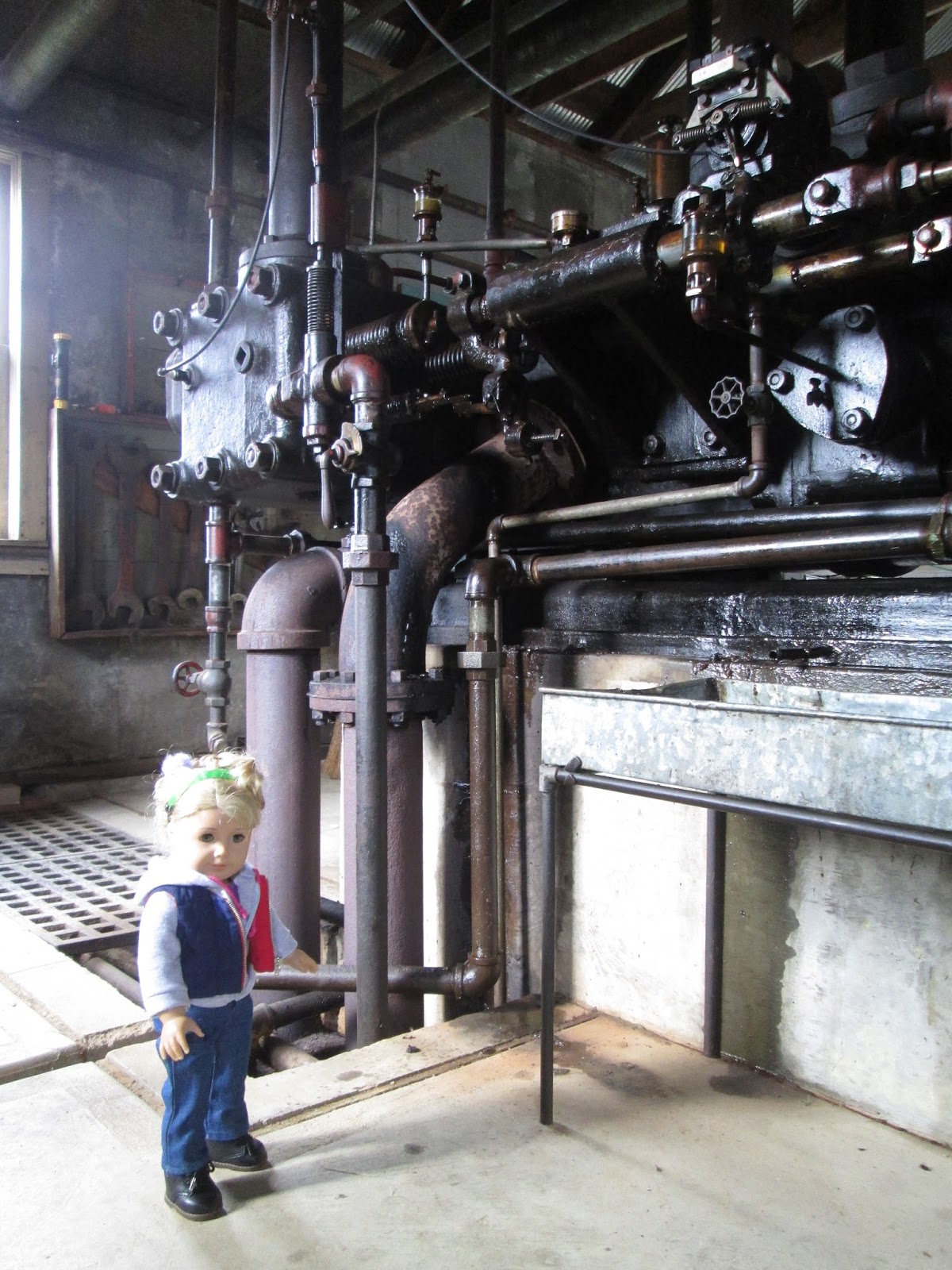 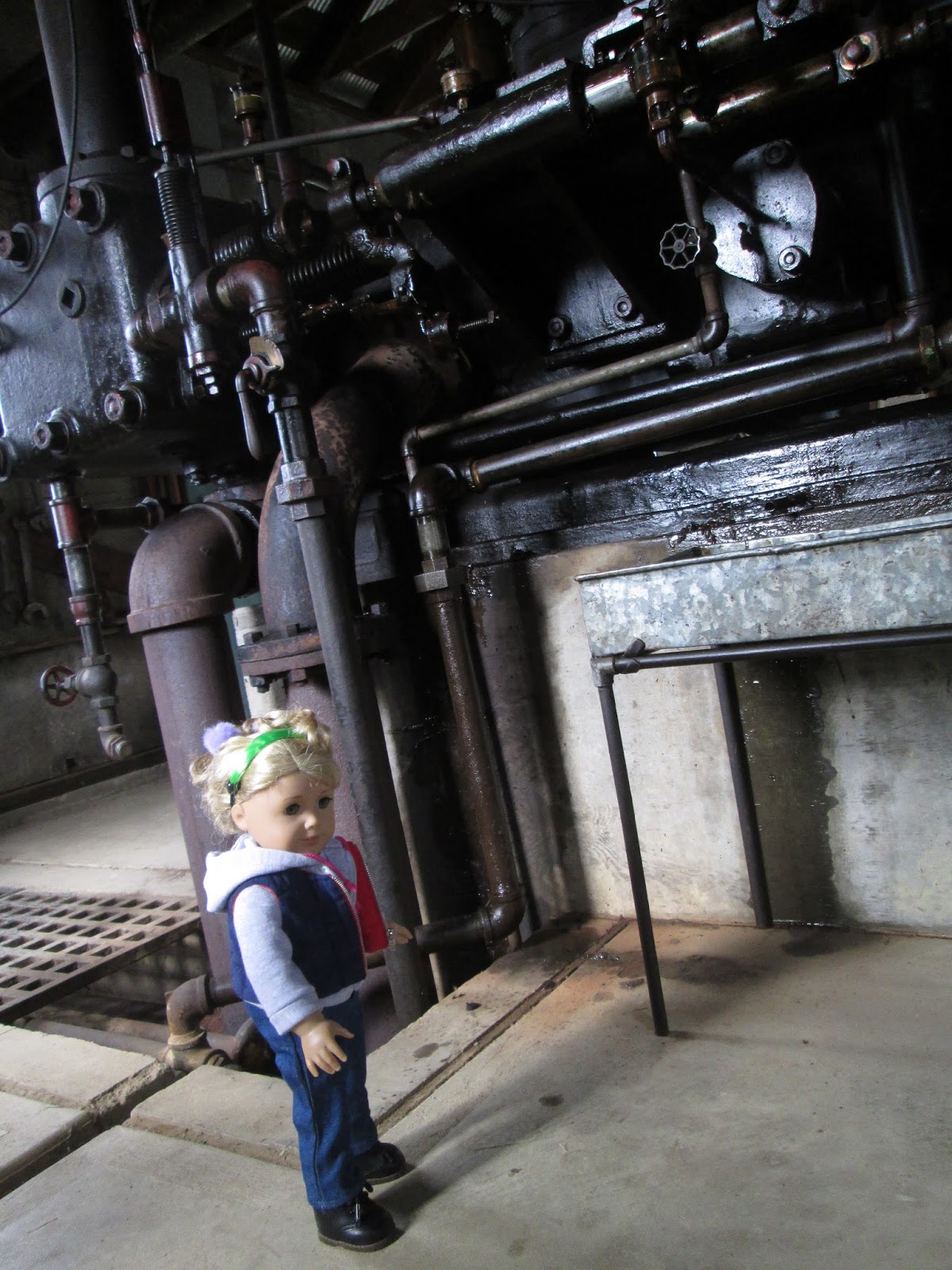 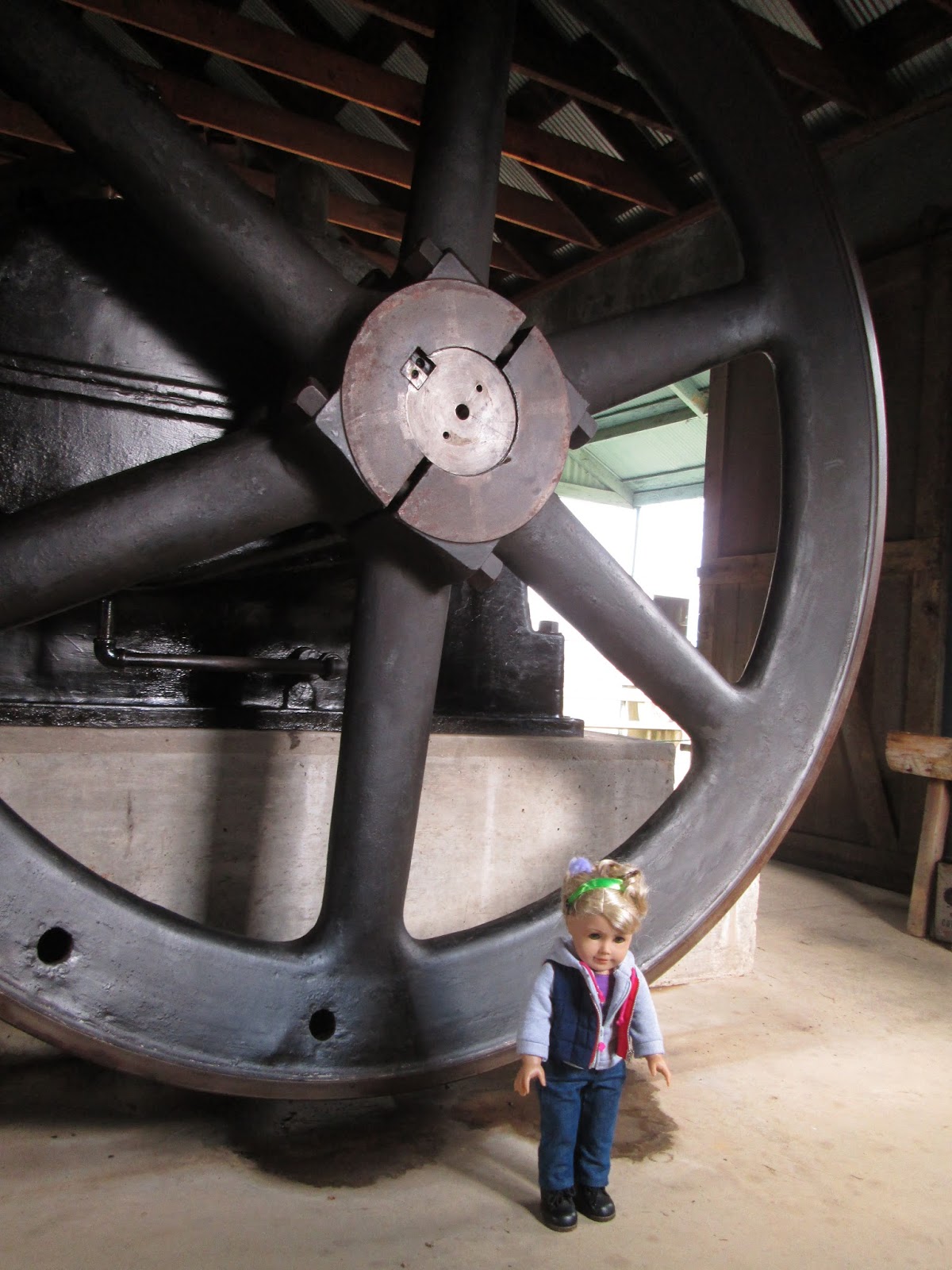 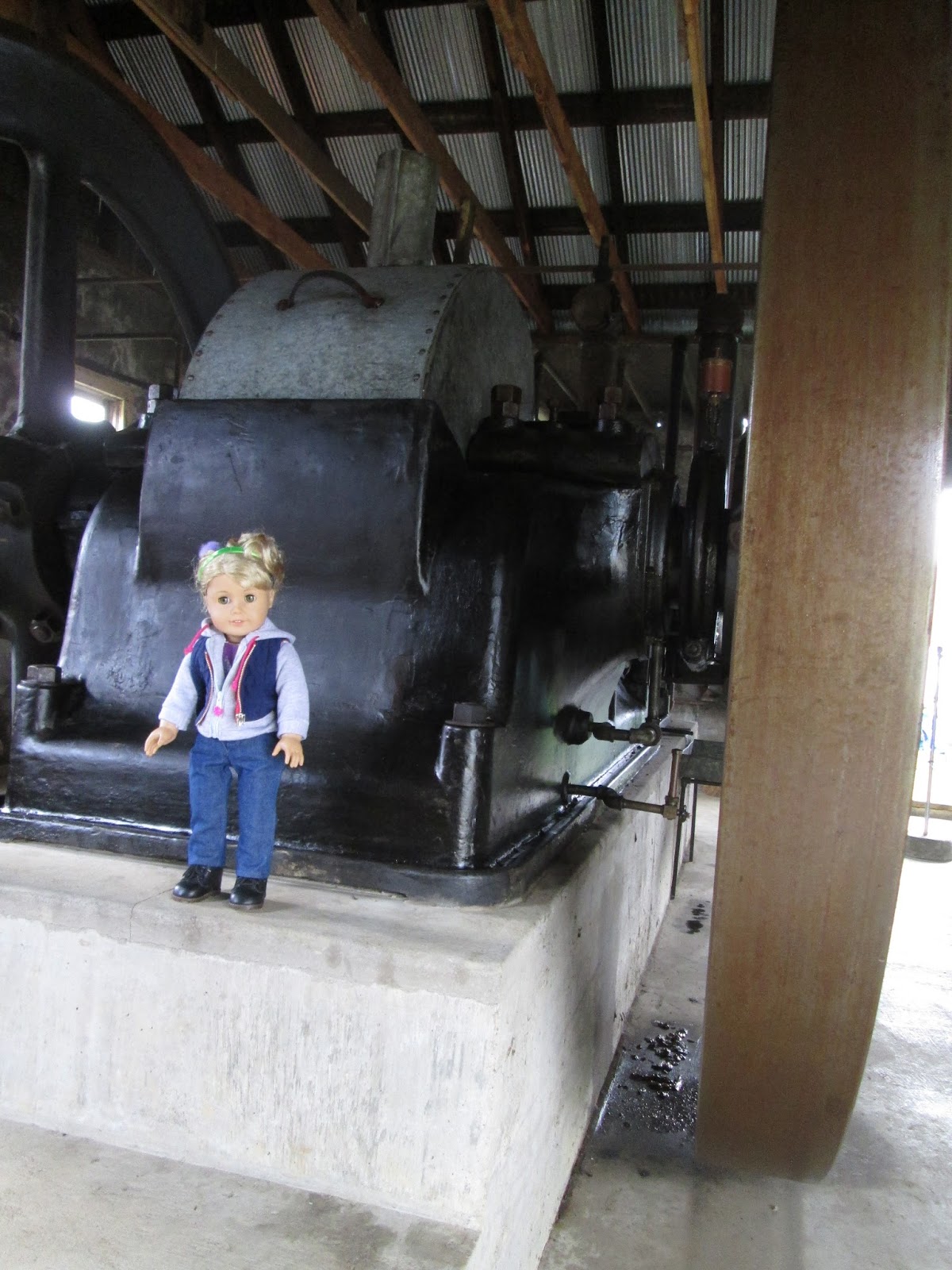 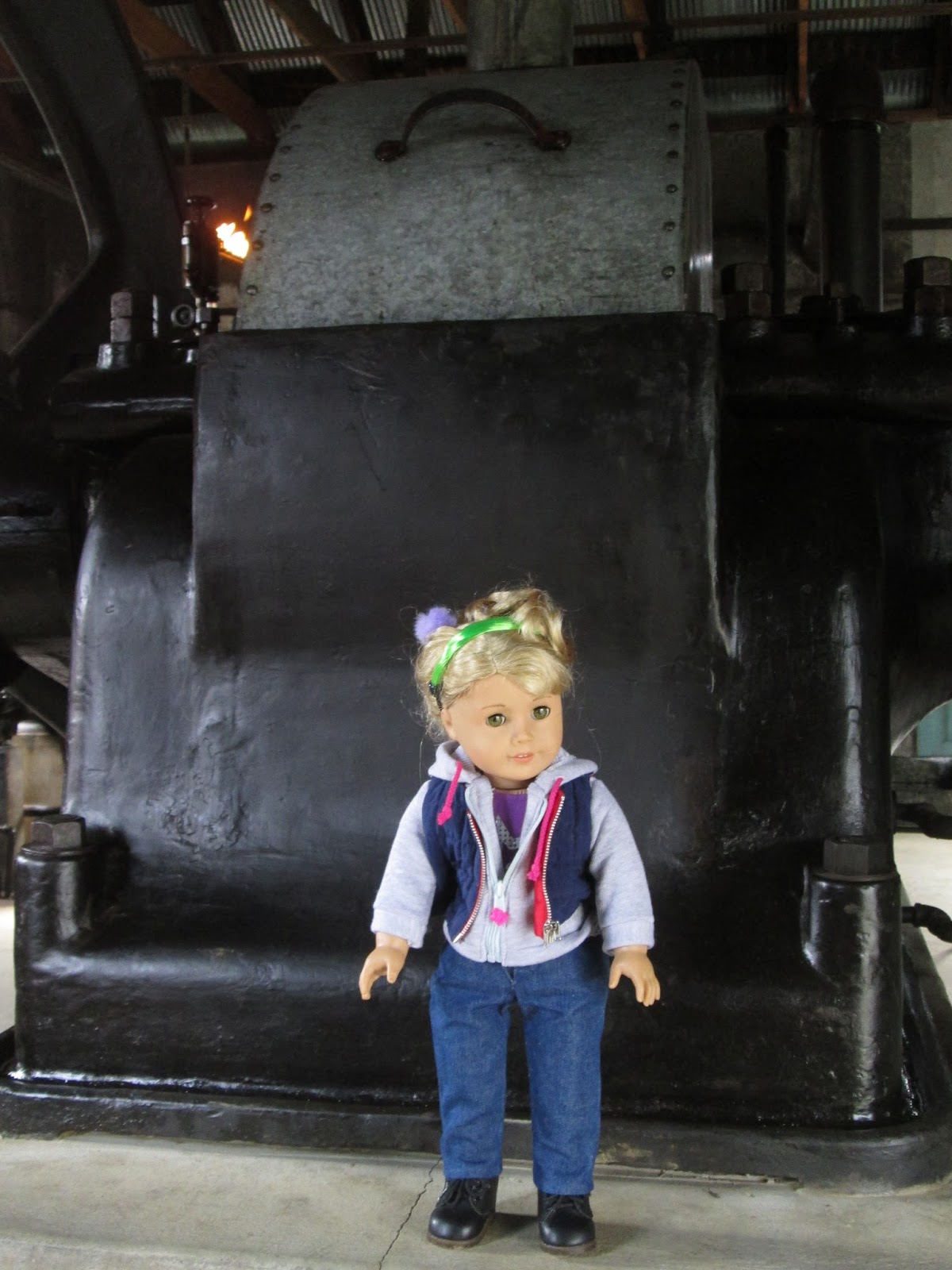 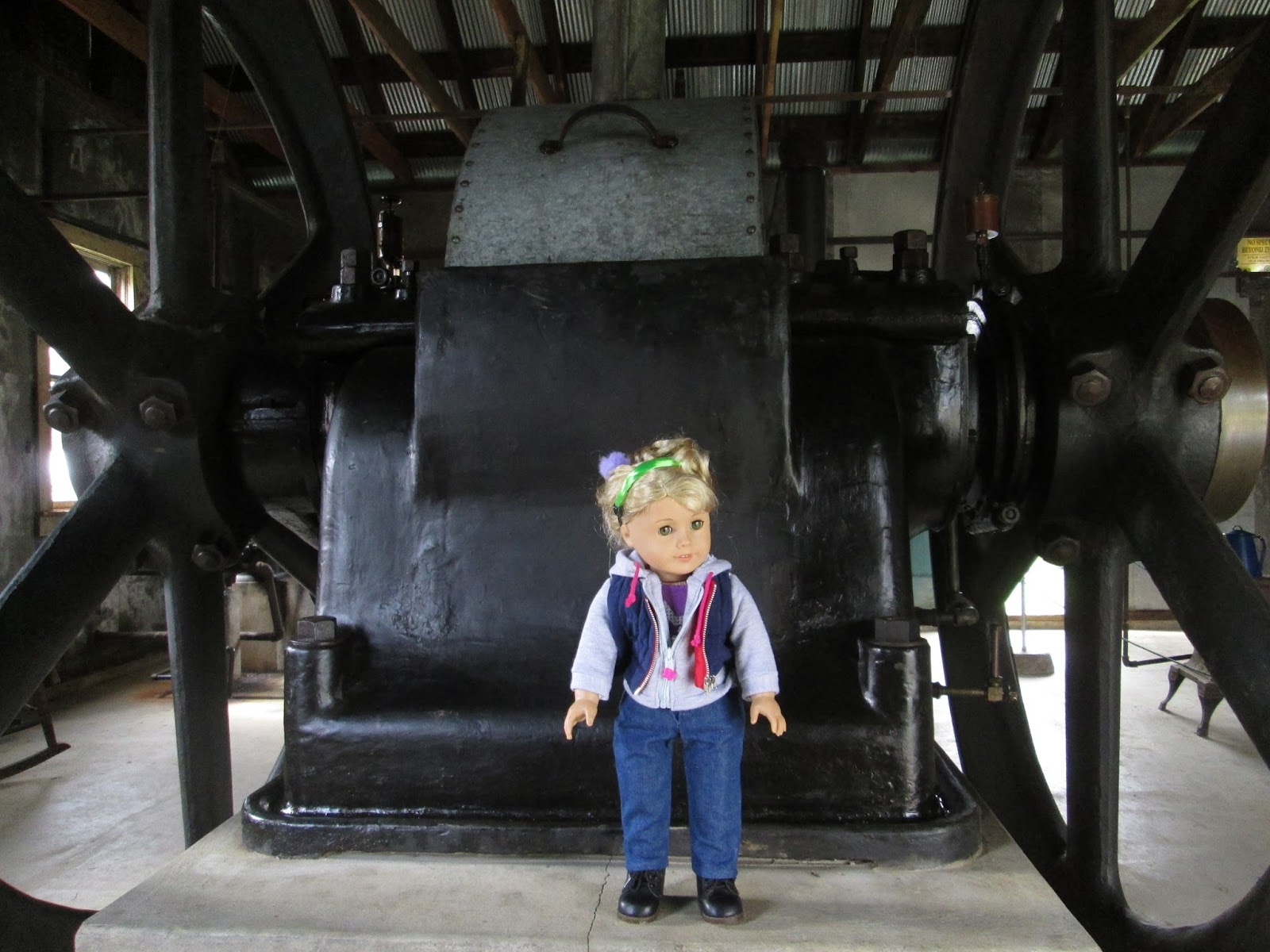 Not as big as the Snow, but still huge to me. This is a 65hp engine; Xyra's favorite, the Hornsby-Akaroyd is 35hp; the Snow is 600hp. That's mega, super huge!

Melody and Kaya also posted pictures from this exhibit. It's located next to the Power Technology Building on the Annex end, so very easy for us to visit.

I hope you are enjoying my trip. One more day to go. Hope to see you again soon.


Note: We were given permission to go behind the ropes to take our pictures. All pictures close to the engine were taken while it was not running. Never touch a running engine; stay back and stay safe by just watching it run. Also you shouldn't touch or climb on any machinery (running or not) without asking the person in charge.

Exhibit Details
To learn more about The Windy City:  when you click the exhibit link, scroll down to Windy City and click TOUR. There are 9 pages of information and pictures to give you more detail than Lanie did. There were a few tragedies at the plant early on, these are described and might be a bit disturbing to some. Please skip those brief passages.