Today started off with a lovely cup of blueberry green tea. Nothing added to this at all.  The blueberry gives it a hint of sweetness that is just right. Our favorite blueberry green tea was Trader Joe’s, but it was discontinued. L Luckily, we still have a couple bags stashed away.

So we tried Nature’s Promise version. Xyra and I found it at our local Giant grocery store. 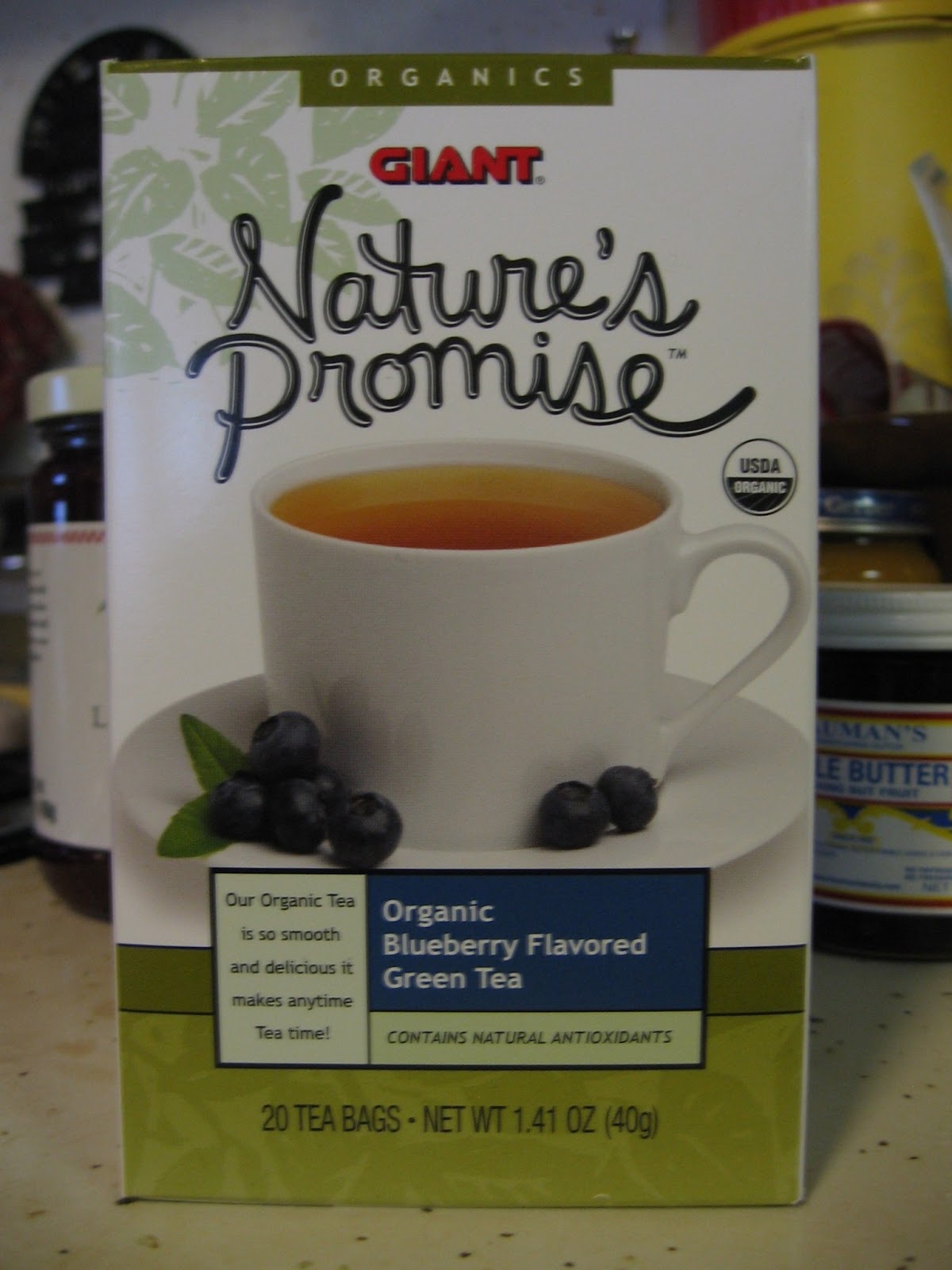 Both Trader Joe’s and Nature’s Promise Blueberry Green Tea tea bags are individually wrapped in clear plastic. I think it’s kind of odd, but does keep it relatively airtight. Not quite as nice as the foil pouches. Definitely better than those just in paper. 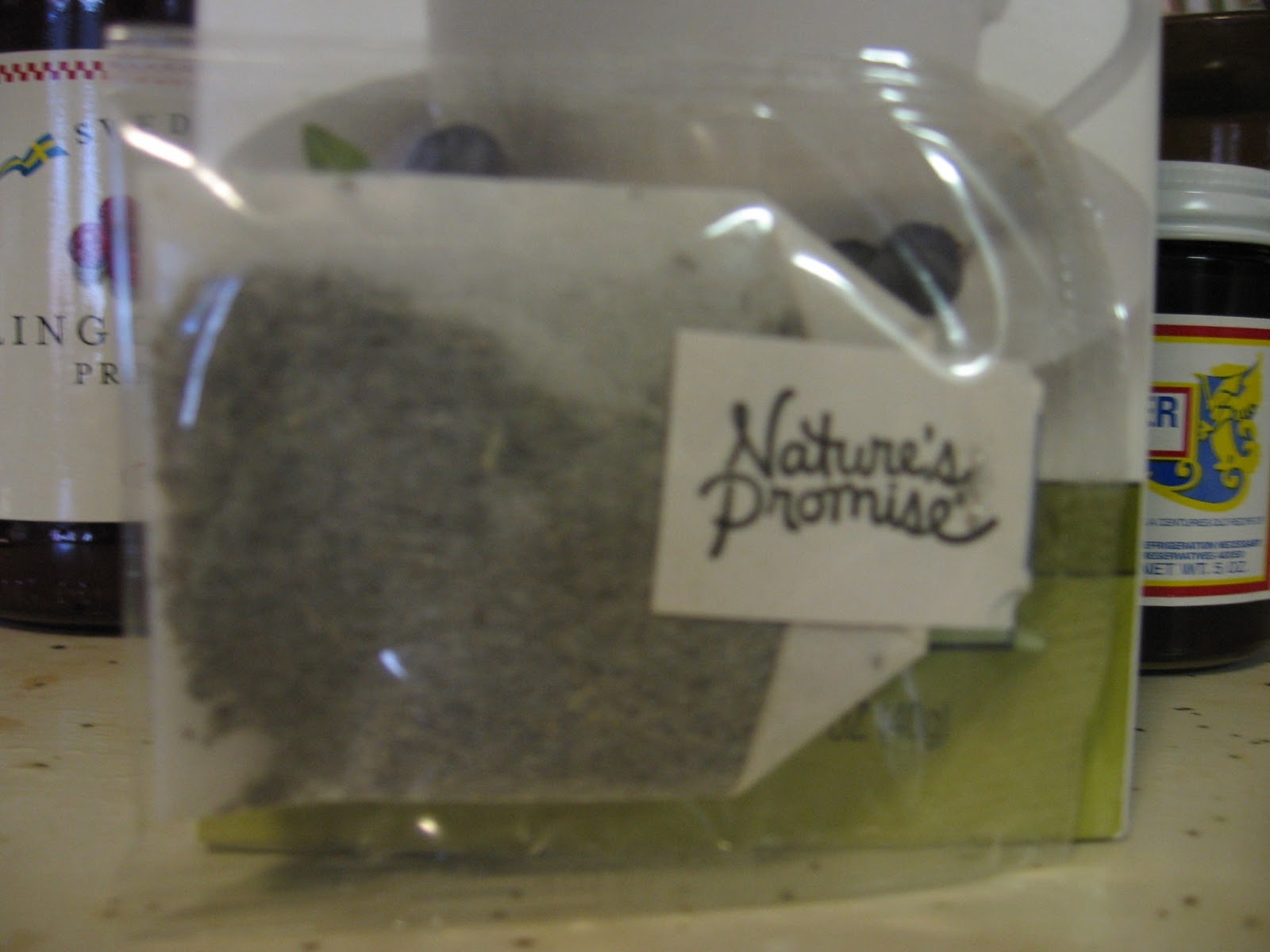 This tea is great either hot or cold, but be careful…if you steep it too long or use too hot water it can get bitter. 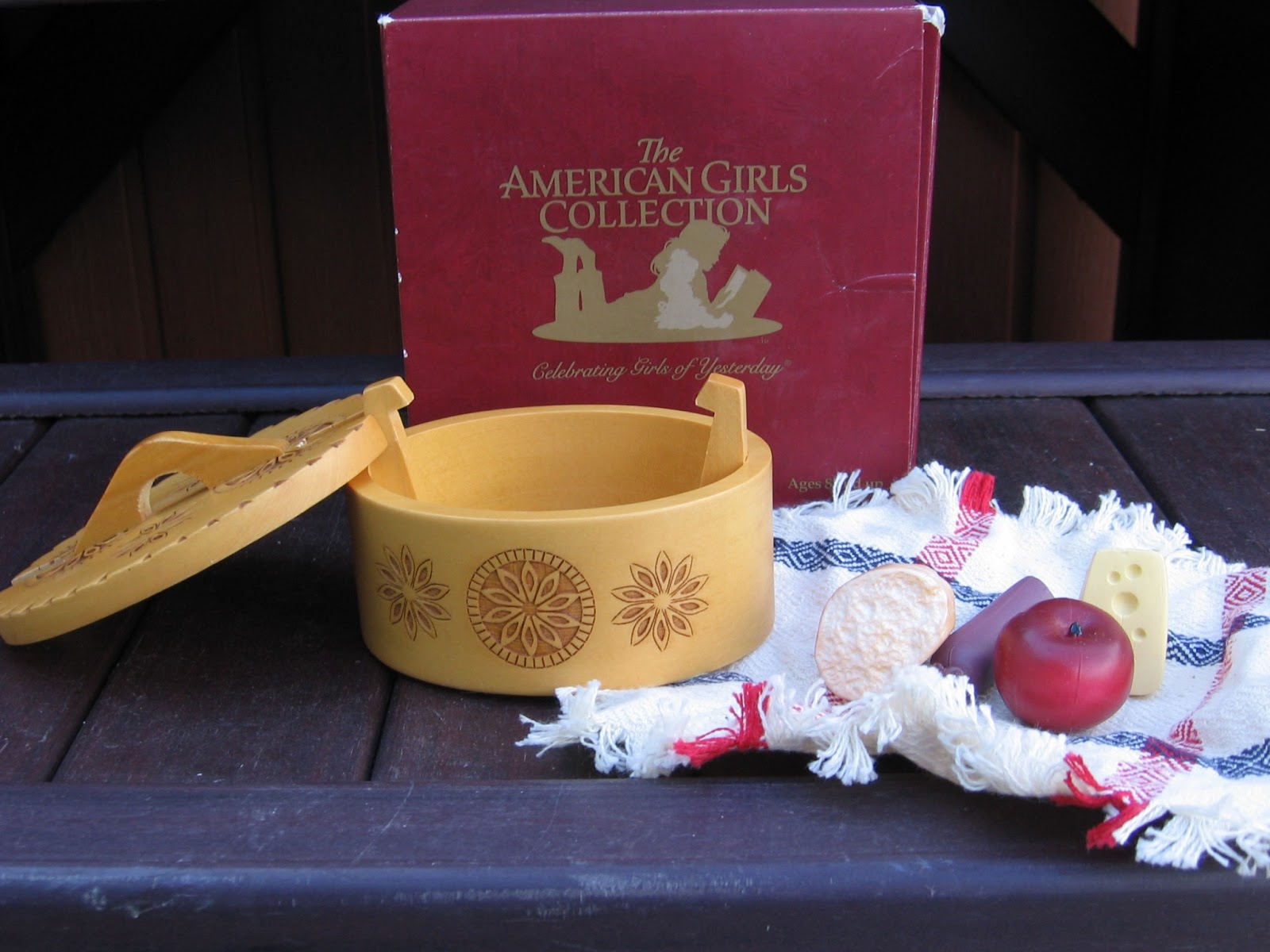 Ours is the later version; the one released in 2000. The oval, wood box is carved with Swedish designs and has a removable lid. Open it to find the tasty lunch of bread, sausage, apple, and cheese. There is also a red, white, and blue homespun napkin. 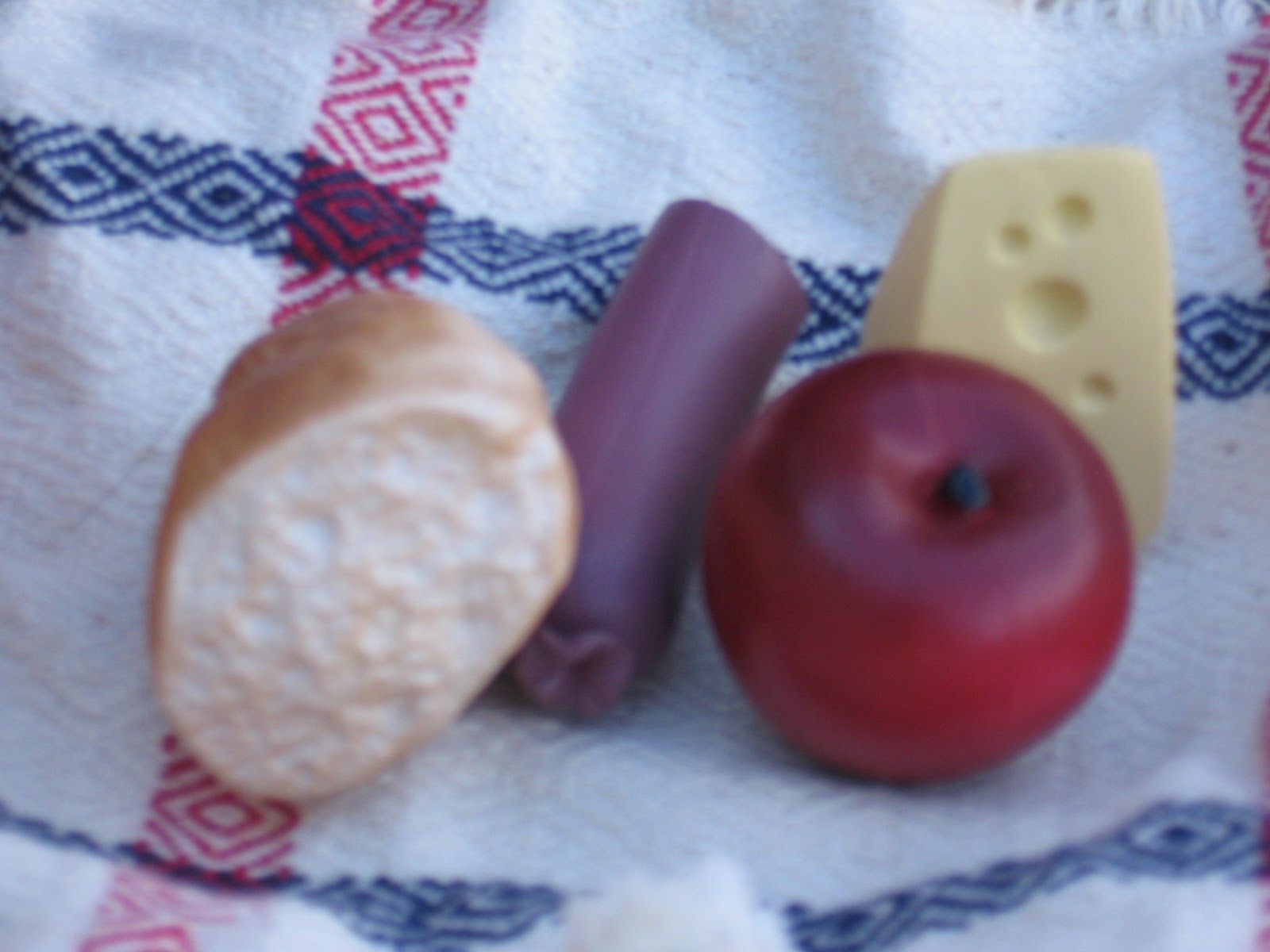 My napkin is wrinkled because I like to wrap it around the food.

The original version, release in 1986, looked like this (Thank you, American Girl Wikia). 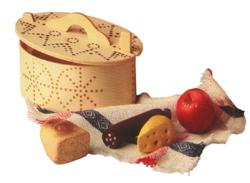 I like mine better, but obviously I’m biased. Which do you like better?
Posted by Xyra Silverleaf at 1:26 PM